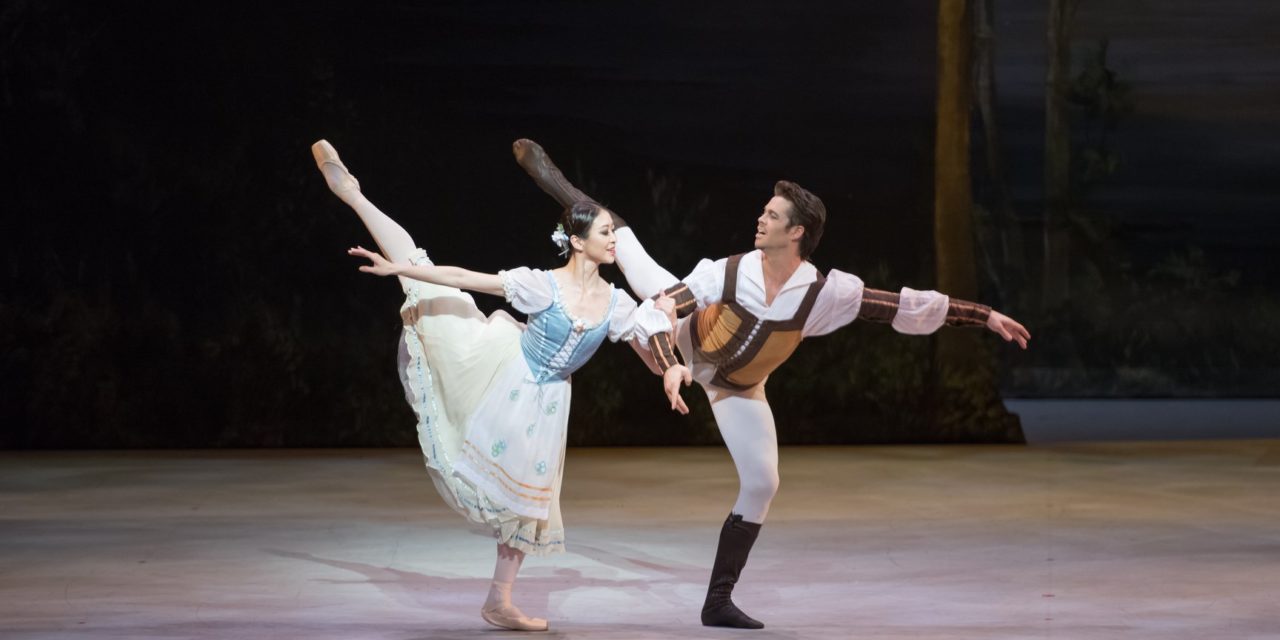 With a new artistic director leading a traditional art form to the frontier, Hong Kong Ballet (HKB) triumphs again with a glorious revival of Giselle, one of the few classical ballets that are so popular that the new HKB production is deemed to be examined by hard-core ballet lovers.

No doubt that the production, choreographed by Jean Coralli and Jules Perrot with music by Adolphe Adam, channels back to the classical ballet root of what HKB has famously known for the past four decades. However, co-director Septime Webre (artistic director of HKB) and Charla Genn revive the classic with contemporary energy. It is a mix of the American-athletic style with the long tradition of European technique-based formality.

The result is exciting. What I witnessed is the textbook definition of how stylised physical movements exude emotions, and with the sufficient acting that the dancers profess, I finally can feel the emotions of the characters in a libretto of a story that is too thin for any deep meaning.

Giselle is one of those classic ballets that one can receive a deep impact solely with kinesthetic elements. It is too hard for such a libretto is to be deconstructed and find new meaning, while the base of the ballet is ‘unrequited love,’ unless one radically turns it into a concise one-act ballet (back in June, Akram Khan’s attempt on the classic showing in the same venue had a promising direction, though the second-half severely damaged the experiment). Adam’s composition gives a strong foundation of emotions with its Romantic approach, while the choreography is detailed enough to keep driving the plot instead of showcasing the corp de ballet without any narrative drive.

Webre and Charla cleverly heighten up the movements with staging that really indicates the characters’ thought process. Grounded acting is highly involved (though there is still room to improve by the dancers) that it renovates the ballet as a piece of theatre through dance rather than a dance piece that has a story. 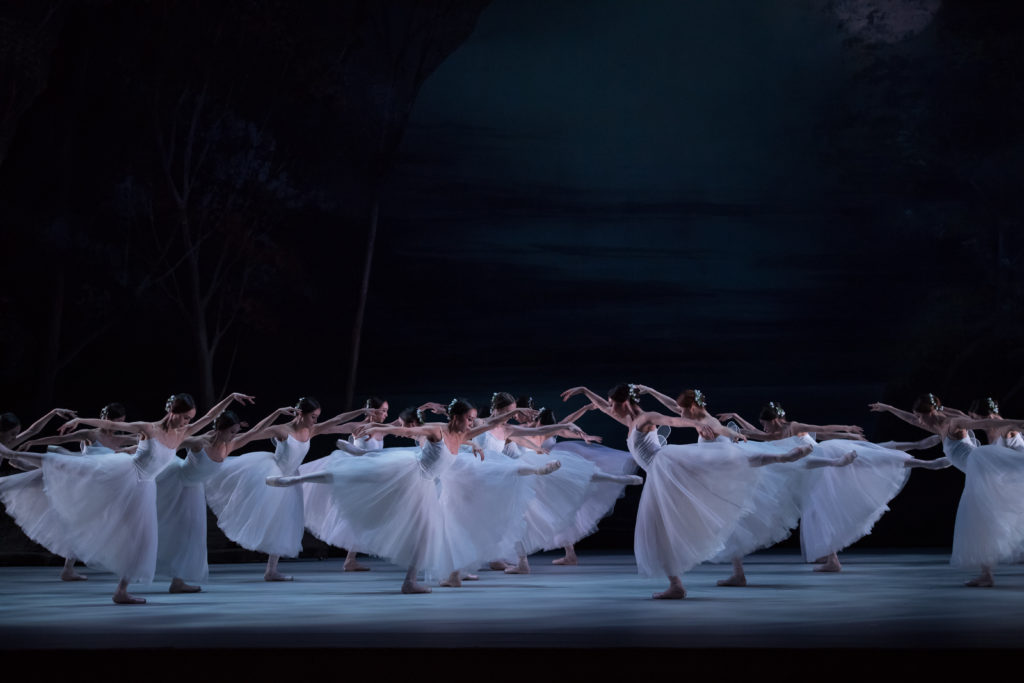 Yet, these emotional indications cannot be fully realised without the late Peter Farmer’s picturesque design of the German country village and Kim Baker’s costume design that matches Farmer’s pastoral-tale-like vision. It is as if Giselle is preserved as a Brother Grimm’s fairy tale that comes to life. With Kwokfai Mak’s lush lighting design that merges with the set, e.g. the moon behind the gritty trees, which slowly transits to the sunrise at dawn under the hand-painted canvas, never have one heard Adam’s music and being transported to another dimension so majestically.

The performance that I saw was the second Saturday night show with company principal Feifei Ye as Giselle and guest appearance Matthew Golding as Albrecht. The whole cast was on their game, brilliantly danced the repertoire, with Golding being charismatic and standardly in shape as the handsome count, while Jun Xia and Ruixue Dong as the Peasant Pas de Deux highlight the night through their techniques with extremely consistent energy. Not to mention Qingxin Wang rightly performs the cold Myrtha with exceptional feats. The corp de ballet which generates the wills in Act II showcases its brilliance as an ensemble.

One of the most exciting elements of my Giselle experience is Ye as the innocent heroine. Previously, I worried that Ye might be too mature and sophisticated to handle such a character, but her entrance instantly dissolved by worries. While she flutters all over the stage with her elaborated skills on performing the difficult repertoire (those pirouettes and pointes are the reasons why Giselle is a classic), Ye embodies a sense of innocence not just through her acting, but her movements.

I do not know how to describe but whenever she moves or poses, Ye delivers strong affections through the pathos from her body. It can be just a gesture to indicate happiness, but one would not feel the emotions to be unreal. Instead, Ye does not need too many facial expressions to tell the audience how Giselle thinks and feels, her movements already fulfil the objective. I rarely cried for a ballet show (except Christopher Wheeldon’s The Winter’s Tale), but when I saw Ye lifts up her leg to start her solo in Act II, my eyes are wet, feeling her gushing emotions attached to her body of forgiveness.