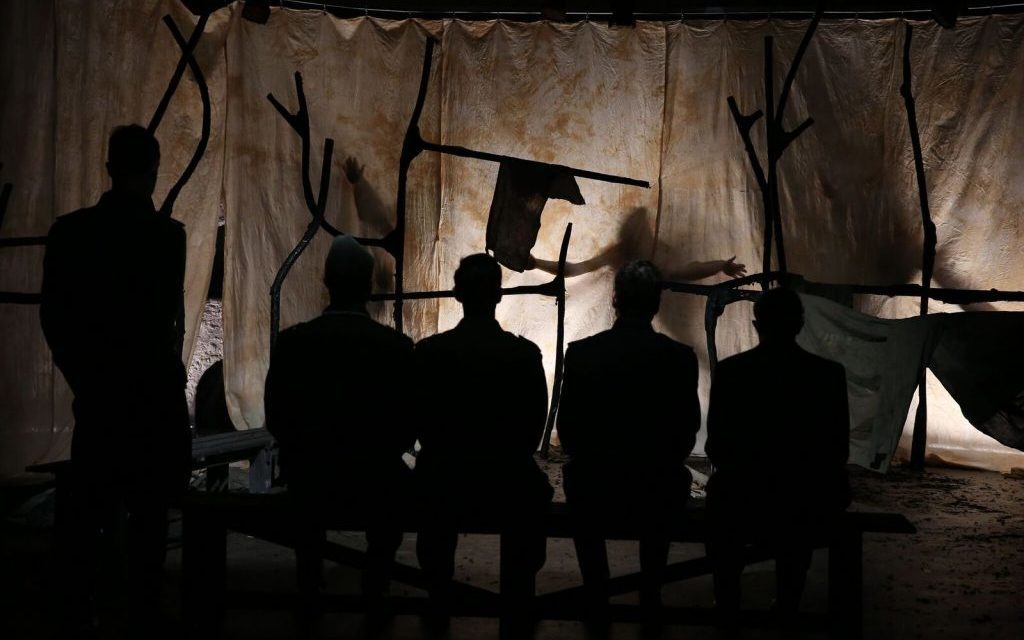 In taking it upon him or herself to depict the horrors of the Holocaust, the artist assumes an awesome responsibility and enters highly contested political and aesthetic territory. Certain German philosophers have suggested that Auschwitz brought about a crisis of representation, calling for a radical reassessment of the nature and purpose of art in our now-mutilated world. Scholarly debates on the subject often focus on how to honor the memory of those murdered by the Nazis without sentimentalizing, totalizing, or inappropriately proffering a narrative that involves redemption, and these debates (Shoah or Schindler’s List?) have themselves been so popularized that they have become the stuff of date-night conversations on the popular television show Sex and the City.

But Nicholas Tolkien apparently lives in blissful ignorance of these concerns, and has written and directed Terezin, a remarkably naive melodrama about the prisoners of the Theresienstadt concentration camp and their captors. Lights up on Violet, a terrified Jewish girl hiding under the floorboards from the Nazis. Within the first five minutes of the play she (and we) will be forced to watch her parents brutally murdered in front of her. It bodes ill that Sasha K. Gordon, the actress playing Violet, is already hoarse during the subsequent, extended weeping-and-wailing sequence, as this sequence is only the first of too many to count. Violet is deported to Terezin, the camp for “prominent Jews,” along with Alexi, a beautiful and talented young violinist, and the girls help each other to survive the next two-plus hours of violence, depravity, and unplayably bombastic dialogue on the order of “You can take our lives, but you can never take our music!”

Given the considerable impediment presented by the text, the multi-ethnic cast does some respectable work, though they do it in a confusing array of clashing accents (real, fake, and inept). Tolkein’s direction is marginally better than his writing. I even felt a feeling once, during a scene in which three young girls are forced to feign insouciant joy for a propaganda film by stripping down and jumping into a swimming pool repeatedly. This harrowing moment is eloquently rendered with buckets of water and expressive physicality, but a handful of such poetic visual flourishes cannot save this production. Tolkein has borrowed the backdrop of the Nazi genocide to heighten the stakes of what would otherwise be a trite, yet convoluted, collection of subplots about fathers and sons, unrequited love, dreams deferred, and innocence lost. If he had decided to try his hand at playwriting by presenting us with an incompetently assembled light romantic comedy, I would have left the theater feeling as though I had lost two hours of my life that might have been more pleasurably wasted elsewhere. But a play this bad that features the Holocaust as its subject matter is odious and offensive in addition to being a waste of time.

Written and Directed by Nicholas Tolkein