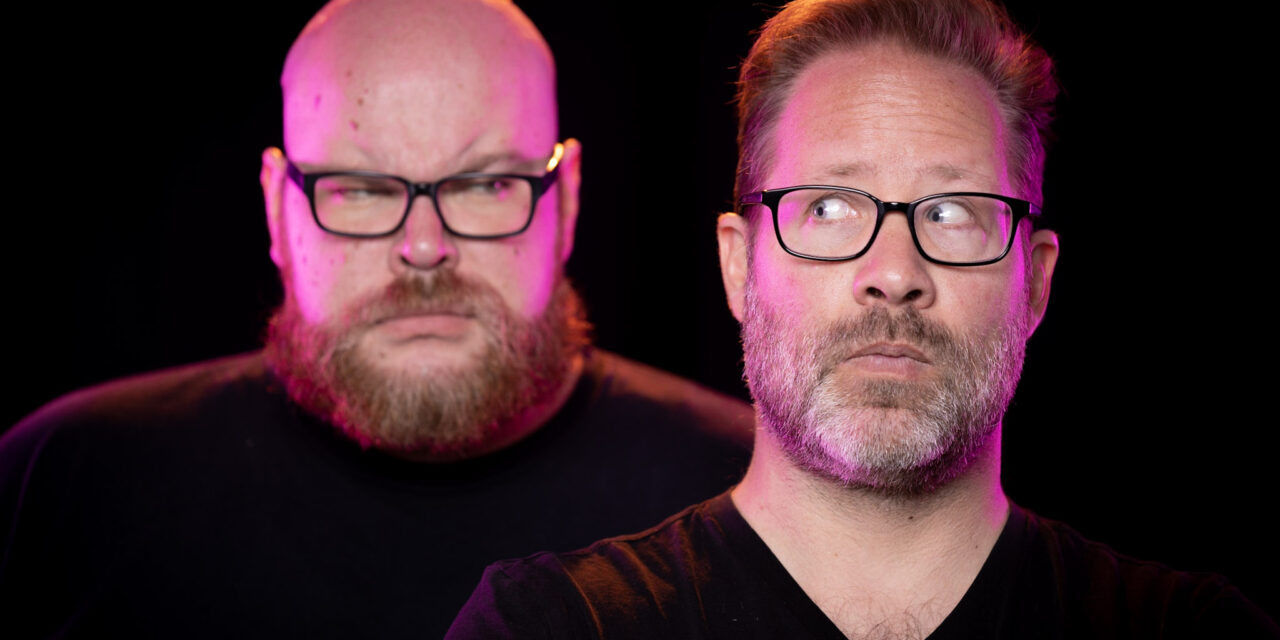 Hollywood Fringe’s cup runneth over when it comes to solo performances and Matt Ritchey has got the worst/best one on the schedule with Blackboxing – that is, it is the best one that generally pokes fun at, roasts and otherwise completely skewers the very idea of a solo show and represents the worst example of a solo show you can possibly imagine.

Matt is Travis Acedia, and I wish I could hand you all the program I was handed before entering the theatre.  It has so many typos, it almost takes work to find the words that aren’t misspelled.  It is one sheet of paper that is badly folded in half and if you flip from the cover to the inside, everything there is upside down because obviously, Travis doesn’t understand how 2-sided copies work.  Travis’ show is called “My Cry for Help”.  The music, sound effects, and program are by Travis – who also wrote, directed, produced and ‘Performewd’ it.  There is one song credit entitled “Confusion Hath Made Her Masterpiece,” written by a ‘friend’ of Travis’ named Wayne Scotting [say it three times fast] that is ‘Prformed’ by Travis.  He quotes from Nine Inch [or in this case ‘Inh’] Nails’ Hurt and dedicates the show to his parents.  In other words, he sets us up for a painful ride and then delivers a thoughtful, surprisingly emotional love letter to the theatre. 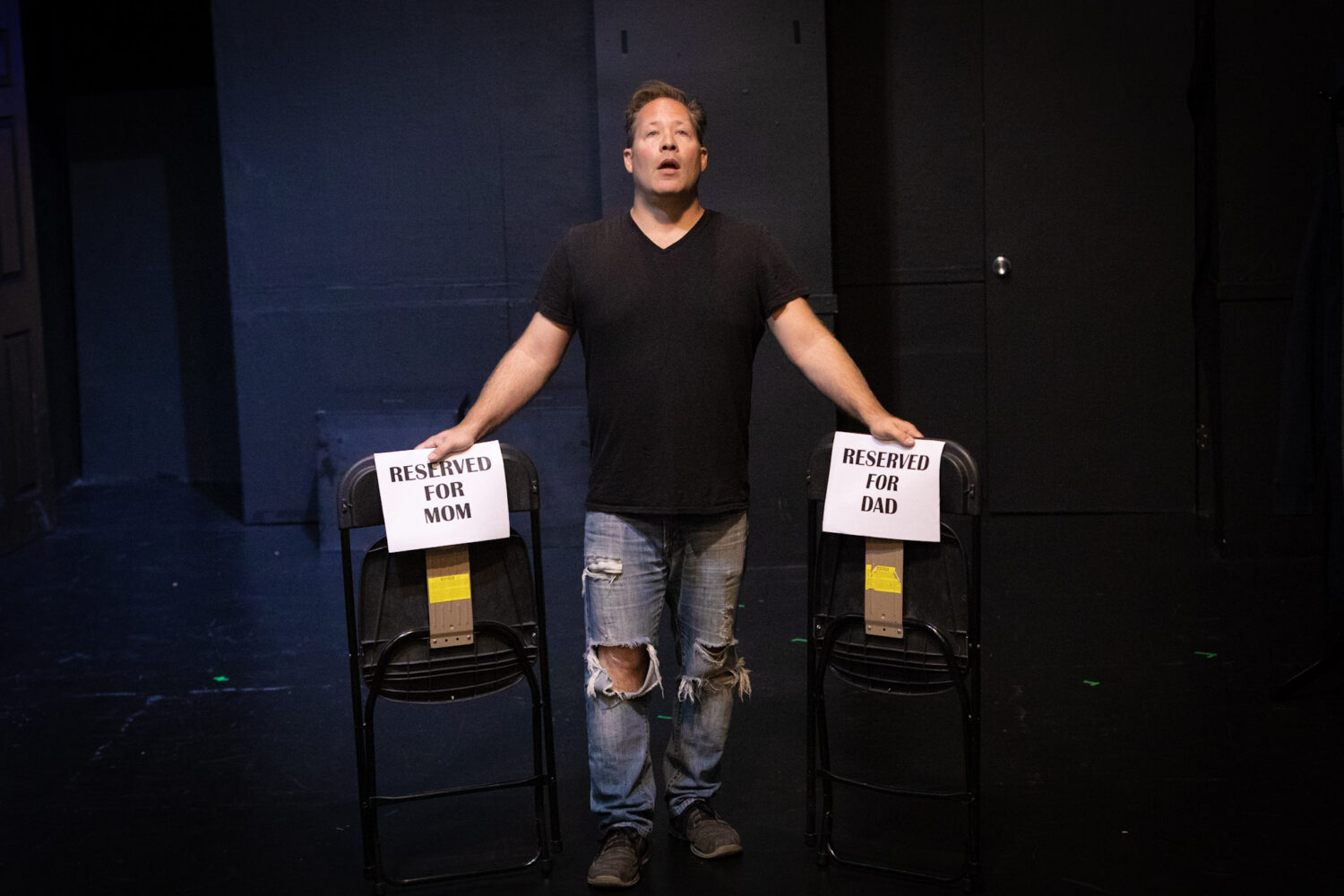 Written and performed by Matt, directed by Matthew Martin and both featuring and stage managed by Jim Niedzialkowski, “Blackboxing” may not be quite as funny for people who don’t understand just how excessive 217 cues is for a 45 minute show that is part of a festival like this but it doesn’t take long to get everyone in the room understanding that Travis is not ready for this.  He doesn’t have enough money to fully tech his show so he decides to skip sections.  He makes Jim wait while he makes a call to follow up on his Lexapro prescription then starts his show as his five-year-old self before he gets into his story about arriving in LA and all of the other things Travis has planned.  This is not Jim’s first rodeo, however, and he hasn’t eaten anything or had a bathroom break in what is probably hours so he’s blunt with Travis, giving him feedback, telling him what to do and what not to do whether it is welcome or not.   Travis calls him a ‘techie’ and generally dismisses his input but once Jim deduces that Travis is putting on this one-man show as a way to let his parents know he’s depressed, the relationship goes beyond the actor/stage manager realm and hijinks most definitely ensue. 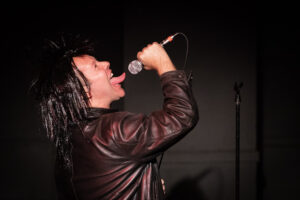 From bluesman [yes, it is uncomfortable to watch] to British rocker to Travis wanting to tell the story about how he got to Los Angeles [Jim tells him, absolutely not] to interpretive dance to puppets that Travis seems to have forgotten at work, “My Cry for Help” is all over the map but the actual play we are watching is right on target every step of the way.  Tech ends with an explosive shouting match and Travis tells Jim to go screw himself.  The show transitions into opening night.  During tech, Travis had set up two folding chairs in the front row reserved for Mom and Dad and now, for his first performance, as his pre-show speech dedicates the night to his parents, lights fall on those empty chairs.  Travis has changed the order of his show and opens with a bit about his best friend whose name is Depression.  Depression teaches us about the ABCs – “Always Be Crestfallen,” then Travis morphs out of Depression into ‘The Scottish Guy’ [he refuses to say the name, even in performance] and proceeds to deliver a mishmash of a speech that references bits of Hamlet, Henry V, and both Macbeth. 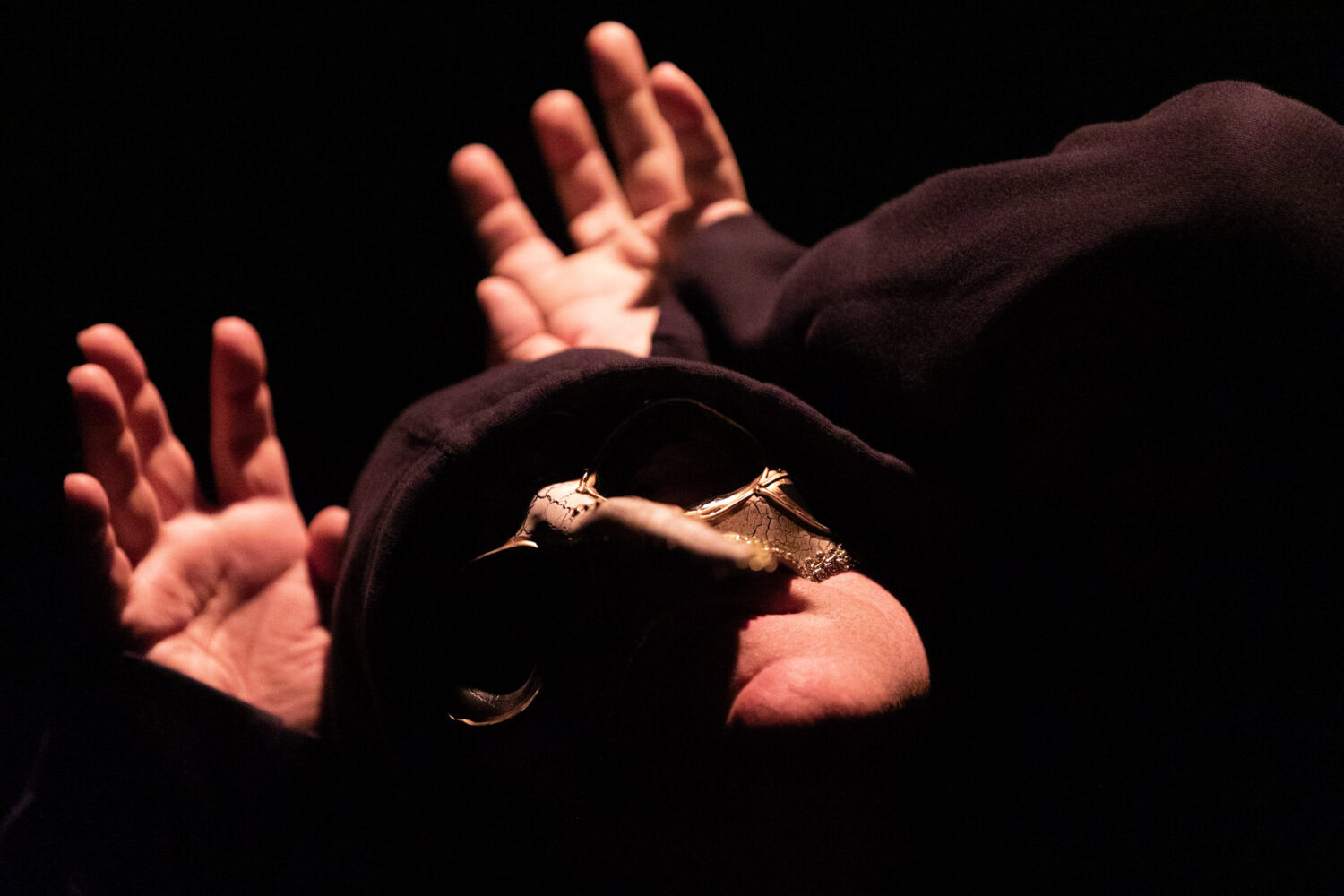 Travis tries to hold it together but Jim doesn’t forget the insults or injury and he torments the actor from the booth with Can-Can music and the wrong light cue until Travis shouts something that gets Jim out of the booth and up onto the stage.  That’s when Travis comes clean with Jim and admits all of his fears as he describes the monsters that plague him in his head.  Jim tells Travis that he’s doing the right thing and that he’s going to be okay and he gets him on track to finish the show, and that’s when you realize the show has snuck up on you and if you are feeling rundown, on the edge or alone in this theatrical landscape, this simple act of empathy makes everything better.  Travis’ phone rings, and it turns out it’s his parents who have been trying to park and failing [the parking situation at Fringe is absolutely atrocious].  He promises to share the show with them on the ride down to Disneyland [which gets a roar of laughter from the audience] then faces the audience to say “My life here started off really rough… but it got better.” – and that’s when Matt Richey proves he knows how to pay off a bit in the best way possible.  Come for the interpretive dance, leave with the knowledge that theatre has once again come to someone’s rescue.