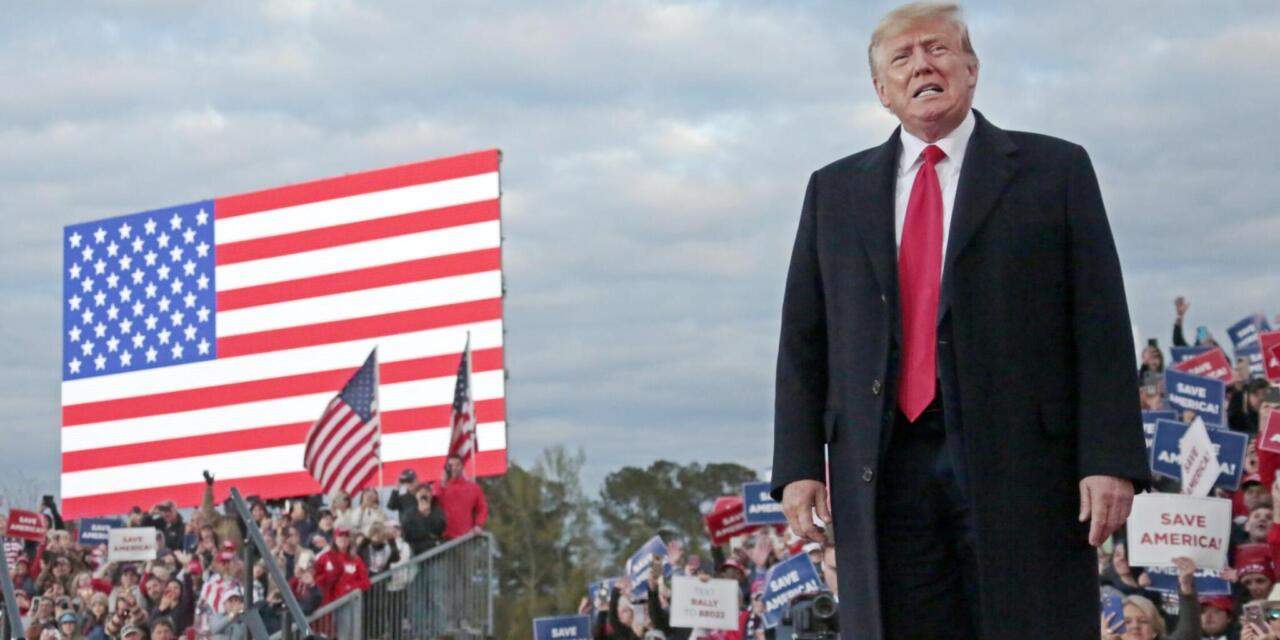 Why did 46.8% of Americans vote for Donald Trump in the 2020 election? Why did approximately 2,000 of them attack the Capitol building? Why do 54% believe Joe Biden to be one of the worst Presidents in US history? They can’t all be “deplorables”, all ill-educated bigots or self-interested cynics. What do they actually think?

On the Left there is a tendency to see conservative ideas as a deficit of progressive ones. The Left is about hope and rationality, the Right is about fear and blind emotion. The divide is cast in psychological rather than political terms.

Will Arbery’s play Heroes of the Fourth Turning, which ran on Broadway in 2019, and has just closed at Red Stitch Theatre in Melbourne, treats conservative ideas as a matter for serious examination. The focus is on ideas. The play isn’t about personality clashes or party feuds. It is about the moral and intellectual concepts informing the political Right today.

For those wanting to go beyond appalled op-eds and documentaries where cherry-picked interviewees roll out QAnon weirdness, the play offers a unique opportunity to plumb the mental universe of the Right and take stock of its variety of commitments.

It also assists in discerning where cogent conservatism metastasises into something much uglier. This too is a focus of the drama. Arbery’s achievement is that he shows how easily it can happen – how the best ethical commitments are destroyed when expressed in extreme form.

Heroes of the Fourth Turning, which takes its title from William Strauss and Neil Howe’s controversial 1997 book on generational cycles of change, is set in the backyard of a small house in Wyoming, America’s least populous state.

Justin, Kevin and Teresa are alumni of Transfiguration College, returning for the inauguration of a revered teacher, Dr Gina Presson, as its President, the first woman so elected. A fifth character is Gina’s daughter Emily, suffering from an unnamed degenerative disease and in more or less constant pain.

The College is a bastion of conservative Catholic thought. Its syllabus is erudite, holistic, and religiously based, with 2000 years of Church learning behind it. Students take classes in conversational Latin and horse-riding. They graduate imbued with high moral purpose. This is reflected in the structure of the play, which is two hours of solid talk threaded around one vital question: what does it mean to live a good life?

Heroes of the Fourth Turning does not have a “compelling story”. The narrative element that Aristotle thought essential to drama is not absent, but it is slack. Nor are the characters outsize or especially charismatic.

They sit in a middling realistic register without much backstory. They are like people one meets at a dinner party memorable for what Kevin would call a “big conversation”. The vacated space is taken up instead by a fast, charged and confronting exchange of ideas.

It is impossible to briefly summarise the thematic terrain Heroes of the Fourth Turning covers. “The good” the characters contest involves a constant shuttling between differing opinions, experiences and feelings. Given the Catholic milieu, a shared point of hostility is Roe vs. Wade i.e. legalised abortion.

But even here, there are a range of views. On the one hand, Teresa is immovable: abortion is murder. On the other, Emily, the most open minded of the group, has worked in a front-line agency for single mothers, and takes a wider, gender-based perspective:

EMILY Okay so let’s say it is a Holocaust, okay… Let’s say the babies are the Holocaust victims – what does that make the mothers?

EMILY Do not tell me they’re the Nazis. Just don’t. Do not.

TERESA I wasn’t going to. I just… mm. I think maybe some of the mothers are victims too… It’s not a one-to-one correlation.

EMILY I just think you’re not looking at it from the perspective of these women, Teresa —

TERESA You’re allowed to like your abortionist friend Olivia. But you’re not allowed to tell me that she’s equally as good as you… She’s contributing to a genocide… She’s on the wrong side. You’re on the right side…

EMILY Well I feel like all I’m asking for, all I’m ASKING for, is just a bigger dose of empathy —

TERESA Oh don’t with the empathy. Liberals are empathy addicts. Empathy empathy empathy. Empathy is empty… Empathise with someone and suddenly you’re erasing the boundaries of your own conscience, suddenly you’re living under the tyranny of their desires. We need to know how to think how they’re thinking. From a distance.

Teresa is both an intriguing and disturbing figure. Smart, beautiful and articulate, she has mastered the rhetorical tricks of the theological disputatio – tendentious definitions, extreme examples, clever use of emotive terms. She is a formidable debater and in the world of Right-wing blogging, a rising star.

But does she control language or does language control her? The play’s climactic scene is a bruising confrontation between Gina’s older, John Birch Society anti-Communist conservatism, and Teresa’s Steve Bannon apocalyptic millennialism, with its dire predictions of a race war on (and in) the West.

Drama as a mode of inquiry

You have to go back to Stephen Sewell’s Welcome the Bright World in 1981 to find an Australian play that tackles Right-wing thinking in a non-pathologised way. Hannie Rayson’s Two Brothers in 2005, based loosely on Peter and Tim Costello, starts with forensic intent, but blows-out to melodrama. Compounding this is the widespread belief that drama is not a serious mode of intellectual inquiry.

Not true. Drama is an engine of discovery as powerful as Q&A or media reportage, but different from them. It has this remarkable advantage: it puts humans beings under the microscope along with what they say, linking opinions to emotions, actions to experience, so we gain understanding not only about what people think, but why they think it, and the values that make them to cleave to their views.

Surprising insights can flow from such imaginative exercises. One observation about Arbery’s play, for example, is how much of the dialogue, with a few changes of keyword, might be a discussion on the Left.

In this, it reflects public debate today, where rival positions reject each other’s claims in identically absolutist tones. “This is the problem”, Teresa exclaims, “no one knows how to debate, we literally can’t hear each other”.

Teresa certainly can’t. She’s locked in an echo chamber of her own making. In a thoughtful, careful, and compassionate way Heroes of the Fourth Turning tries to open the door of that chamber and start a new big conversation.

This article was originally published on The Conversation on April 18, 2022, and has been reposted with permission. For the original article, please click here.