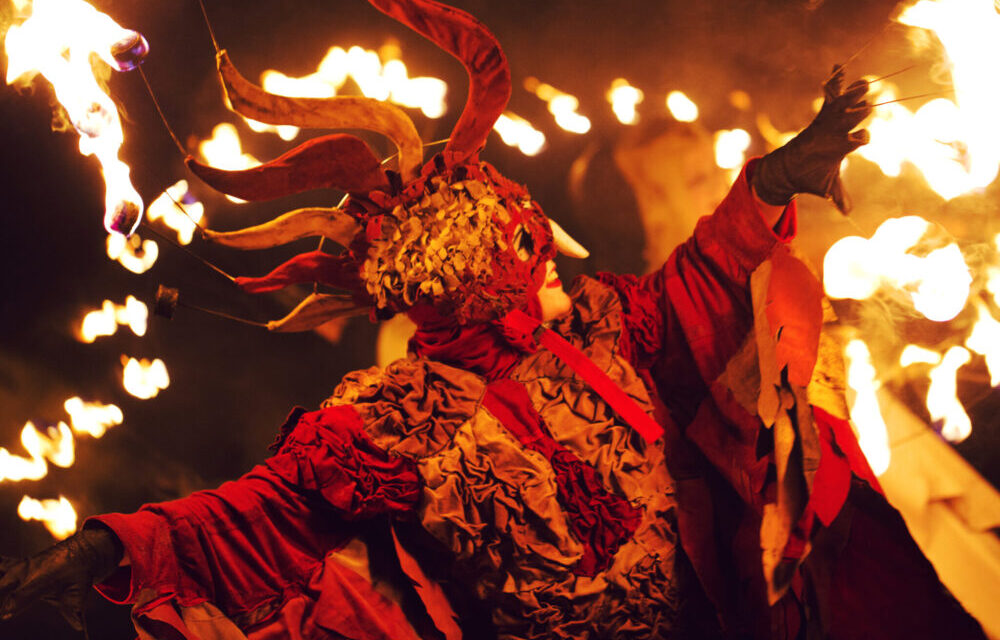 The Isle of Youth 2021 was a two-day (PhD) student conference held on 11-12 May 2021 as part of the Twelfth Between.Pomiędzy Festival. Plamen Radev, theatre director from Bulgaria, and co-founder of FIRE THEATRE Mime Company, was one of the invited speakers.

September 2014. Аmong the ruins of the Roman city of Serdica, located in the heart of Sofia, today’s capital of Bulgaria, in the courtyard of the Presidency, an independent Bulgarian theatre company called FIRE THEATRE presents a spectacular outdoor performance inspired by the history and culture of the ancient city. The performance, entitled “The Memory of Fire”, blends in an unexpected and original way the poetic art of pantomime with the expressive possibilities of fire performing. It’s the last part of a trilogy started two years earlier and using the same striking theatrical language. Because of its originality and innovative form of expression, the spectacle has been chosen to be presented during the 16th prestigious international festival for puppet and street theatre “Puppet Fair”, along with the performances of street theatre companies such as Malabar (France), Teatr Biuro Podróży (Poland), and HELIX (Greece)….

After the performance, the Director of the festival, Kiriakos Argiropulos, approached my creative partner Elena Pap and me, saying, “Congratulations, your company has found its face already”. An unexpected comment and important words of recognition from an experienced theatre specialist, which marked an important milestone in the theatrical adventure of our lives.

Our “quest” started in 2006 – twelve years after the actual birth of our company, which is amongst the first Bulgarian independent theatre collectives, created in the early years after the fall of the communist regime (1994). In the beginning, we based our theatrical work on the language of Mimedrama – looking for the inner fire, speaking through the poetry of Mime art about the life and path of the human spirit. Involving living fire in our performances was a natural step for us – being artists who had named their company after this powerful element and who were “burning” for the theater (and still do – even after almost 30 years of work). This decision corresponded to our desire to use in our performances as many natural elements, energies, and means of expression as possible (in this respect, we are ardent admirers of Edward Gordon Craig). It was also very much in line with our creative credo, expressed in the company’s motto: “When it’s so dark around, let’s think about the Light” (advice that the great Russian artist, theosophist, and traveler Nikolai Roerich addressed to humanity at the dawn of the last century). This led us to create a new original type of theatre. We named it FIRE DRAMA. 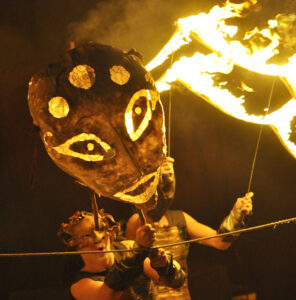 We define FIRE DRAMA (FD) as:

A complex form of outdoor theatre, where two basic elements coexist and interact in symbiosis: DRAMA and FIRE.

It is based on a synthesis of and dynamic balance between the Drama (the dramatic action, performed through the interactions between the actors, as well as between them and the environment and the audience) and the Fire – in their inner strength, semantics and impact.

For us, doing DRAMA means to express in an active, visual, and impactful way the inner life of the human spirit. It is an Art of making the invisible visible through Action. The content, the meaning, and the message of the performance are very important. In FD we are looking for the intangible, universal level of experience.

As in pantomime, the expressive, “speaking” human body is the MAIN INSTRUMENT for conducting the content and actions in FD. The Actor freely, competently, and legibly expresses his/her inner feelings, experiences, thoughts, and emotions through his/her body (movements, energy, actions) and presence. Those acts of expression of the content take place through embodiment/personification – a dramatic and aesthetic experience leading both the Actors and the Spectators to catharsis. The DRAMATIC ACTION follows its inner life and logic, its DYNAMICS and DEVELOPMENT.

On the other hand, working with FIRE, the actor has to bear in mind that he/she is ALIVE, POWERFUL, AND INDEPENDENT. Fire has its own energy and time characteristics. Fire can be influenced by many factors: wind, humidity, air temperature, the materials that create conditions for burning and provide fuel, etc.

On the other hand, intense heat can be really dangerous (for the actors, for the audience, and for any flammable items around it) and must be controlled/mastered by the fire performers.

Working on synthesis i.e. on balance, in FD means, in practice, to work with Light (focus), with Heat, and with Duration: 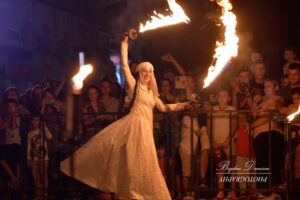 During a FD performance, the Fire may be leading in some moments while in another the Drama can prevail, or they can be also synchronous, symmetrical. What is important is the total balance of the Drama and Fire in the whole performance.

While working on the performance, the creators have to think about both its static and its dynamic aspect (picture – process). The moments of complete synthesis are the moments of a “merging” of Fire and Drama – creating a joint/mutual construction of theatrical content – symbiosis and partnership in building the theatrical message in vision, images, and characters, in dramatic action, tempo-rhythm, in the presence of Fire and Actor.

These are, in general, the basics of our work in the field of FD. We still have a lot to discover and learn. Each of our performances necessarily steps into new and so far unexplored territories related to the use of fire in a theatrical context – so an important part of our work is a laboratory, related to research, trials, and experiments.

So far, we have created nine large-scale fire drama performances, mostly with an international team of actors, musicians, performers, and designers, as well as FD miniatures, one-off events, fire happenings, etc. Our FD spectacles have been presented at theatre and cultural festivals in Romania, Serbia, France, and India, as well as at all major international theatre festivals in Bulgaria. Our one-off performance (made especially for the occasion, in cooperation with another popular Bulgarian collective that works with fire) was one of the highlights during the Opening weekend of the Programme of Plovdiv – the European capital of culture in 2019.  It was applauded by over 5,000 people. Amongst the FD performances created by us we would like to mention: IGNIS: The Revival of Sofia, The Memory of Fire (already mentioned above), as well as our newest project – Metamorphoses based on the popular poem by the Roman poet Ovid.

Part of our work is to train actors for FD, because there is no such thing as a ready-made actor for FD – this is not a subject one can learn in the theatrical colleges, academies, or theatre departments of universities across Europe. We have been doing this for over ten years now, creating our own methodology. We also seize the advantages and opportunities proposed by European mobility programmes (Erasmus +, European Solidarity Corps, etc.) to work with young actors, performers, and designers from the EU and from neighboring countries from Eastern Europe, the Balkans, and the Mediterranean area. Some of the artists that we have trained have already taken their own path and created their own formations or perform individually. We have our graduates not only in Bulgaria, but also in Germany, France, Spain, the UK, Ukraine, Jordan, Northern Macedonia, and Slovenia. We continue to look for ways to cooperate with them – now as partners.

Our most recent effort is to establish a FIRE DRAMA RESEARCH, TRAINING, AND DEVELOPMENT CENTRE open for international cooperation. Since 2019, we have a place for that – located on the outskirts of a small town, 70 kilometres from Sofia. It is in nature – 3 acres of free space for training and rehearsals. Right now we have started to build an open air stage (500 m2) and soon (hopefully) we are going to be able to host there performances, workshops & masterclasses, a summer fire drama academy, projects, rehearsals etc. And, of course, people who are interested in exploring FIRE DRAMA and OUTDOOR THEATRE with us at the Centre are welcome.

Besides developing the field of FIRE DRAMA – FIRE THEATRE gives indoor mimedrama and pantomime performances, outdoor performances in different styles (from traditional Commedia dell’Arte through performances inspired by the far-eastern traditional theatre, clownery, performances with giant puppets, light puppets, airigami (puppets from balloons), etc. We have a special interest in working with local communities. Our project Ayliak Parade, devised for Plovdiv – ECC’2019 in cooperation with Handmade Parade (UK) and Stalker Theatre (Italy), gathered over 800 participants. We also do a lot of work for kids (over 40 performances in different styles as part of the programme “Taste and Values”). In general, we are curious, enthusiastic, and always ready to step into the unknown and try interesting new things that fit in with our worldview. 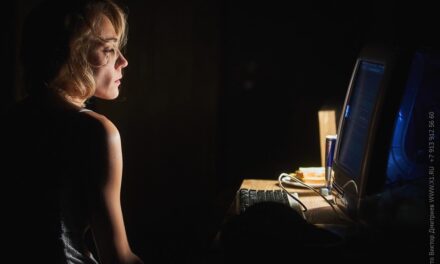