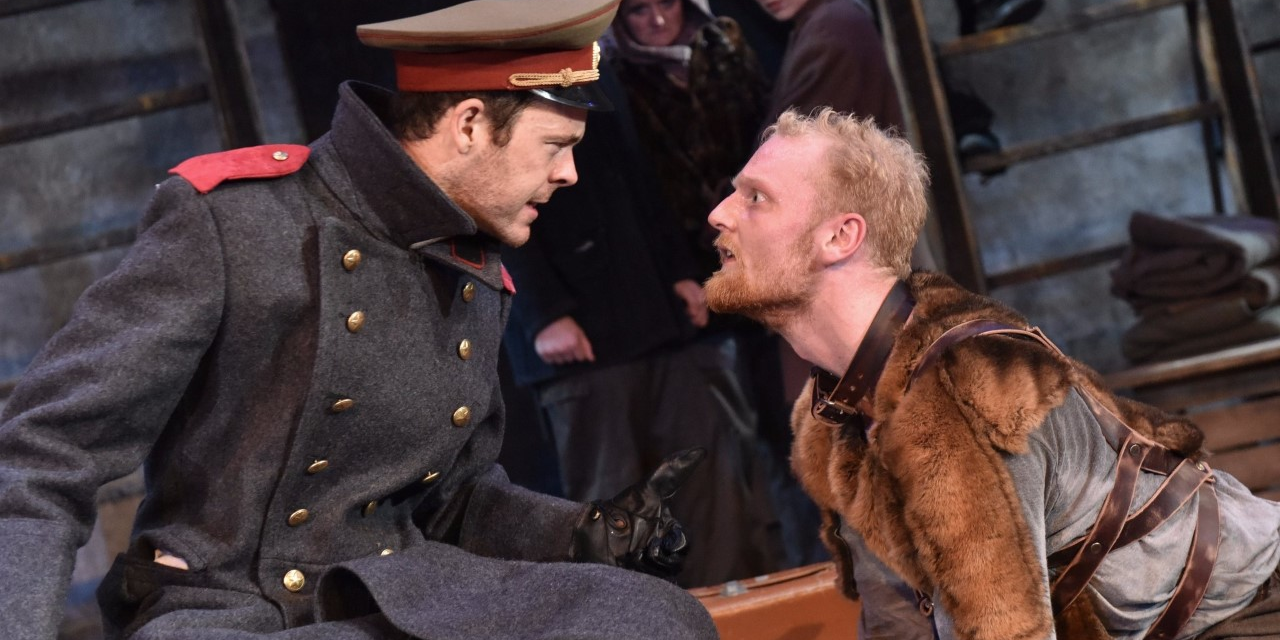 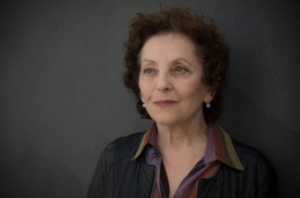 This powerful new stage adaptation of Georgi Vladimov’s cult novel that marks the centenary of the Russian Revolution, will be directed by internationally acclaimed theatre and opera director, a master of European drama, Helena Kaut-Howson, whose adventurous, passionate and imaginative productions, including Uncle Vanya and Sons Without Fathers (Chekhov) with the Belgrade Theatre, have led to her being named one of the top directors in the UK. Helena has directed extensively in the United Kingdom, including the Royal Shakespeare Company, Sadler’s Well, the Young Vic, Glasgow Citizens Theatre and the Royal Exchange Theatre, not to mention her internal span including Poland, the USA, Israel, Canada, Ireland, and Japan.

Faithful Ruslan is your third play based on Russian literature to be performed at the Belgrade Theatre in Coventry. Tell us more about how you discovered Faithful Ruslan and the considerations involved in adapting it to the stage. 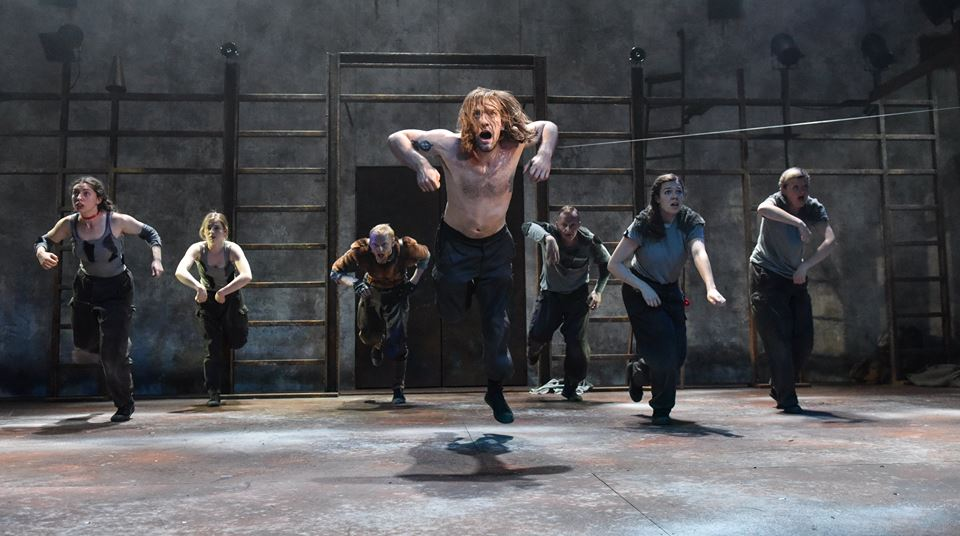 I don’t look at a body of work and chose what I would like to adapt. Sometimes I hit on a play or a book that I think is fascinating, at other times there is a theme that I’m obsessed with and think I want to find something that relates to it. In this case, it was simply that a number of years ago, when the book by Georgi Vladimov came out in English, I read it and thought it was wonderful, knowing that one day I would like to adapt it to the stage. It wasn’t a novel that immediately suggested itself as material for the stage because it was about animals, but I am a theatre person and wanted to see it in the medium that I work in and the medium that I love. I have adapted a number of pieces that were not suitable for the theatre before, making authors fashionable and known to the audience here, like Polish writer Bruno Schulz for instance. I have always been challenged, interested, and fascinated by wonderful pieces of literature, which ostensibly are not dramatic material, but deserve to be translated into another medium, not necessarily because of the subject, but because of other things that make them exciting – their form, preoccupation, etc. Faithful Ruslan is an amazing book, that wouldn’t work on film, despite this being attempted. What makes the book amazing is that the whole world comes from the dog’s perspective. He tells the story and describes the people. It is only at the end, when he dies, that the author, as it were, takes over, but before and throughout, we see the Gulag and all the circumstances that he – Ruslan – is surrounded by from the dog’s point of view. There’s nothing more one could learn about the atrocities or the Gulag system, and the book does not actually set out to talk about the terrible crimes and atrocities, it does something else – and that something else is actually contained in the dog’s point of view. The dog looks at things in a different way. In Faithful Ruslan, the perspective of the dog does not conform to our ideas about the Gulag. To the contrary, he absolutely considered the Gulag prison system, a metaphor for the whole system, a paradise. He looks on the prisons as a sort of collective training where people who are wayward, sick, or mislead can be retrained, and he himself is the tool for that training.

Very often, one can be conflicted as to how to approach the subject of the Russian Revolution centenary. Do we mark, celebrate, or denounce it? Where could we place your newest stage adaptation?

It is to mark and commemorate, it is neither to condemn nor to celebrate. It is to ask certain questions, maybe about what went wrong. It is about looking at the Revolution from the point of view of the deluded Ruslan, as a being that believed in it. Ruslan was a proud, honest, highly principled, and noble creature. If I translate this allegory into human terms, Ruslan is the ordinary Homo Soveticus, he was bred for this and geared towards a particular role.

Your previous adaptation of Anton Chekov’s Platonov, Sons Without Fathers, included some focal points touching on socioeconomic, perhaps even political issues in modern day Russia. Can we expect to draw any similar parallels this time around within the story of Ruslan and the notions of unquestioning loyalty to an idea or cause against the changing winds of history?

We must not abandon an idea only because it did not work, because what we usually replace it with is not always good. Young Chekov’s disillusionment with the period of stagnation in Russia when he was writing Platonov is slightly similar to this one now, because it was a period of stagnation after an event for which Russian people were working for, which the intelligentsia was striving for a very long time – abandoning serfdom. They believed if serfs would become equals with everybody, then the society itself would turn equal, but this did not happen, and the idealists were very disappointed with the way Russia was. I am not blowing any trumpet here, but for young people and idealists, the trend of completely condemning the Revolution – an event that shaped the history of the modern world – might not be acceptable. When I did the play The Lower Depths by Maxim Gorky two months ago, I thought we need to remember the Revolution and use it to make proper accounts of the past century,  of what it did, or did not do, and not just remain in complete disarray. A wonderful metaphor to draw from Faithful Ruslan is when on the day the camps were opened and the dogs spent a very restless night, not knowing about the prisoners leaving, Ruslan is taken out by his master for the last walk on which he would have been shot, and everything from the barrack to the watch tower is covered with such a thick layer of snow that he can’t sniff out the tracks. We are now in a period where everything is covered in a thick layer of snow.

Faithful Ruslan doesn’t only mark the centenary of the Russian Revolution, it also celebrates 10 years since the Belgrade’s B2 auditorium was built onto the original 1958 building. Could you tell us more about your relationship with the Belgrade Theatre? 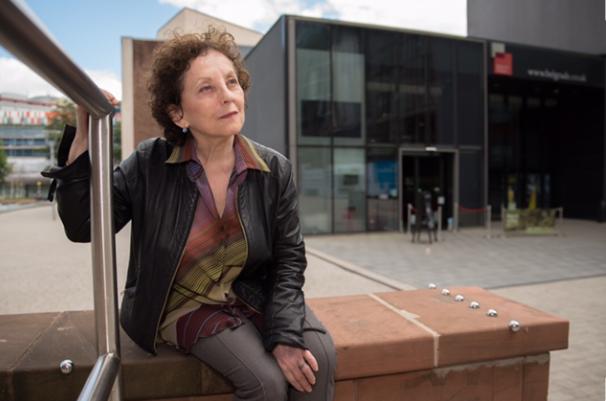 The Belgrade Theatre was given its name because Coventry experienced severe bombing that destroyed a big part of the city during World War II, and after the war, it became a fraternal city to Belgrade in modern day Serbia. The theatre was newly built in the center of Coventry and was called the Belgrade in order to celebrate the twinning of the cities, with a progressive vision of a future where theatres will be for the people. What was more, it was the first theatre to be built with a whole wing that was specifically used as flats for actors – and that does not exist anywhere else. About ten years ago the Belgrade Theatre was taken over by Hamish Glen, current Artistic Director and passionate theatre man. Upon appointment, he said he would only take over if they built a studio. The studio – B2 – was built to his exact vision, a flexible space, to particular specifications. It is very well equipped and the relationship between the audience and the stage resembles that of Revolutionary Russian attempts by Vsevold Meyerhold, Sergei Eisenstein, etc. – a new theatre, where the divide between the audience and the stage is non-existent – the audience is always a part of it. All those things are very appropriate for the kind of work I have liked doing, like being able to present the vital and dynamic Platonov. I hope it encourages people outside Coventry to visit.

What is the most important thing we should strive to ‘guard’ in our societies today?

The idea that we cannot achieve a goal – because human nature is reductive – that I would guard against. In Gorky’s The Lower Depths, written before the Revolution, you could sense the revolutionary in him. He has a character in the play that visits the drop outs at the very bottom of society, and attempts to help them, and when all those dreams reach their destruction rather than their fulfillment – there is only one thing that remains – what is it that we live for? He says, quite simply, ‘to make things better’. Not giving up on idealism, whilst keeping clarity of mind, would be the thing to guard.

This post originally appeared on Russian Art + Culture on August 23rd 2017. It has been reposted with permission.