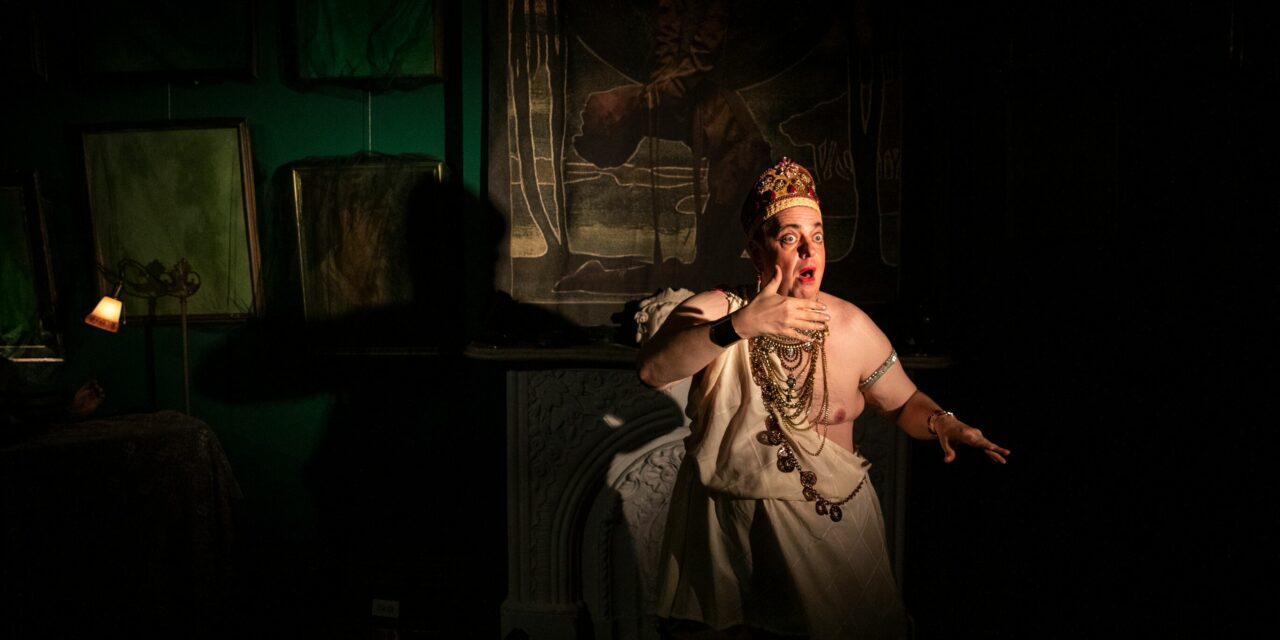 Let Paul Swan seduce you. Why wouldn’t you? He is, after all, the most beautiful man in the world. Or he was, anyway, proclaimed to be in 1914 when he was about 30 years old. By the time Andy Warhol made his 1965 documentary film Paul Swan, the now aged and flabby dancer-poet-painter-sculptor was no less convinced of his own beauty, grace, and élégance. After spending an hour in Swan’s company, so will you be.

“Paul Swan is Dead and Gone,” directed by Steve Cosson and written by Claire Kiechel, who doesn’t just happen to be Swan’s great-grand-niece, invites us into Swan’s salon (please read all italicized words in this review in an exaggerated French accent) for a scintillating evening of dance, poetry and visual art. It’s appropriately staged in Torn Page, one of the most intimate performance spaces in New York City, the living room of an apartment-cum-theater venue. The production team missed no opportunity to transform the space into Swan’s résidence. His artwork hangs on the wall up the staircase, guests are treated to a glass of port, Erik Satie plays quietly as you take your seat. 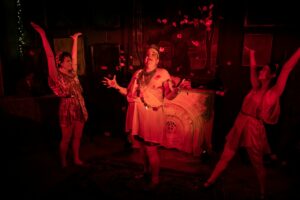 As Swan, whom Tony Torn plays like Orson Welles by way of Eddie Izzard, performs the aesthetic movements which brought him international acclaim, we get tour through his construction of his own legend. Elaborately outfitted in series of draping regal fabrics, he traces his path from a Nebraska childhood to modernist New York, engagements in Greece and Egypt to a staunch refusal to retire into obsolescence, despite arguments put forth by his aging body. Torn’s performance is touching and beautiful. In less capable hands, Swan’s fey movements and pompous pronouncements could come across as silly, even ridiculous. But Torn plays him with profound dignity because he understands that dignity and silliness need not be mutually exclusive.

It’s a one-man-show, except for the fact that it includes four actors, three of whom are called on to play multiple characters to satisfy Swan’s whimsy. Swan is joined by a trio of performers who are both his supporting cast and indispensable intimates: his piano player/lover/majordomo Bellamy (the charming Robert M. Johanson) and his dancers/daughters Flora and Paula (Helen Cespedes and Alexis Scott, respectively). All are funny, warm, marvelous. Together, they present the kind of soirée Swan used to host, which inspired painter Robert Barnes to exclaim, “God, if there was a Duchampian theater, it was Paul Swan,” which, in turn, inspires Bellamy to describe Swan as “the man who Marcel Duchamp loved so much that he painted him as a carrot!” 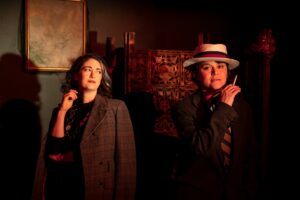 Helen Cespedes and Alexis Scott as Flora and Paula as Susan Sontag and James Purdy. Photo by Maria Baranova.

In one quirky sequence, the daughters adopt the personae of Susan Sontang, who waxes pedantic on Swan’s campiness, and the now-forgotten novelist James Purdy, whose novel “I Am Elijah Thrush” Swan inspired. (Purdy shared with Swan the distinction of being, as it’s put in the play, a “famous unknown man.” He was interviewed in 1972 about the novel for Interview, the magazine founded by Andy Warhol. In response to the statement, “You’re very famous,” he said, “No, not really, except for the New York establishment which isn’t really a literary establishment. It’s just a collection of broken down old newspaper hacks who pass judgment on books that they have not even read, with the assuredness of Jehova.”) But Swan seems to have invited these figures to his stage with the express purpose of dismissing them. He pronounces: “You are a footnote of history, And Sontag, in twenty years, only graduate students will know your name A fate far worse than insignificance.”

The show is a quiet sort of musical. Composer Avi A. Amon, together with Johanson and Kiechel, wrote songs based on Swan’s poetry and the letters he received. Most of the music had a kind of Velvet Underground vibe, but maybe I just think that because I had Andy Warhol in mind all night. But actually, it’s hard to distinguish song from poetry from speech, as Swan and his entourage pronounce each word with as much gravitas as possible, even, perhaps especially, “birth canal.”

The show is funny as hell, and queer as Fire Island in July. In fact, it’s a shock to learn that Flora and Paula, whom Bellamy calls “boys,” are the children of the robustly homosexual Swan. Well, I guess he’s bi. Yet it’s not a sheer camp extravaganza. The play deals seriously with aging, loss and loneliness. Being an artiste is hard – you’re isolated, misunderstood, and undervalued. Loving one is even harder – you’re isolated, misunderstood, and undervalued, but you don’t get any of the glory. 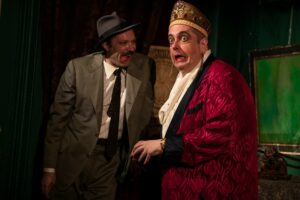 Towards the end of the show, confronted by his own serious concerns, Swan proclaims, “Entertainment is entertainment! Until it ceases to be entertaining. Then we call it drama.” When this show took a turn towards the dramatic, it certainly did not cease to be entertaining. If you’re a crier like me, keep in mind that in a theater this small, the actors will see your tears and hear your sniffles, so maybe go easy on the port.
Swan condemned Sontag to graduate seminars, but of course, she’s slightly more mainstream than that. This year’s Met Costume Institute exhibition “Camp: Notes on Fashion” takes its title from Sontag’s seminal essay. It opens next week with the Met Gala, nicknamed “fashion’s biggest night out.” We’ll see if any of the stars, with their wardrobe teams and stylists, are half as captivating as Torn playing Swan. Or, for that matter, Swan playing Swan. 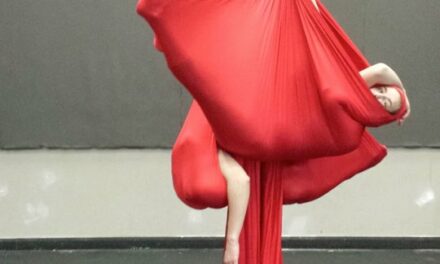