Independent theatres around the world pursue a twofold socio-economic and artistic goal and aim to make financial resources accessible to all individuals and groups as well as developing new theatrical experiences. The broad consequences of making theatre “independently” are the creating and encouraging of original, defiant theatrical works; the provision of conditions for new artists to thrive; and the appropriation of the theatrical culture of the societies that have independent theatres. Pursuing the vision and practice of becoming as well as remaining “independent” for every theatre entails rethinking and contesting the role of certain forms of power including the state, morality, and economic policies and resources. It also cultivates certain virtues in cultural and theatrical scenes, including the de-monopolization of theatre production and reception, the promotion of new copyright laws and intellectual property policy, the hybridization and/or innovation of aesthetics and forms, and the inclusion of artists and audiences of various age groups and backgrounds.

Considering the socio-cultural context of Iran, the envisioning and practicing of “independent theatre” have encountered challenges (state intervention) and contradictions (commercialization). Several Iranian theatre critics and artists have examined the implications of these virtues and challenges for the “independent” production and reception of Iranian theatre and have highlighted its defying potentials in conforming to and contesting the conditioning forces.

A collage of the entrance of Tehran’s main theatrical venues. Photo courtesy of http://theater.ir/fa/64665

Almost five years ago, the Iranian Ministry of Culture and Islamic Guidance and its subdivision the Centre for Dramatic Arts (CDA) began to reduce their financial support to theatrical troupes. However, both the Ministry and the CDA continue to exert their power in vetting the scripts and performances of every show to be performed publicly. This situation places artists in a catch-22 situation. On one hand, they depend financially on private sources and producers; on the other, they must meet the state’s Islamic standards of decency. They have devised strategies to guarantee their success at the box office such as employing movie stars, dramatizing popular and often transgressive themes and dramaturgy, and re-staging box-office hits.

The Ministry of Culture and Islamic Guidance has named the last two years the “Year of Theatre,” aiming to allocate more funding and attention to the development of the infrastructure of dramatic arts and theatrical institutions. Parallel to this recognition, state authorities continue to support the project of theatre privatization, namely by accelerating the process for issuing licenses to establish theatre venues and training schools. As a result, 2016 witnessed a significant rise in private funding, leading to an explosion in the quantity and quality of rehearsal spaces and performance venues. In less than a year, more than 30 private performance venues were established all over the capital city, Tehran, and 60% of the shows in Tehran were reportedly performed at privately owned venues.¹

Yet, many of these performances have grappled with serious problems, namely social and economic security and a lack of mutual understanding with the state about the practice and even discourse around the art and institution of theatre. Prior to the initial movement toward privatization, all theatrical groups were funded by the government, and although this state funding allowed them to be more experimental in their practice, state interventionism limited their aesthetic experimentation and thematic defiance. However, the ideal of gaining artistic independence through privatization has proved to be a mere illusion, since dependence on private financial sources has deprived theatrical groups of artistic freedom and the long, experimental rehearsal periods they previously enjoyed.

Pepperoni for the Dictator, directed by Ali Ahmad, performed at Pāliz theatre, a privately owned venue. Photo courtesy of http://zahedaneh.ir/vdcb0zba.rhb09piuur.html

In his analysis of the situation of privatized theatre, Mohammad Rezaei Rad questions whether the growth in theatre privatization has led to a growth in theatre independence, and contends that state policies controlling theatrical productions have jeopardized the state of independent theatre in Iran even more. Because they face financial constraints, Iranian theatre artists have to depend on box-office income to earn their funding. This has resulted in the emergence of a new trend in theatre-making that Rezaei Rad calls “box office theatre.”² Box-office theatre refers to a theatre that has no access to state financial aids and that is therefore obliged to live on the income earned from its sales at the box office. This trend in theatre-making encompasses theatre that is experimental or done by student/amateur groups, and that draws smaller audiences.³ Obviously, with fundraising gaining priority over artistic agency in the production process of box-office theatre, it stands as far as possible from independence.

In such circumstances, artists’ creative process is drastically conditioned by the logic of the market rather than strengthened by the artistic criteria of autonomy and aestheticism. In recent years, private theatre has resorted to an array of tactics to ensure high ticket sales. The most adverse effect of privatization is, thus, the focus on raising money rather than on attracting more spectators who appreciate artistic innovation. For private theatre, bringing more people to the theatre means raising money, not winning the hearts and minds of its loyal spectators. It follows that a team of professional technicians and engineers gather to produce spectacular, costly shows with live music that only compete for better ticket sales.

Alternatively, the privatization of theatre has resulted in the emergence of a new generation of active artists who use privately owned, small black-box venues to stage low-budget, often experimental, plays. The material constraints concerning budget, space, and workforce influence the aesthetics of these shows. Most share similar features: they have very minimalistic set designs and static, limited mise-en-scènes, and their dramatic action unfolds over the course of long monologues performed by a small cast.

Many such theatrical activities are not formed based on long-term plans. Lots of short-run theatrical activities are simply doomed to disappear after a couple of shows due to a shortage of financial, administrative and logistic resources. As Masould Delkhah also notes, fostering a productive and trustful relationship between state and artists is of utmost importance.4 Such a mutual understanding, in tandem with state administrative and social support in providing long-term space and facilities, is an important factor in keeping the ball of independent theatre rolling.

In short, private theatre in Iran is now entangled in a web of confining forces. Supervision and vetting are just two of these. Working under the pressures of the market and investors, dealing with the tensions of state–artist conflicts, and facing the burden of appeasing populistic tastes have robbed theatre of its creative and autonomous potentials. As such, private theatre in Iran still has a long and rough path ahead before it reaches independence and claims autonomy in voice and practice.

For a theatre aimed at reaching independence in artistic practices and financial and administrative management, there are certain restorative and invigorating measures. These include winning grants; fundraising; creating new collaborative models for the myriad relationships between independent artists and (state and other private) institutions; training artists, administrators, and production personnel; developing the tradition of long-term dramaturgy; sustaining relationships with press, critics, patrons, and volunteers; fostering outreach activities by creating interactive arts to engage diverse audiences in schools, communities, and workplaces; and providing practical spaces for rehearsal, education, administration and production supplies. Whether funded or defunded, all Iranian artists, like artists all over the world, hope for a chance to remain defiant and active in practicing their artistic autonomy.

Notes
1. “From the dreams of Private Theatre to Today’s Reality.” http://www.ebtekarnews.com/21636
2. https://iran.britishcouncil.org/underline/theatre/private-theatre
3. Ibid.
4. “The Role of People, Artists and the State in the Development of the Private Theatre” by Masoud Delkhah, http://theater.ir/fa/94483 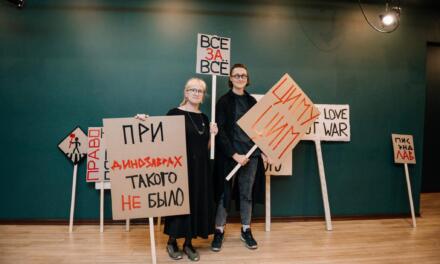 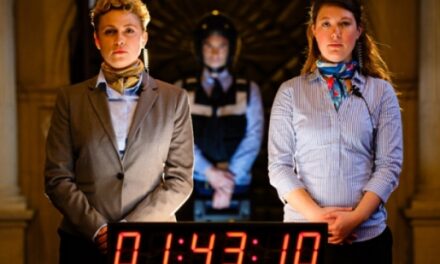