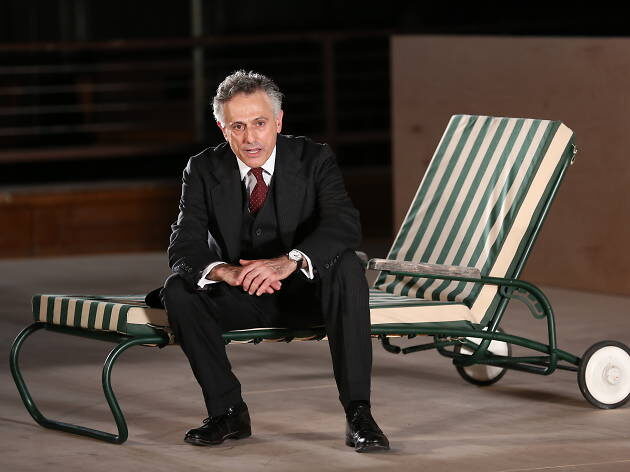 After his one visit to the country in 1909, Sigmund Freud reportedly remarked to a friend that “America is a mistake; a gigantic mistake it is true, but none the less a mistake.” The same could be said of Eugene O’Neill’s 1928 Strange Interlude. A punishingly logorrheic six-hour melodrama about hereditary madness, soul-corroding jealousy, and misappropriated desire, Strange Interlude has no business being as thrilling as it is in the Transport Group’s one-man version of this eight-character play, now running at Brooklyn’s Irondale Theater Center. That it is redounds enormously to the credit of its star, the great David Greenspan, who here gives the performance of a lifetime already crowded with singular theatrical accomplishments.

O’Neill’s Pulitzer Prize-winning dramaturgical innovation in Strange Interlude, one that (mercifully) never much caught on, was to have his characters continuously speak their interior monologues aloud. Like Shakespearean soliloquies or asides, these windows into the private musings of individual characters give the audience access to privileged information that enriches our appreciation of the plot, but where Shakespeare used such techniques relatively sparingly, O’Neill makes them the main event. In Strange Interlude, these speeches are not marked so much by any special clarity, concision, or candor as they are by psychic muddle and malignancy. They articulate desires that are selfish or self-sabotaging, impulses towards violence, self-abnegation, or oblivion. That the revolutionary introduction of Freud’s theory of the unconscious was still a fairly recent event in American intellectual life when Strange Interlude was written helps explain the original fascination of the play but hundreds of New Yorker cartoons featuring couchbound analysands later, O’Neill’s attempt to dramatize the frenetic free-association of eight minds simultaneously cannot but come across as ludicrous.

Greenspan clearly understands this, and it is a testament to his virtuosity that he is able to laugh (and allow us to laugh) at the play’s more preposterous features even while sustaining such a monumental commitment to the authentic love and hate each of his characters bear for one another and themselves. Strange Interlude chronicles the inordinately complicated erotic lives of a New England professor’s daughter named Nina and the various men who want various pieces of her body or soul. Over the twenty-five years the play spans, Greenspan plays an eleven-year-old boy, a winsome bride-to-be, an ambitious middle-aged bachelor scientist, a brittle dowager, a “queer,” and prematurely aged novelist with a terror of sex and an immoderate attachment to his mother, a wife in the full glow of pregnancy, and men and women in a great many other stages of life and states of fulfillment or frustration. Greenspan differentiates between them all with masterful precision, though it takes a little while to learn his shorthand. Fortunately, we have ample time.

Some characters have a special pose or specific gesture. All speak with distinct accents and inflections that we might vaguely recognize from films of the 1930s. Greenspan often but not always pivots physically to indicate that he is shifting out of the consciousness of one character and into that of another. But all of this happens at an exhilaratingly brisk clip, and is executed so rigorously yet with a touch so light that throughout the evening we never lose sight of Greenspan the actor, the dancer, the “athlete of the heart,” as Artaud put it. His tics are on full, unabashed display—Greenspan has an idiosyncratic way of clasping his hands, of sniffing, his eyes a particular way of tearing up (always the right before the left)—and still the emotional lives of these characters are rendered more delicately and more compellingly than I suspect a fully-populated cast could ever come close to bringing off.

What is compelling about this Strange Interlude is never, pace O’Neill, rooted in plot or character (or thought, for that matter). From beginning to end we instead marvel at Greenspan’s rhythm and diction, at the spectacle of this torrent pouring forth from him without ever threatening to carry him away with it. He is always supremely judicious and controlled, seeming more to be channeling essences than “putting on” or “performing” anything. Indeed, Greenspan delivers a handful of the play’s most private, almost incantatory speeches facing upstage, reinforcing the impression that his ultimate role here is that of a shaman or medium arbitrating between eight restless spirits (sixteen if you count their very vocal ids) that we laypeople are unable to access directly. He wears an elegant three-piece suit throughout. Each of the nine acts takes place in one of three playing spaces unostentatiously furnished to suit the period, and the audience is instructed when to move between them and when to adjourn for either the half-hour dinner break or one of two ten-minute intermissions. These recesses are probably necessary for the audience, but they feel as if they shouldn’t be; Greenspan defies the laws of time and space, so why can’t we?

Perhaps the clumsiest aspect of O’Neill’s exceedingly clumsy text is his assumption that the content of the unconscious can be transcribed and then repeated the way speech can be, when in fact the unconscious is by definition neither fully intelligible nor fully articulable. The unconscious does not try to account for itself, does not regulate space and time, and does not strictly observe boundaries between the other and the self. Radical as his adaptation may be then, with this Strange Interlude Greenspan delivers a performance that truly does justice to both Freud’s formidable insight and the formidable play that O’Neill wished he could have written in response to it. That this production succeeds as an ambitious showcase for an exceptional actor will surprise no one acquainted with Greenspan’s work. What is surprising is that Greenspan, director Jack Cummings III, and dramaturg Kristina Corcoran Williams manage to deliver what amounts to a new, sophisticated, and vital reading of a text most everyone else assumed had nothing more to say to us. 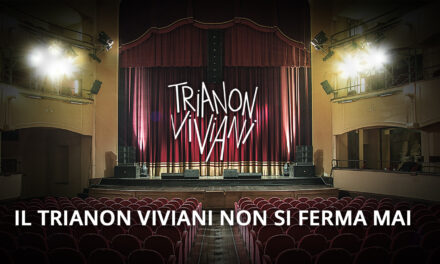