“D’Annunzio Segreto”: A Renovating Portrait of a Celebrity 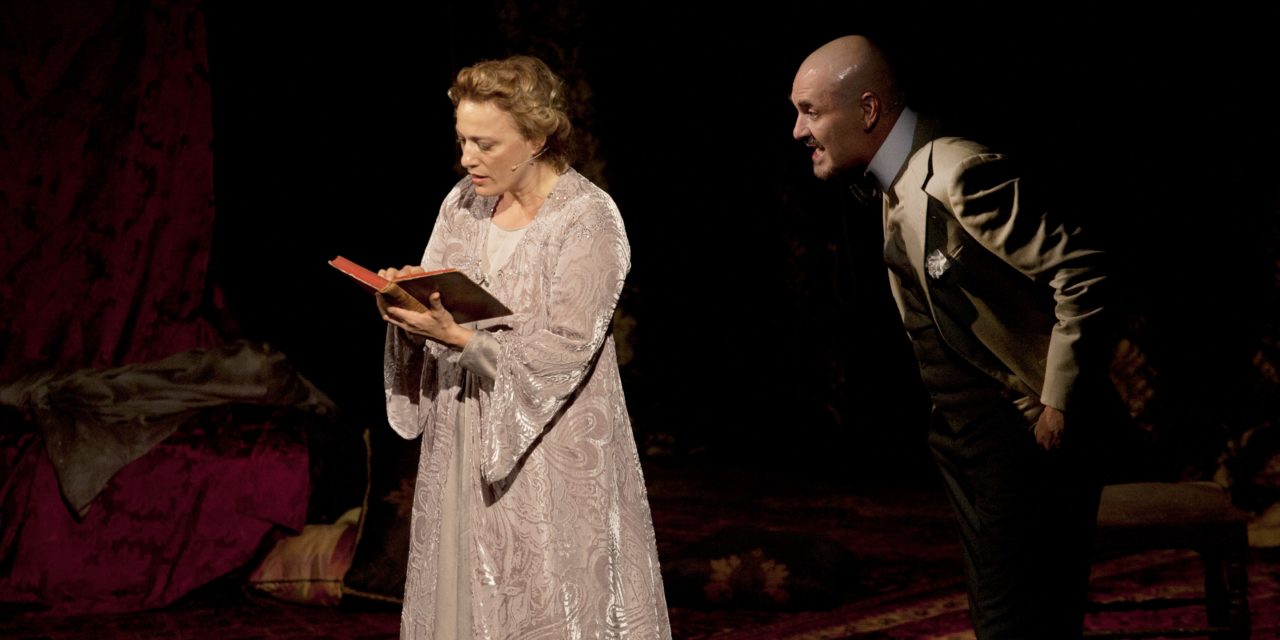 Can a staging improve the knowledge of the life of a celebrity, revealing the most intimate aspects of his soul? With the play D’Annunzio Segreto, written by Angelo Crespi and directed by Francesco Sala, the actor Edoardo Sylos Labini offers an interesting portrait of a man who was the absolute protagonist of Italian history, literature and theatre between the nineteenth and twentieth centuries. The debut took place in Rome, at the Teatro Quirino, on 11 October 2016. During the 2016/17 season, the play has conquered audiences in many Italian towns and has also offered a special staging for students.

Gabriele d’Annunzio (1863–1938) is the subject of many fictionalized biographies, but he is too often presented with an inadequate “mask”: rumors and gossip implied a fanatical stardom, hiding his deep humanity. This play allows us to consider – in a new and authentic light – his figure and his cultural legacy. He was, in fact, a writer and a playwright of world renown, and he gave an international dignity to Italian literature and theatre. He left an enduring mark on European culture – also reaching the United States, South America, Egypt and Japan. 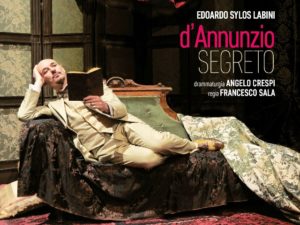 The setting faithfully reproduces the rooms of the Vittoriale, the beautiful residence on the shores of the Garda Lake, where D’Annunzio spent the final period of his life – from 1921 to 1938 – with the pianist Luisa Baccara (the actress Evita Ciri) and the housekeeper Amélie Mazoyer, familiarly called Aélis (the actress Giorgia Sinicorni). Here, the old poet reveals the two sides of his complicated character, in a dualism near to the alternation day/night and euphoria/melancholy. The “official” aspect presents him as an artist who imposed his dreams – in a whirl of love and passion, political and society adventures, provocations, courage as a soldier during the First World War. The “intimate” aspect presents him as an artist who was generous and loyal, a victim of Fascism, a lover of Art and Life who considered Theatre and Poetry necessities of the soul. His only consolation was writing, in a complex and essential style, as demonstrated by his last work with its emblematic title: Il libro segreto (The Secret Book), written in 1935.

In his sincerity, he pays homage to the most important woman in his life: Eleonora Duse (the actress Viola Pornaro). Based on the symbiotic union between art and life, their relationship was powered by common creative ideals. Duse helped D’Annunzio test new forms for the renovation of Italian theatre between the nineteenth and twentieth centuries, even though their effort was not always understood or appreciated by audiences. He had a very clear idea of the art of directing (almost visionary, because in that period it was not established in Italy) and created for her an extremely difficult play, La Città Morta (The Dead City), to begin the great renovation of the Italian theatre.

He remembers the scandal related to the publication of the novel Il Fuoco (The Flame of Life) in spring 1900, because he was accused of calling attention to some intimate details of their relationship (her problems with aging, her jealousy of the younger women around him, etc.), and very few readers were able to consider its real value as a masterpiece of Italian literature. But his love for Duse is celebrated with the declamation of his most famous poem, La pioggia nel pineto (The Rain in the Pinewood): it is proposed in a very original version and is one of the most intense tests of the skill of the actor Edoardo Sylos Labini.

The declamation of the poem La pioggia nel pineto (The Rain in the Pinewood), in the staging D’Annunzio Segreto.

This staging offers a renovating vision of D’Annunzio in the new millennium, far from historical misinterpretations. It underlines the contemporary dimension of his figure – as intellectual, artist and patriot – revealing many hidden details of his human soul. It is also an invitation to read his works again, appreciating the meaning of his unconventional plays.