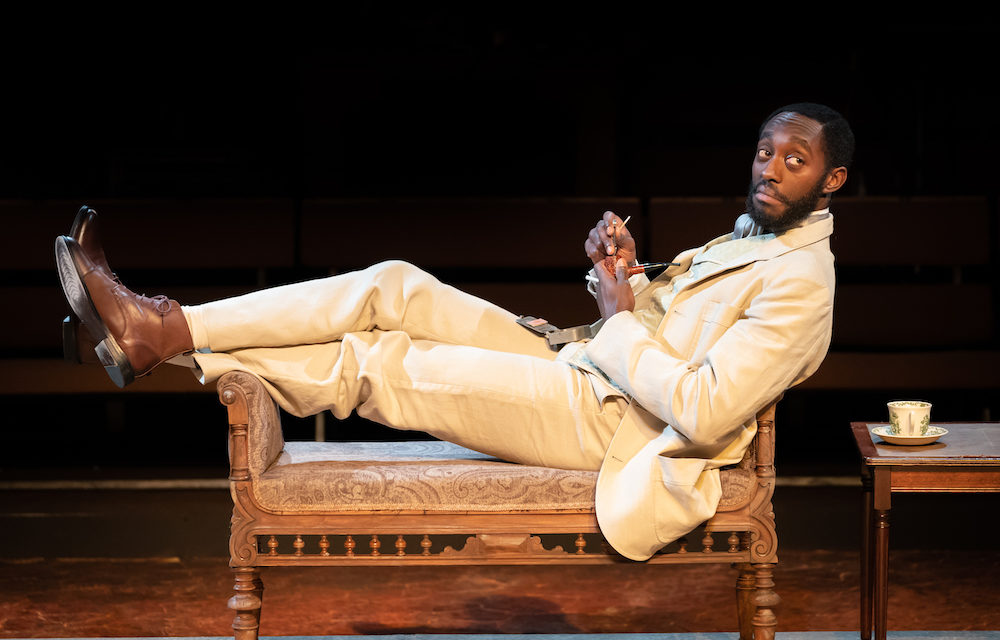 Wow! First, the Black Panther team took cinema by storm; now, they have conquered theatre as well. Or, at least, two of them have. The Convert has been written by actor and playwright Danai Gurira (Okoye), and stars Letitia Wright (Shuri). Originally staged in the United States in 2012, and currently part of Kwame Kwei-Armah’s first season at the Young Vic, this three-hour historical epic, which tells the harrowing story of an African Catholic believer’s attempt to convert a young black woman in colonial South-East Africa, has a great cast which also includes Ivanno Jeremiah, Wright’s colleague from Humans, as well as Paapa Essiedu.

Set in 1896 near Salisbury, today’s Harare in Zimbabwe (then called Southern Rhodesia after the British imperialist), the plot begins with Jekesai (Wright), a young village woman who is being forced to marry an old man against her will. In order to escape, she is brought to her aunt Mai Tamba, a housekeeper whose boss is Chilford (Essiedu), a devout Roman Catholic who is preparing to become a priest. Mai Tamba persuades him to take in her niece, a good strong worker and coaches the young woman into claiming that she wants to convert to Christianity. Chilford is delighted: after rechristening her with the biblical name Ester, he now has a pupil, who soon grows into a prodigy.

Gurira’s story is a really fascinating one. She shows how some black men, like Chilford, who have lost valuable family ties, find succor and fuel for their ambition by embracing the white man’s religion. A young woman, such as Ester, discovers that she can become educated, learning to speak English and then to read and write, so attaining skills that would have been denied to her in traditional village society. Like Chilford, her family has been weakened, and she has grabbed this chance to make a new life for herself. Gradually her pretense of believing in Jesus develops into true faith. However, when a blood relative dies, Ester finds herself having to choose between the old gods, with the old rituals, and her new faith, embodied by her master Chilford.

The idea behind the play is partly visual: there is an immediate contrast between the traditional dress, language and physical movements of the indigenous population and the European clothes, and language, and manners, adopted by the Westernized Christians. Chilford lives in a Victorian colonial house, with a concrete floor instead of a dung one, and his daily rituals resemble those of any English minister or Home Counties gentleman. But this act of cultural borrowing, an attempt to increase social status and wealth, comes under both scrutiny and mockery from those who refuse to convert, or to participate in the colonial life that is being created by the white English imperialists, who remain offstage, despite being a constant point of reference. Chilford, for example, has a white Christian mentor and hopes to soon be ordained as a Jesuit priest.

There is a satisfying complexity because the advent of Christianity is seen as both an example of colonial oppression and a means of personal and social liberation from the bondage of tradition. And each individual reacts in a different way. So not only is Mai Tamba a woman who retains belief in the old practices as well as paying lip service to the new religion, but also her son Tamba is shown to represent village society, as does the older and wiser Uncle. By contrast, Chilford’s old friend Chancellor (Jeremiah) is a Westernized and womanizing trader, who has grown rich by working with the colonizers, and he represents a way of being “white” without religious restraints. His fiancée Prudence is shown to be much more posh, much more educated than the menfolk, having been brought up at a good school in Natal. The friendship between the chaste Chilford and the lascivious Chancellor is likewise original and in some ways surprising. But why should it be? This is a sharply focused account not only of individual identity but also of cultural hybridity.

In the early scenes, the central protagonist is Chilford, and he is a vividly imagined individual who is both a Roman Catholic and a keen student of the vernacular Bible, a model of real chastity as well as a bit of a drinker. At times puritanical, sometimes tolerant, he has real aspirations to better himself and to help his fellow Africans. As his convert, Ester also becomes a teacher of Western mores and in her turn attempts to bring local villagers into the new faith. But when a Shona revolt challenges the rule of the imperialists, those black people who have been sympathetic to the whites find themselves in the firing line. As the rebels gather around Chilford’s home, intent on justice, he and his closest friends have to make a decision about which side to support. And this conflict fractures their extended families too.

So passions run high, and this long play combines a love letter to the lost Shona culture with a post-colonial view of Africa and its traditions, exemplified by its mix of languages and the suggestive music, which includes both “Amazing Grace” and village chants. Although The Convert excavates and celebrates an episode from history that has been hidden from view — I certainly never knew that Roman Catholics tried to convert people in British-dominated Southern Africa — this radical gesture is a bit contradicted by the structure of this three-act well-made play, which is quite conservative in form as well as in content.

So while Gurira sharply criticizes the European imperialists and the miseries that they inflict, she also takes down those black people who embraced the new ways and the new religion. Along with this, moreover, comes a curious nostalgia for the old ways of the traditional society of ancestor worship and witch doctors. The contradiction, of course, is that it is precisely these old ways that resulted in the heavy patriarchy which treated women such as Jekesai as chattels, to be bought and sold. So although you might detect a distant echo of Brian Friel’s Translations in the play’s treatment of naming, renaming and language, the work that the drama most resembles is Chinua Achebe’s Things Fall Apart, which also tells an African story using a European form.

If this is The Convert’s greatest weakness as well as its great strength, it’s hard to fault Ola Ince’s fabulous production, with its compelling performances and its attractive design (by Naomi Dawson). As screens descend over the claustrophobic residence, Wright travels from a naïve young woman to a person that finally finds her own voice with a mix of punky energy and growing self-consciousness, while Essiedu combines a Western-style awkwardness (exemplified by his tight clothing) with self-righteous religious conviction. Jeremiah and Luyanda Unati Lewis-Nyawo’s Prudence provide some much-needed laughs, as does Pamela Nomvete’s Mai Tamba. All three also make a convincing journey. And they are well supported by Rudolphe Mdlongwa’s Tamba. Together this excellent cast delivers a cry for justice that hangs in the air long after this tragedy has ended.

This article appeared in Aleks Sierz on December 14, 2018, and has been reposted with permission. 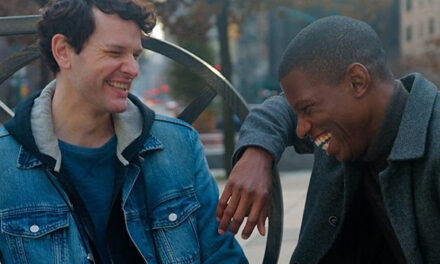 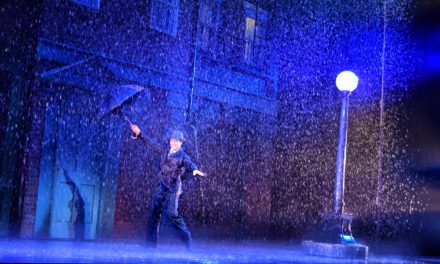 The Painter: An Allegory, By Lighting Designer Cory Pattak