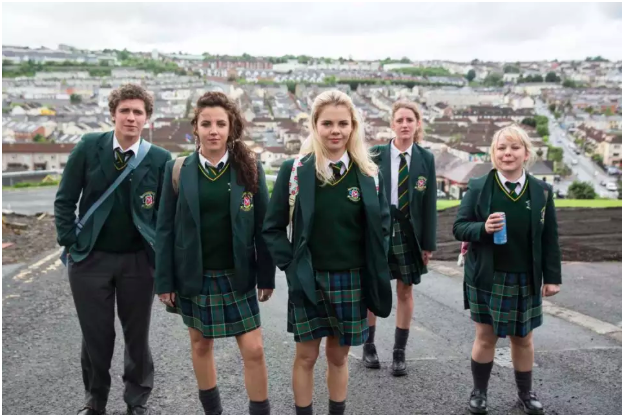 I went to see Flight Of The Conchords this week. The New Zealand musical comedy duo flaunted their curves as they performed at London’s O2, Jemaine Clement in a form-hugging t-shirt, Bret McKenzie in a casual navy shirt which gave just a hint of his charming frame. Neither of them looked a day over 40.

That was weird, wasn’t it? A bit creepy, even. Why am I talking about their bodies and how they looked? Why indeed.

Last week, Nicola Coughlan, whom fans of Derry Girls will know as the wonderfully neurotic goody-goody Clare, performed in the opening night of The Prime Of Miss Jean Brodie at the Donmar Warehouse in London.

The show received very good reviews across the board, with critics praising its “flat-out brilliant” star Lia Williams and the “beautifully cast” revival. Paul Taylor’s review for i singled out Coughlan as “achingly plausible” as Joyce Emily.

Coughlan was singled out by another critic, too, who described her character as “the kind of overweight little girl who will always become the butt of her fellows’ immature humour.”

“Hi @BritTheatreGuid,” she tweeted the day after opening night when she should have been celebrating.

“For the second time, your reviewer Philip Fisher has come to see a show I’m in, and as part of reviewing the show he has also reviewed my body. How can you continue to support this?”

It’s a good question. The same critic, she pointed out, had reviewed a previous play she had been at the Traverse Theatre in Edinburgh and opened with the line “Jess is a fat girl.” In both cases, as Coughlan pointed out, her weight was irrelevant both to the part and to her performance of it. It should go without saying, but she is not overweight.

“#TimesUp on reviewing women’s bodies, when you should be reviewing their work,” she added.

The British Theatre Guide apologized and removed the “offending words.” “While the reviewer may not have intended to offend, he accepts that it is not acceptable to use such descriptions in a review and not BTG policy,” it said.

It might not be policy, but it is still, unfortunately, not unusual for some critics to review performers’ appearances. In 2014, the operati (all male) came to the consensus that Tara Erraught was too – these are all from separate broadsheet newspaper reviews–“stocky,” “dumpy,” “chubby,” and, oh my god, “unsightly” to play the role of the irresistible Octavian in Der Rosenkavalier at Glyndebourne.

Diana Rigg can laugh about it now (in fact, she made a whole one-woman show out of it) but a 1970 review of Abelard and Heloise on Broadway saw her described as being “built like a brick mausoleum with insufficient flying buttresses.”

It’s not always directed at women (though it usually is). When Nicholas Holder played Uncle Vanya at Home in Manchester last year, one critic called him a “gutbucket.”

To pretend that performing isn’t a shallow business would be absurd–it’s one of the shallowest there is. Your face has to fit. But it is the duty of enlightened audiences, and especially critics, to look beyond the surface to the heart of the show. Anything else is, well, creepy.

This article originally appeared on iNews on June 22, 2018, and has been reposted with permission. 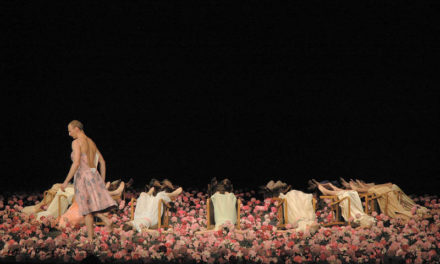