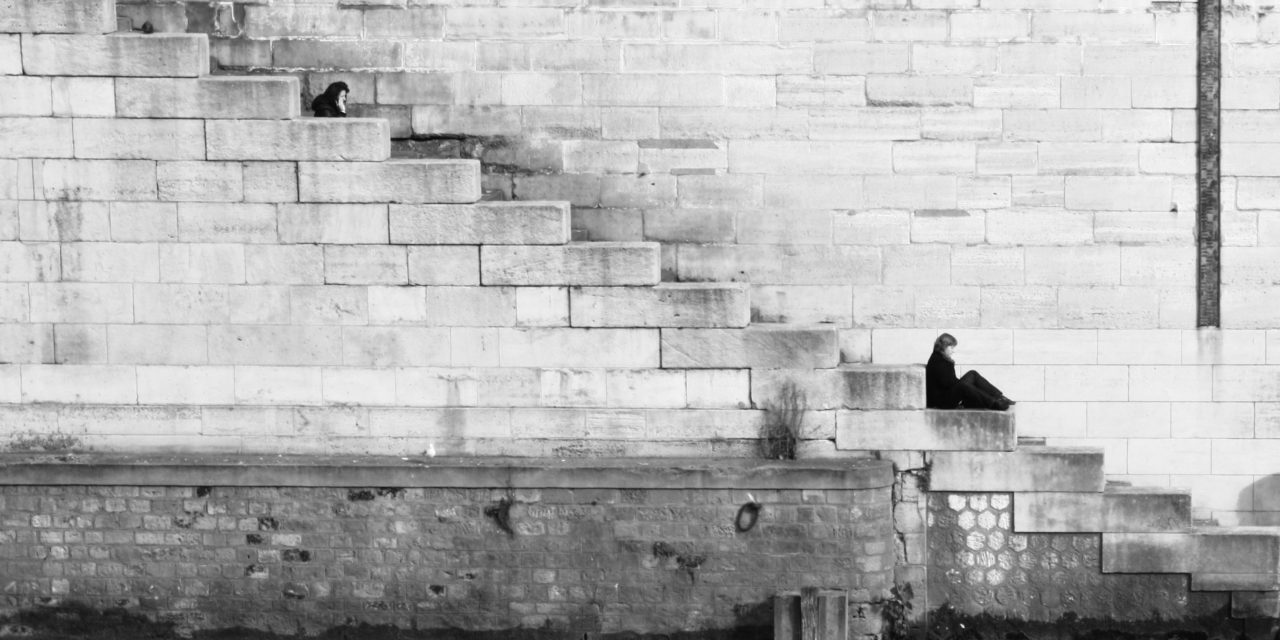 In a few days, two prestigious theatre awards are to be presented at a ceremonial event: the Europe Theatre Prize and the Europe Prize Theatrical Realities. The leading theatre personalities will get together to honor the winners and to celebrate their considerable contribution to the theatrical arts of the world. Rome is to host the grand event. Meanwhile “the third Rome”—Moscow, that is—has the director who in a few days is to be named among the best in Europe, not only isolated from the world and cut off from all communication (he is under house arrest), but also in fact banished from his profession, the right to pursue which he has proven his whole life. Kirill Serebrennikov is prevented from visiting his own theatre, he cannot complete his film though work left to be done requires only five days, he cannot associate with his actors, cannot supervise the management of his productions even through a proxy.

Directing is a tenuous business, the dependence on the tools of the trade is great, and besides, as history demonstrates, the tools of the authorities are also something to be taken into account. Neither thinking nor imagining can be prohibited, yet implementing thoughts and images well might be. The director is not forbidden to think, to make up, to envision his future productions–but no production will come to be without trying things this and that way, without talking things over, without the drive of the collective will. In Le Dernier Métro the hero, while hiding from the Nazis in the cellars of his own theatre, still was able to control the staging of the shows. He was cut off from the world, but not from his art. Serebrennikov is allowed to take walks in the vicinity of his residence, but the place where his heart lies–the theatre–is the forbidden grounds for him. Two new shows have already opened in his theatre without the director climbing the stage for the curtain call. Neither will he be on the stage to greet the assembly that will have gathered to present him with the prize. Konstantin Stanislavsky once, in conversation with Solomon Mikhoels, remarked: “To fly, the bird first and foremost needs to breathe freely…” Serebrennikov is denied the access to the air-supply. Yet other theatre people are not all that free-breathing either.

History is sarcastic. It was shrewd of Marx, when elaborating on Hegel’s idea about everything in history occurring twice, to specify that it occurs “the first time as tragedy, the second as farce.” Only three Russian directors have been awarded by the European Commission before Serebrennikov: Lev Dodin was awarded the Europe Theatre Prize in 2001, and Anatoly Vasiliev and Andrey Moguchy each won the Theatrical Realities prize. I think that Serebrennikov, when his life will have returned to normal, will be glad to have become the number four on this list. Buddhism teaches there are four Noble Truths, the fourth being the way leading to the consolation of all kinds of grieves. In Italy, they are only preparing to remind the public about all the winners of the past years—but in Russia they never forgot…

COLTA.RU got hold of a memorandum that is believed to have been written by Vladimir Aristarkhov, the Minister of Culture’s First deputy, and addressed to the Secretary of the St. Petersburg Cultural Forum, that lists the unwelcome participants of that Cultural Forum. Among those unwelcome, Dmitry Krymov, Lev Dodin, Anatoly Vasiliev, and Kirill Serebrennikov are mentioned. Presumably, the list features some other names too—several rogues for each art. Russia is so fecund when it comes to bearing talents, but having produced them she mostly rejects them. If she doesn’t devour them Saturn-like outright, she chases them away, expelling them from home. To be proud of them later. Much later.

This memorandum, quite nasty as it is, looks somewhat absurd for having come from inside the ministry that is supposed to stand for cultural and humanitarian development. The style, the language, the labelling are quite scary, yet the consequences of such memoranda might be even more frightening. What has been written with a pen cannot be wrenched out with an axe, as the saying goes. But one sure can effectively wield an axe over culture, after the manner of Lopachin dealing with the Cherry Orchard.

Where, in what universities do they teach the art of portraying theatre directors in this particular way?

On Serebrennikov: “[…] contributes to eroding the traditional Russian spiritual and moral values, and to weakening the unity of the multi-national people of the Russian Federation (including deliverance of the low-class mass-culture produce); there were attempts to falsify Russian history.”

On Vasiliev: “Considerable part of his creative work are vanguard experimenting, as well as radical interpretations of literary sources, that aim at deconstructing the national theatre artistic tradition, as well as the traditional Russian values. He has a tendency to choose those forms of art that shape the depressive model of mindset.”

On Dodin: “In his creative endeavors, Dodin tends to erode the traditional Russian spiritual and moral values, as well as to attempt to falsify the history of Russia. He apparently shares the political views of the ‘opposition.’”

The memorandum really reads like an indictment; so much so that one actually expects a sentence to be passed. And, indeed, texts like this are “guilty verdicts” of sorts. But whether they brand the persons mentioned, or the persons that have written them remains yet to be seen.

It is quite possible that the ministry will disavow this memorandum, claiming it is a fake. One can only wish they would, and that it were a fake. Yet the very fact that people so easily believe in its authenticity is symptomatic…The way that the cultured community is used to looking at the Minister of Culture makes one wonder whether the words they both have for a modifier are indeed derived from the same root, and it is a significant and alarming fact. Considering “culture” initially meant “tillage,” why, we may well go from digging in the vegetable gardens to digging trenches, and from weeding the grounds to purging the ranks…That’s our theatre reality, our theatre prize. What have we done to deserve it?

Considering it is all about the Gogol Centre, this calls for quoting Gogol’s work: “Answer me! But no answer comes…”*

Autor’s note: UPD According to the information of the St. Petersburg online newspaper “Fontanka.ru,” the Minister of Culture, speaking at the Cultural Forum, called information on blacklists an “anecdote.” Andrey Moguchy has been reassigned by the director of the Bolshoi Drama Theater, he now leads the “Theatre” section at the Culture Forum. “We are building the second theatre to Lev Dodin (the second stage of the Maly Drama Theatre – Ed.). This is the largest construction of the Drama Theatre in St. Petersburg or Russia. They are handwritten notes (the names of Dodin and Moguchy were added to the list of the Ministry of Culture by hand. – Ed.) Do you seriously think that this is true? Do not laugh,” the minister answered.

* “And you, Russia of mine—are not you also speeding like a troika which nought can overtake? Is not the road smoking beneath your wheels, and the bridges thundering as you cross them, and everything being left in the rear, and the spectators, struck with the portent, halting to wonder whether you be not a thunderbolt launched from heaven? What does that awe-inspiring progress of yours foretell? What is the unknown force which lies within your mysterious steeds? Surely the winds themselves must abide in their manes, and every vein in their bodies be an ear stretched to catch the celestial message which bids them, with iron-girded breasts, and hooves which barely touch the earth as they gallop, fly forward on a mission of God? Whither, then, are you speeding, O Russia of mine? Whither? Answer me! But no answer comes—only the weird sound of your collar-bells. Rent into a thousand shreds, the air roars past you, for you are overtaking the whole world, and shall one day force all nations, all empires to stand aside, to give you way!” Dead Souls by Nikolai Gogol.

This article was first published on conflict-zones.reviews. Reposted with permission of the author. Read the original article here. 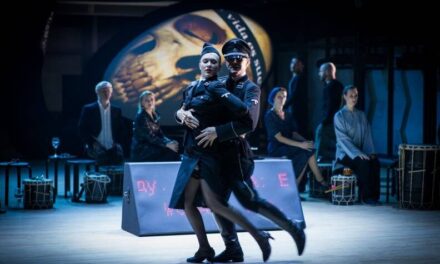 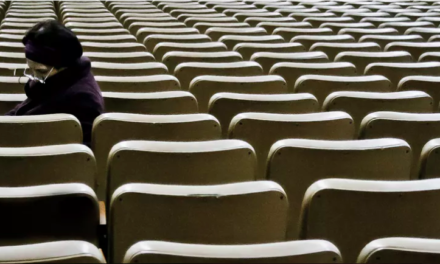