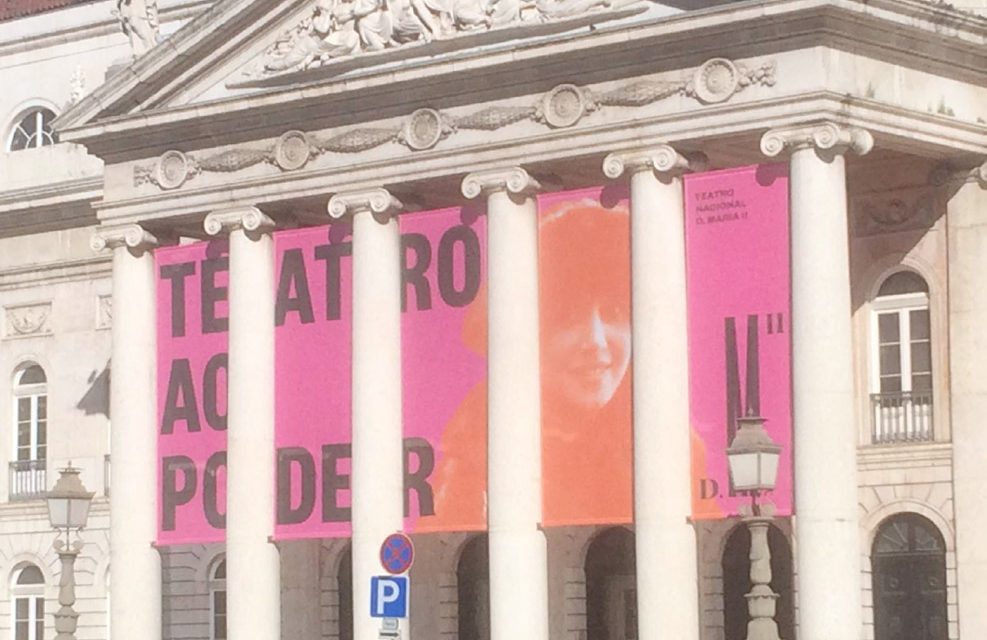 National Theatre D. Maria II, ‘Power to the theatre’ (courtesy of the author)

The last IETM plenary meeting in Portugal took place in Lisbon in 1998, with the city at the center of a powerful movement in performative arts. After an auspicious start to the new millennium, however, the last decade in Portugal has been a rollercoaster ride in terms of economic and social politics, something that has had a serious impact on the country and its citizens.

IETM’s Oporto plenary meeting sees us return to Portugal 20 years later, once again at an intense period within Portuguese performing arts. Following years of low arts funding, there are now artist-driven, municipality-driven and State-driven transformations in place as well as a number of exciting international trends.

From Bailout to Web Summit: Years of Living Dangerously

On September 15,  2012, masses of Portuguese citizens took to their nation’s streets yelling “to hell with Troika, we want our lives back!” The march, which brought together an estimated one million citizens throughout the country, centered around demonstrations on the streets of the capital. Rather than being linked to any political party or union organization, the march was instead organized via social media by a group of citizens. Its organizers drew together an incredibly diverse group of protesters, enlisting people from all social and cultural tribes and ages. Everyone from families with kids, grandparents, and dogs, to whitehaired pensioners and youngsters in Anonymous masks were involved, many of them taking part in a demonstration for the first time in their lives. To date, it is still the country’s largest protest against austerity measures.

Since an auspicious start to the new millennium, the last decade in Portugal has been a rollercoaster ride in terms of economic and social politics, something that has had a serious impact on the country and its citizens. In 2009, unemployment reached its highest level since 2000 and public debt began to grow in a spiral that would last five years. Portugal was a sinking country with structural weaknesses and huge sovereign debt. Unable to ride the waves of international crisis, rating agencies labeled the country’s credibility as “trash.”

Then, in 2011, the International Monetary Fund (IMF) was called to the rescue. Their €72bn bailout practically required a loss of sovereignty as the Financial and Economic Assistance Program led by the Troika (IMF + European Central Bank + European Commission) dictated the country’s policies. The center-left Socialist Party (PS)  stepped down from government and elections allowed a right-wing social democrat coalition to implement a heavy set of austerity measures designed to re-balance public accounts at the expenses of excruciating social agony. State welfare was put at stake, entire families found themselves out of work and, subsequently, deprived of housing, the younger generation was forced to emigrate to find work and heavy taxes were placed on work and pensions. Merges and drastic cuts in public institutions led to irreversible damage, including the closure of the Cultural Activities Observatory and the loss of all its data (1996-2013). There were positive social shifts too, however, including the legalization of abortion (2007), access to same-sex civil marriage (2010) and adoption by same-sex couples (2016).

Despite these austerity measures, public debt peaked in 2014, with the country engulfed by a  sense of apathy and bitter disappointment. Colo by Teresa Vilaverde and As Mil e Uma Noites by Miguel Gomes (a trilogy)–fictitious films inspired by reality–are among the more accurate portrayals of the times. In 2015, further elections resulted in another narrow win for the right-wing, but saw an unprecedented coalition between the centre-left PS, the left-wing Left Block–led by Catarina Martins, a former actress and founder of Oporto collective Visões Úteis– and the Communist Party – a Parliament agreement only, labeled by the opposition as “geringonça”–”contraption”–sustain the left-wing government and its anti-austerity policies, both in counter cycle with Europe.

Three years later and Portugal, the former bailout country, now offers economic and political proof that the impossible is achievable. The national statistics office recently confirmed that the Portuguese economy was estimated to have grown 2.7% in 2016, the strongest rate of annual expansion since 2000, and a recent report by the Financial Times confirmed that “Portugal’s proudly anti-austerity prime minister is ebullient after returning the former bailout country to fiscal health and presiding over a robust economic recovery. Lisbon is no longer in breach of the EU’s budget rules—a decision he calls a “turning point” for the country’s international reputation—and the economy looks set for its strongest expansion in almost two decades. Unemployment is falling at one of the fastest rates in Europe.” Discussing employment, PM António Costa stated in a recent parliamentary debate that 288,000 new jobs in the last two years demonstrate the “victory of an alternative model.”

During this period, Fado became Intangible Cultural Heritage of Humanity (2011), Lisbon hosted the Web Summit, the national football team won the European Football Championship, Portugal won the Eurovision Song Contest, and the country’s self-esteem was at a high. In a parallel world, Oporto’s Saber Fazer or Lisbon’s Rede de Artes e Ofícios provide the visible tips of a larger movement that grew stronger during the years of crisis–with a desire to go back to basics as a form of making sense in a world ruled by macroeconomics, toxic food and enslaved clothes makers. As the face of the cities rapidly changed, preserving historic shops became as important as maintaining daily routines in the neighborhood. The law protecting them arrived in 2017 yet many were lost as tourism skyrocketed and property became like gold dust, with the dilapidated buildings in which they nested sold to become fancy hotels or Airbnbs.

Now, Lisbon is a hotspot on Madonna’s Instagram feed and Oporto was declared European’s best tourist destination of 2017. Yet housing is a major issue in both cities with prices escalating beyond average salaries. Recently, the Rock in Riot movement called for housing policies on the capital’s streets, just as the Futuro Limpo (Clean Future) movement, which opposes drilling for fossil fuels (petrol and gas) along the Portuguese coastline, called for life.

In 2017, Portugal suffered the deadliest summer forests fires ever and, as 2018 arrived, in Lisbon’s main downtown plaza the façade of the capital’s National Theatre D. Maria II announced that Portugal was on the Verge of Extinction, with a cycle of plays, concerts, workshops, debates, and publications illuminating what, and who had been lost.

In Oporto, in a kiosk next to Jardim de S. Lázaro, tour promoters try to sell a departure point to the walking debates through a “plural, mixed, diverse city, flexible enough to fit several views of the world and urban life.” They proclaim that, even when it is closed, “it is still the place to glue posters about stuff happening in the neighborhood, an info point. When it’s open there’s an archi-doodler inside, distributing maps and flyers, inviting people to these lame tours, talking with passers-by, and drawing on the rest of the time (more zines and flyers and posters and models and badges and stuff). You should definitely stop by if you’re in Porto.” A piece of municipal property, the kiosk faces eviction at the end of May.

This article was originally published by IETM – International network for contemporary performing arts, Brussels in April 2018 as a part of their mappings series. Read the original mapping.  It has been republished with permission. 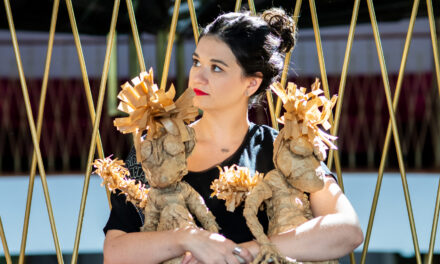 Theatre as a Social Institution 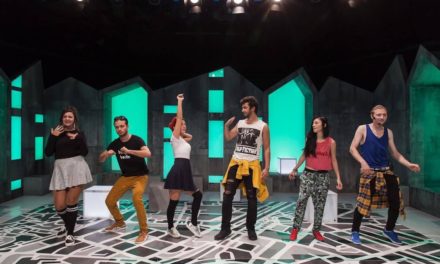 Romanian Theatre Today: The Postdramatic Emancipation Of The New Generation