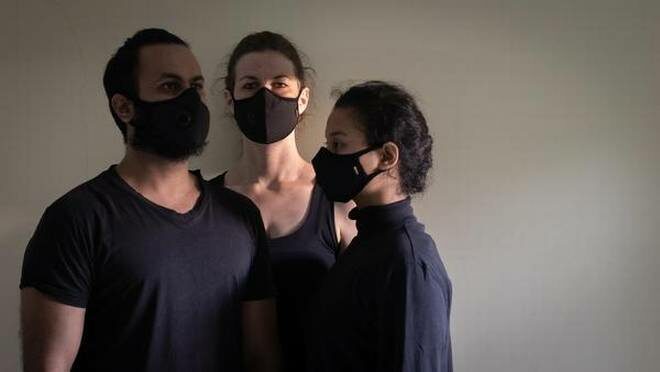 Face off: A still from the play "Under Pressure."

Their annual pilgrimages to Mumbai have perhaps already introduced theatre aficionados to Visual Respiration’s distinctive brand of performance-making, in which they combine immersive techniques with storytelling and movement theatre. Created in a similar vein, the Bengaluru-based group’s latest production is a meditation on the ravages of climate change and consumerism. Helmed by the group’s artistic director, Aruna Ganesh Ram, Under Pressure has been devised by a trio of performers — Aditya Garg, Deepika Chauhan, and Asha Ponikiewska. Garg had collaborated with Ram in last year’s impressive Stand on the Street, an immersive performance based on testimonials by roadside food vendors. For those who’ve come in late, immersive experiences situate audiences squarely within the turf of performance, such that they become an indelible part of the narrative. Degrees of interaction with actors decide to what extent spectators might remain mere bystanders or stand in as impromptu agents of incidental drama.

Performance on the effects of our behaviors on the environment lends itself well to this kind of conferring, since we are all complicit unwittingly or otherwise, in issues associated with the ethics of conservation. “The play is not necessarily immersive in a conventional sense, but we have tried to explore intimacy and what it means for the audience to experience material and texture in really close proximity,” says Ram. The credits intriguingly include those for Environment Design, by Natasha Sharma and Manush John. Sharma works under the umbrella of ‘Social Design through public art,’ and had earlier created the set design for Stand on the Street. Her work includes assisting in developing luxury Swiss watchmaker Audemars Piguet’s display lounge at Art Basel in 2017.

Although Ram had directed a children’s play on the Chipko Movement a decade ago, thinking about the environment wasn’t one of her preoccupations. That is until she encountered an eye-opening podcast by Amitav Ghosh for The Guardian, in which he emphatically indicted literary culture for its “failure to confront climate change.” His book The Great Derangement: Climate Change and the Unthinkable locks horns with one of the more contentious issues of our times. Ghosh’s arguments prompted Ram to introspect on her own arts practice and grapple with concepts like sustainability and indigenous wisdom on which the lack of knowledge on the ground is staggering. On the rehearsal floor, performers brought in their own personal philosophies and reservations, and Under Pressure is ultimately an amalgamation of all these influences. It is a multimedia performance described by the blurb as a “sensory montage,” and divided into three sections: “Earth,” “Consumerism,” and “Polymer.”

“Another question that bothered me was how the performance itself was going to be sustainable,” admits Ram. Putting up a show in itself can leave behind a sizeable carbon footprint, but the awareness a work like Under Pressure might generate must also be considered. Ram’s remit to her design team was to create a palpable and claustrophobic sense of the plastic pollution that swamps our lives, using only upcycled materials, with no new waste generated. This was an exercise in itself, with the set assembled from trash hand-picked from a garbage collection center, where the team realized, much to their surprise and dismay, that urban consumers in Bengaluru frequently do not segregate waste, despite guidelines to the contrary.

“Urban audiences are my target, and there is already a response to the catastrophe we are facing,” she says. Each performance is usually followed by an interaction with the audience where stories of an incipient resilience emerge. People speak of composting, of living plastic-free lifestyles, of donating freely to environmental causes. Ram’s play further taps into this conscientiousness, although its message arrives in the form of a reflective public soul-searching that is not quite an itinerary of ready solutions. “We have taken a stance against our growing disconnection with nature, and our increasing obsession with the material world,” signs off the director.

Under Pressure was staged on June 28 and 29 at the Cuckoo Club, Bandra at 8 p.m.; more details at insider.in

This article was originally published on https://www.thehindu.com/. Reposted with permission. Read the original article. 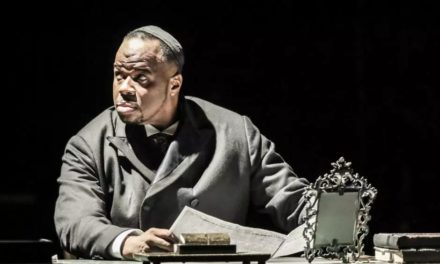