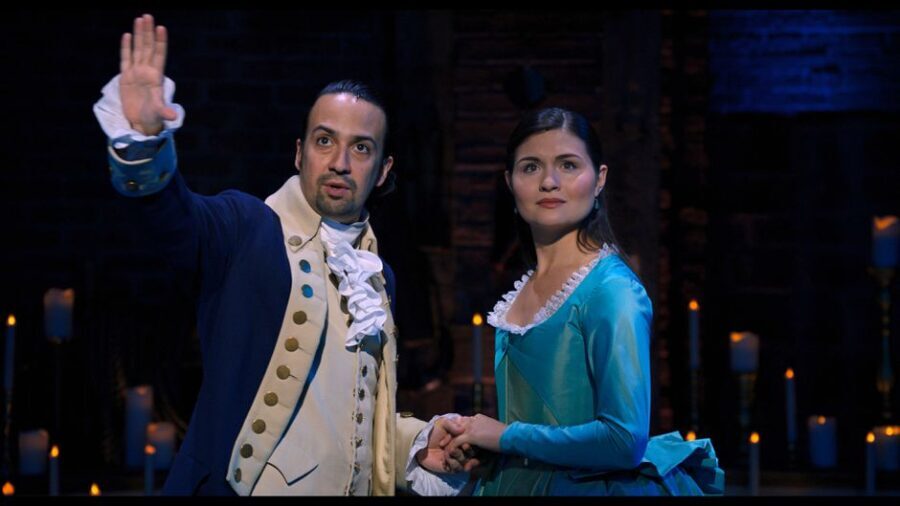 The musical re-telling of the life of founding father Alexander Hamilton has been widely praised for its pro-immigrant and anti-colonial sentiments. Photo courtesy of Disney+.

When Disney released a film version of the musical Hamilton on July 3, it was 11 years since Lin-Manuel Miranda performed an early number at a White House evening hosted by the Obamas.

Watching the musical in the fourth year of the Trump administration was to be jolted back to a very different America. The optimism that accompanied the election of the first black president has given way to the grief and anger of Black Lives Matter.

Hamilton is a musical drama built around the story of Alexander Hamilton, one of the founders of the American Constitution. Sung in a mix of hip hop, rap, and pop, it has won 11 Tony Awards, a Grammy and a Pulitzer. Disney reportedly paid US$75 million (A$108 million) for the rights to screen it.

Like opera, Hamilton is sung throughout, rather than being constructed around detachable songs intended to live as popular hits. The use of rap means Hamilton is more information-dense than most musicals, spinning seamlessly across several stories which lead to Hamilton’s dying acknowledgment of “America, you great unfinished symphony”.

Miranda not only wrote the lyrics and music, but he also starred in the original production, which was marked by the casting of non-white actors to play icons of the American Revolution. Shortly after the 2016 election of Donald Trump, Vice President-elect Mike Pence attended a performance of the show. Cast member Brandon Dixon addressed him directly during the final curtain calls, which Trump later labeled as “rude”:

We, sir — we — are the diverse America who are alarmed and anxious that your new administration will not protect us, our planet, our children, our parents, or defend us and uphold our inalienable rights … We truly hope that this show has inspired you to uphold our American values and to work on behalf of all of us.

Cole Porter’s first attempt at a musical in 1916 was called See America First. The 1927 Kern and Hammerstein musical Show Boat made racial conflict central to its story.

Throughout the 20th century, the musical was a form that aired politically difficult subjects. In 1937 Mark Blitzstein’s The Cradle Will Rock was a Brechtian expose of corruption and corporate greed. In 1949, Richard Rogers and Oscar Hammerstein spotlighted American racism in South Pacific.

Hammerstein also wrote the lyrics and book for 1943’s Carmen Jones, which transposed Bizet’s opera to an African American setting.

Like Gershwin before him, Hammerstein was Jewish, and Jewish themes run through several well-known musicals including Fiddler on the Roof, Cabaret, and The Producers.

Nor are Washington politics unusual in the American musical. There is a precursor to Hamilton in Sherman Edwards’ 1969 musical 1776, an account of the Continental Congress that declared independence from Britain. The show won the Tony Award for the best musical, beating the more subversively political Hair.

If Hamilton is innovative in its music and staging, its politics are in line with the dominant American myth that anyone can find success.

Alexander Hamilton was a poor orphan from the West Indies who became George Washington’s right-hand man, a co-author of the Federalist Papers that inspired the US Constitution, the first Secretary of the Treasury, and the leading exponent of a strong national economy. In 1804, he was killed in a duel with then-Vice President Aaron Burr.

For Miranda, the attraction of Hamilton was the capacity of the outsider to make it in the United States: “Just like my country” sings Hamilton “I’m young, scrappy and hungry”.

In his 1973 novel Burr, Gore Vidal describes Hamilton as “a strange wild little boy thrust by his bastardy outside society, forced to rely on his beauty and wit to get himself what he wanted, usually from older duller men”.

Vidal distrusted Hamilton, just as he distrusted his nemesis, Thomas Jefferson, for their vision of an American Empire. While Hamilton was opposed to slavery, he accepted its continuation as the price of union. Through its musical styles and casting, Hamilton claims the American Dream for those who were excluded, just like Martin Luther King or indeed Frederick Douglas in his famous 1846 speech:

Americans! Your republican politics are flagrantly inconsistent. The existence of slavery in this country brands your republicanism as a sham, your humanity as a base pretense, and your Christianity as a lie.

But there are no words as pointed in Hamilton and it has come under fire from critics and historians.

In making politics the theme of musical theatre, there will inevitably be omissions and distortions.

Evita is hardly a definitive picture of Argentina under Peron, nor is Les Misérables a reliable guide to the Parisian revolts of 1832.

The hype around Hamilton is as much a product of the American belief system as it is of the extraordinary mix of words, music, and story. One Washington critic claimed it as the greatest musical ever written because it recognizes the American Revolution … is ongoing even today, and there are Founders of America being born even as we speak.

Australian audiences, watching from home with stages empty and streets full of protesters, may respond with slightly less desperation to believe in this American origin story.

Correction: This article previously stated that Lin-Manuel Miranda addressed US Vice President-elect Mike Pence at the end of a 2016 performance of Hamilton. This has now been corrected to indicate it was cast member Brandon Dixon who read a statement.

This article was originally posted at theconversation.com on June 23, 2020, and has been reposted with permission. To read the original article, click here. 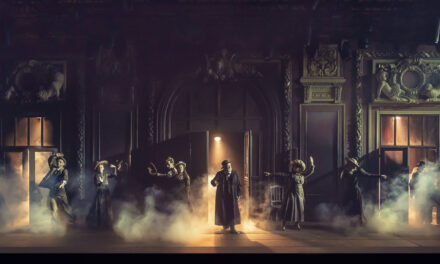 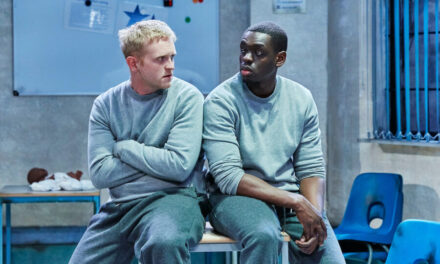