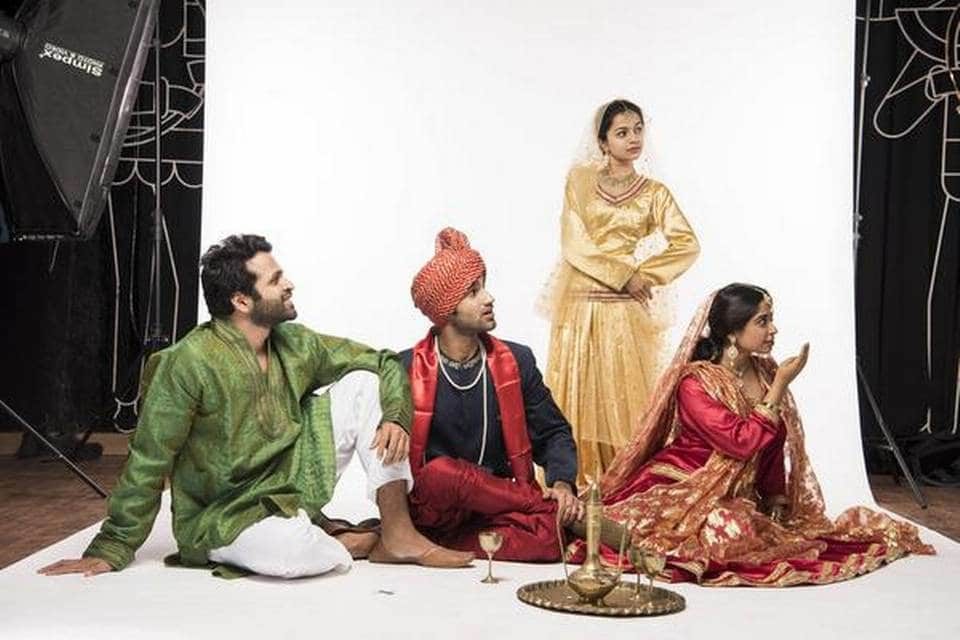 Theatre Preview "Under The Gypsy Moon"

This year’s eclectic Aadyam spread can certainly not be faulted in terms of its curation. From a stage adaptation of José Saramago’s sprawling novel on a pachyderm’s peregrinations across Europe to an all-time Bertolt Brecht classic with pacifist persuasions, and a quirky assemblage of relatively new plays sourced from three continents — dealing with subjects as varied as the bloodied genesis of the Taj Mahal, teen angst in an inner-city ghetto, and nostalgia and loss in the world of Hindustani classical music — it has been a full plate of offerings that could’ve justified a complete season, on paper at least. However, the year’s itinerary is far from done. Another luscious entrée, with its own flavors and aromas, beckons in the form of Akvarious’ ambitious Under The Gypsy Moon, an adaptation (by director Akash Khurana himself) of Sarat Chandra Chattopadhyay’s seminal four-part novel Srikanta. The play opens this weekend.

Chattopadhyay’s prolific oeuvre is no stranger to the Indian stage. Long before his novels like Devdas and Parineeta became a staple of Indian cinema, dramatizations of his works have thrived on stage. As early as 1918, Bhupendra Banerjee’s adaptation of Biraj Bou helped revive the fortunes of Star Theatre, the vintage venue on Beadon Street in north Kolkata whose ownership changed several hands even if Chattopadhyay’s novels continued to be staged for decades. In 1927, his subversive novel, Pather Dabi was banned by the British Raj. It was the story of Sabyasachi, the leader of a guerrilla organization and the women in his life. It was only in 1947, post Independence, that it could be performed theatrically at the famous Rang Mahal Theatre, another renowned Beadon Street Playhouse. Incidentally, both venues were devastatingly ravaged by fire (Star Theatre in 1991, and Rang Mahal in 2001), although sections have been restored.

As attested to by the title of his biography by Vishnu Prabhakar, Awara Maseeha(or The Great Vagabond), Chattopadhyay was a vagrant soul who became the saviour of the oppressed, a trait inherited by some of the leading men that feature on his pages, not least the drifting wanderer who lends his name to Srikanta — a novel that was akin to a travelogue. Khurana’s play comes at an opportune time — this year marks the centenary of the publication of the first volume in the Srikanta series in 1917, although it had previously been serialized in the Bengali monthly, Bharatbarsha. The blurb for Penguin Books’ 2003 English translation of Srikanta described it as the “first modern Indian novel”. Chattopadhyay was married twice, but unlike his great contemporary Rabindranath Tagore, his romantic transgressions, if any, haven’t provided fodder for tittle-tattle disguised as literary discourse. Both writers accorded women a central position in their novels and were far ahead of their times in terms of their progressive proto-feminist outlook. In the play, Srikanta is played by different actors at various stages of his life, including Arghya Lahiri (whom Khurana repeats after earlier casting him in The Hound of the Baskervilles, also for Aadyam) and Shivraj Waichal, the intrepid young actor who made such an impression as the eponymous night watchman in the Thespo offering, Bhanvar. The protagonist is beholden to several women, who were certainly casualties of society’s intransigence but were all powerful archetypes in their own right. The chaste Annada Didi devotes herself to an ungrateful wastrel, the rebellious Abhaya walks out of an exploitative marriage to live openly with her lover, the pious Kamal Lata (Radhika Chopra) is an upright woman of religion, and Pyari Baiji (Aastha Arora) is an alluring courtesan, and also Srikanta’s childhood love. These women have previously found cinematic showcases in Bengali films like Rajlakshmi O Srikanta (1958), Abhaya O Srikanta (1965) and Kamal Lata (1969), all based on chapters from the compendium. Others in a humungous cast of two dozen actors include Rajashree Sawant Wad, Mukti Mohan, Pavitra Sarkar, Rohit Mehra and Amey Mehta.

The mobilizing of a sizeable team can certainly be credited to the outlay provided by the deep-pocketed theatre initiative from the Aditya Birla group. “Aadyam is great at providing us with uncharted opportunities. It has allowed us to dream big. The large ensemble cast, the fluid set, the myriad scenes, props, and costumes have all come out of this process,” says Khurana. Performed in English and Hindustani, the play’s title comes from a strong visual of a moon that stayed with the director. As he explains, “Sarat Chandra described the novel as ‘a collection of scattered memories — nothing else’. This takes on a mystical, magical quality as Srikanta embarks on his journey.” Adapting an epic literary saga for the stage is no mean task, but Khurana has tried to distill the essence of the novel and its stylised narrative for the stage, gathering reminiscences from Srikanta’s life to present it to a live audience. Although this is not a production in the writer’s native Bengali, the rich ethos of the novel’s cultural landscape is omnipresent in Under The Gypsy Moon. “The music, like every other design element, aids in creating the atmosphere of the play. It adds to the scenery and backdrop as much as the set, the lighting, and the actual lines being spoken,” says the director. The production makes liberal use of music from Bengal, in the form of Baul, the music of Nazrul Islam and Rabindra Sangeet.

Khurana doesn’t quite recollect when the idea of adapting Chattopadhyay cropped in his head, “There’s always been this affinity to Bengali literature and sensibility. And I had never worked in that space before. Sarat Chandra’s work is marvelous in its complexity and simple in its exposition.” Although the book was set in the social milieu of turn-of-the-last-century Bengal, the issues of women’s emancipation, caste, and religion are still relevant and as contentious in today’s times. In Under The Gypsy Moon, Bengal becomes a microcosm of India that could serve up insights and emotional dividends of the kind that would make any theatre outing worth-while.

This article originally appeared in The Hindu and has been reposted with permission. 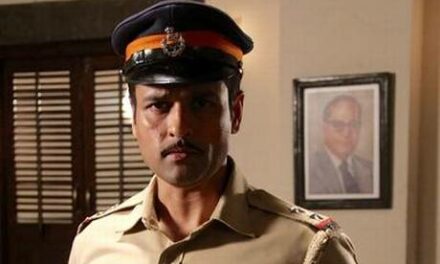 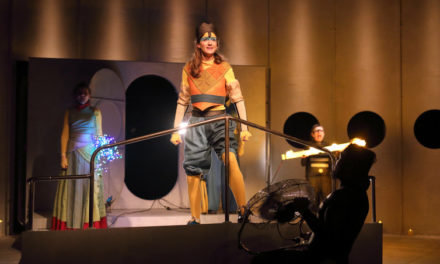