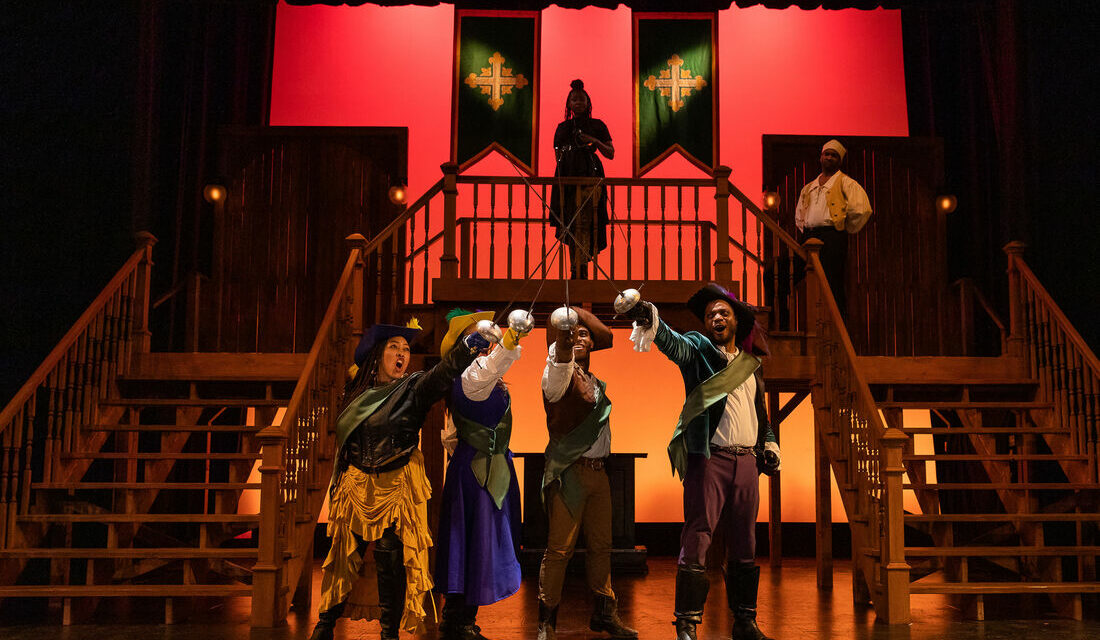 After an inaugural season of staged readings last year, this season, The Front Porch Arts Collective has co-produced three full productions in the Boston Area, the last of which, The Three Musketeers, is now playing in Stoneham, MA in collaboration with the Greater Boston Stage Company. Director Dawn Simmons seeks to ‘turn the story on its head with a diverse cast and diverse bodies tackling traditionally male roles.’ While this adaptation of Alexandre Dumas’ classic swashbuckling tale distinguishes itself with a cast of primarily people of color as well as two women playing the musketeers Aramis and Athos, this production of The Three Musketeers remains firmly planted in the past.

This production of The Three Musketeers generally follows the same plot as Dumas’ original novel. Newly arrived in Paris from the countryside, D’Artagnan seeks to join the famous musketeers, an elite force of fighters serving the King of France. He quickly becomes friends with the three most renowned Musketeers, Aramis, Athos, and Porthos, clashes with the scheming Cardinal Richelieu, saves the Queen of France from humiliation, and partakes in many many duels. The story is pretty convoluted, as it was typical for a 19th-century cloak-and-dagger European novel, but Dawn Simmons works to streamline the action. Simmons’ incorporation of pantomime on stage in conjunction with long character plot-exposition helps to both drive the story forward while pinpointing key character actions. But on the whole, this translation/adaptation by Catherine Bush plays it safe; this is very much a one to one transcription of the book to the stage. 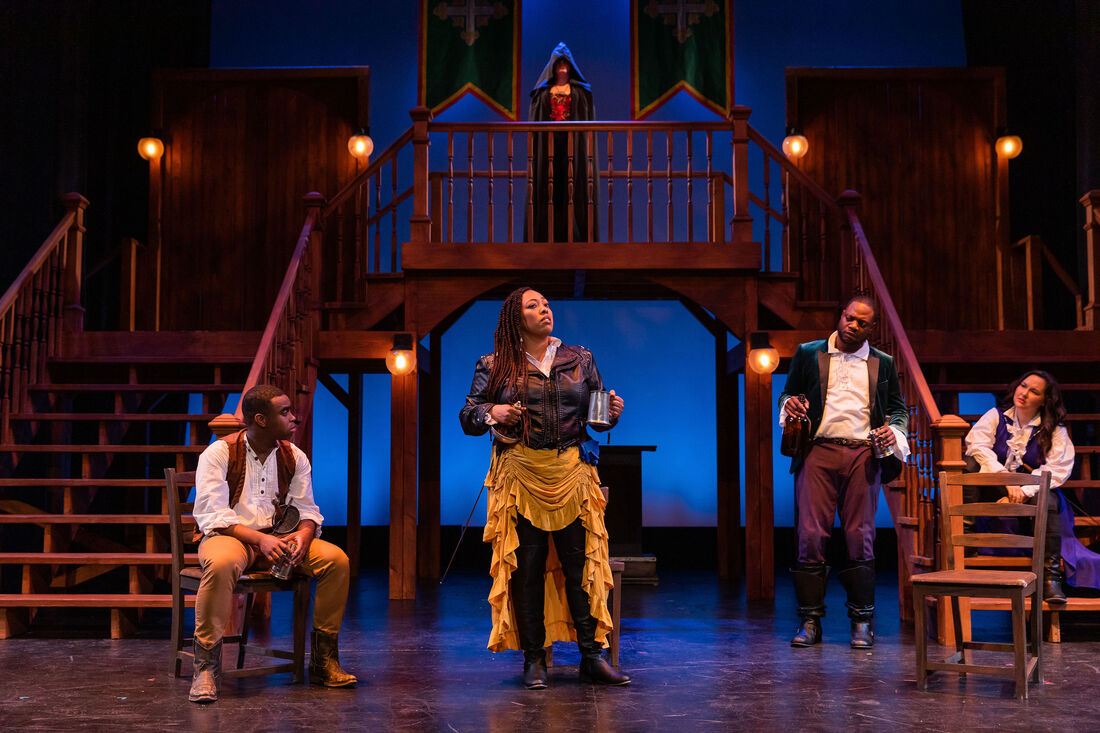 Although the cast is no longer predominantly white and male, as is the case for the vast majority of Three Musketeers adaptations, this story is still Euro-centric and male-centric. Athos is now played by a woman, but Athos still follows a distinctly masculine path, culminating in the ruthless murder of Athos’ scheming wife, Milady. Athos is unpunished for this murder; Milady is the property of Athos and what Athos does with Milady is Athos’ prerogative. Both characters may be played as women now, but patriarchy still colors their relationship.

Milady and the few other female characters are too easily categorized into whore/virgin dichotomies. No on-stage reference is made regarding the racial or ethnic diversity of the cast. It is truly wonderful to see the inclusive casting – representation on stage matters – but this production of The Three Musketeers‘ inclusivity is based in assimilation instead of promoting diversification.

The proscenium stage houses a two-floored set flanked by staircases which allow for effective if traditional staging. Maurice Emmanuel Parent’s Cardinal Richelieu is deliciously wicked—Parent is all but twirling his mustache in several of his scenes—and Marc Pierre’s D’Artagnan wonderfully alternates between doe-eyed and bright-eyed. Their supporting cast members are all enthusiastic and willing to play in the show’s myriad adventures. 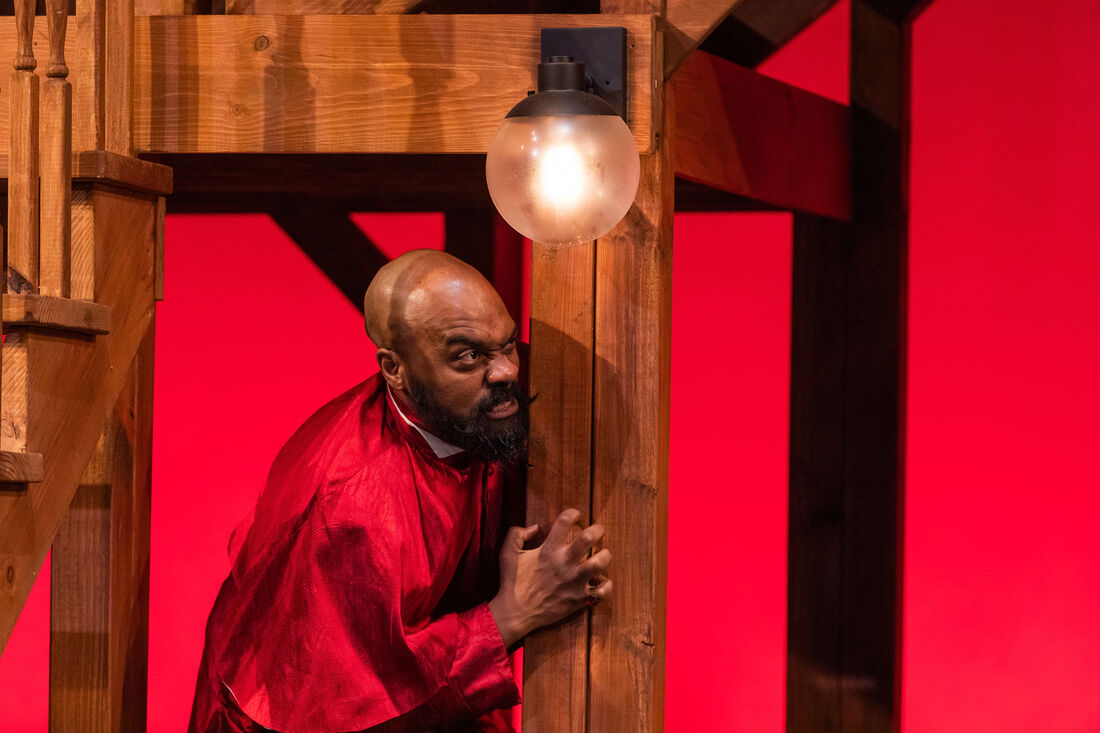 The Three Musketeers has a lot of fight sequences, perhaps the most I have seen in a single play. These set-pieces are fun, but similar: cacophonous rapier duels with multiple bouts happening simultaneously. Without an overall arc or a sense of where to look, these fights grew tiresome. There is one wonderful sequence that takes place in slow motion, and I wish that the rest of the fights offered this same sort of variation.

As the actors took their bows on the Greater Boston Stage Company, the song “Old Town Road,” the soon to be one-hit-wonder of 2019, plays over the speakers. It’s a prosaic attempt to re-contextualize the show for a modern setting and while it allows for a few chuckles from the audience, ultimately the song choice is superficial. 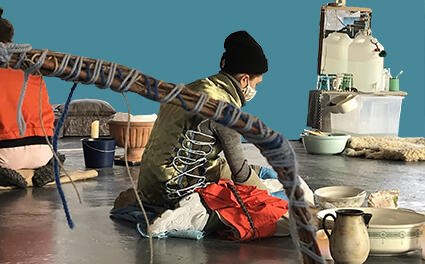 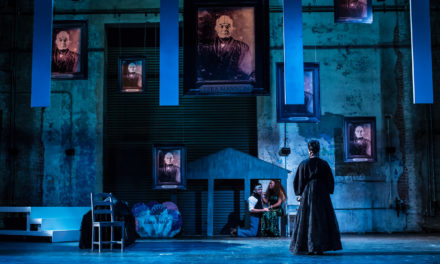