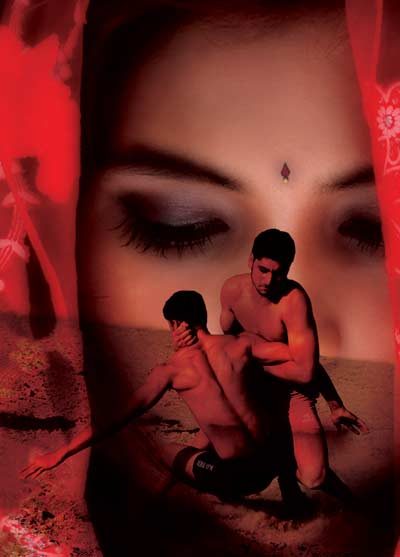 After over two decades, the Sultan Padamsee Award has been revived to discover fresh narratives in Indian theatre.

Ever since it was established in 1965, the Sultan Padamsee Award aimed to celebrate new voices emerging from Indian theatre, those who dared to challenge the canons of the West. Owing to a lack of administrative help, the award presented by the Theatre Group (founded by the late Sultan Padamsee in 1941) had been lost in oblivion for over two decades, only to be revived this year.

For several years, the laurel discovered not just new talent and brilliant writing, but also inspired playwrights to take up theatre professionally. Founder, Alyque Padamsee — Sultan’s younger brother, theatre personality and ad-filmmaker — has seen this award from birth to revival. Having entered the world of theatre in 1954, Padamsee noticed a paucity of original content created by Indian writers. During that time, performing plays of Shakespeare was the norm, but the ad-filmmaker decided to stage an original play set in Bandra. “It was called Bandra Saturday Night, and the characters spoke very colloquially,” he says.

Recounting tales of his older brother, Padamsee says Sultan, better known as Bobby, returned to India after studying at the University of Oxford bubbling with enthusiasm. “For some reason, he chose theatre to channelise it,” he says. And so in 1941, Sultan set up The Theatre Group, the crown jewel of Mumbai’s theatre landscape. The organization’s dedication towards the arts inspired Padamsee to take up theatre professionally. Unfortunately, Sultan passed away at the age of 24, but left behind a legacy which was a cornerstone for several theatre personalities. In memory of his sibling and to encourage Indian playwrights to produce original content, the younger Padamsee, along with the Theatre Group, initiated the Sultan Padamsee Award in 1965. It was officially handed out the following year. “I always wondered why we aren’t producing an Arthur Miller or a Tennessee Williams,” says Padamsee, who’s always believed in encouraging ingenuity.

Over the years, the award brought to the fore several new writers. The first year, Gurcharan Das received the accolade for his play Larins Sahib about Sir Henry Lawrence and the British rule in India. “It was a delightful play with elements of romance in it,” recalls Padamsee, adding that they had received 87 entries that year. Das was presented with a sum of Rs. 10,000 along with the award. “But the most heartening was Gurcharan telling me years later that our group put him in touch with his inner-self as a writer; before that he only wrote essays,” says the ad-filmmaker. Over the years, other prominent recipients have been Gieve Patel’s Princes, Dina Mehta’s The Myth Maker, Cyrus Mistry’s Doongaji House and Ram Ganesh Kamatham’s Ultimate Kurukshetra.

The award came to an unfortunate halt in 1989. “Organizing an award is a lot of work, and there wasn’t anybody to take it up,” says Padamsee. Now, years later, the leadership of Ayesha Sayani (a member of the executive committee of the Theatre Group) has propelled the return of the laurel. Having retired from her advertising career, Sayani took up the mammoth task of coordinating the award. “I’m proud that it has gone rather far off in the world,” says Sayani, adding that they’ve received entries from cities like Ontario, Berlin, Dublin, Bristol, London and New Jersey from outside India. The criteria for eligibility are simple: the entry has to be an unpublished and unproduced play in English, written by a person of Indian origin from any country.

An eclectic mix of four plays has been shortlisted this year. There is A Farming Story by Dublin-based Vineet Bhalla, an allegorical drama exploring the theme of dehumanization in modern society using the contest of the Syrian refugee crisis and the rise of Donald Trump. Having lived in different parts of the world, Bhalla says that human beings are fundamentally the same and share similar fears, struggles, and aspirations. Honored to be nominated, Bhalla hopes to gain more exposure and explore newer avenues should he win the award.

Venturing into the darker aspects of British-Asian culture is London-based Satinder Chohan’s Lotus Beauty, an all-female play giving voice to women of different generations. Chohan, who grew up in a Punjabi extended family in Southall, says writing can be a rather solitary process filled with self-doubt and criticism. “An award is a hugely welcome show of support and encouragement,” she says, hoping that the prize gives her play a future in a country like the U.K., where it’s tough to get a mainstream stage for immigrant stories.

Bengaluru-based Ramneek Singh’s Parvati’s Dark Children is set against the backdrop of the Adivasi resistance in the jungles of Bastar in Chhattisgarh. Singh’s work is also one of the three winners of Blue Elephant Theatre (London) Playwriting Competition. The writer says researching for the play took him to “the most heart-achingly beautiful places and made him aware of the incredible spectrum of Adivasi resistance to the corporate-state nexus.” Should he win the award, the playwright plans to use the money for the treatment and/or the rehabilitation of Adivasis who, he says, have been incarcerated and tortured by the State.

Questioning gender and sexuality is Shikhandi — The Story of the In-betweens by Mumbai-based Faezeh Jalali. It’s a tale of one of the earliest trans-characters in mythology. Having written a play for the first time, the theatre actor-cum-director plans to use the prize money to produce the play if she wins the award.

The winner will be declared at the Tata Literature Live festival and will receive a cash prize of Rs. 3,00,000, while the runners-up will receive Rs. 25,000 each. Scenes from the winning plays will be enacted for audiences at the festival, giving them a glimpse into the tempestuous life of its characters.

Visit 2016.tatalitlive.in for details of the Tata Literature Live festival. 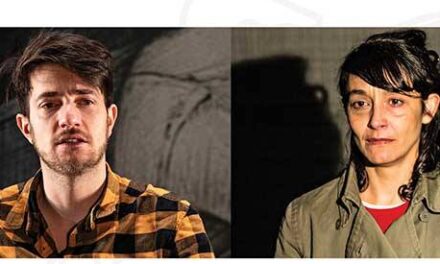 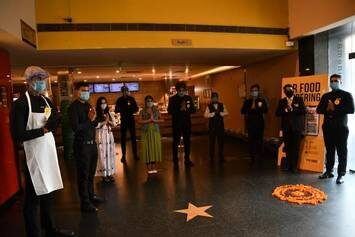