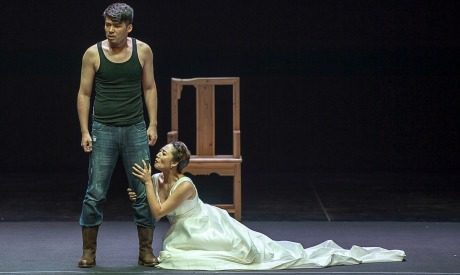 On Tuesday, 20 September, the theatre play Thunderstorm, directed by Chen Dalian and performed by the Fujian People’s Art Theatre opened the 23rd Cairo International Festival for Experimental and Contemporary Theatre.

The play was especially chosen for the opening of the festival which this year aims to celebrate bilateral cultural relations between China and Egypt. Written in 1933, Thunderstorm is the first play by the renowned Chinese playwright Cao Yu (born as born as Wan Jiabao, 1910-1996), which saw light prior to the Japanese invasion in 1937. In four acts, the play looks at the disastrous effects of rigid traditionalism and the hypocrisy of China’s wealthy social strata, while wrapping up in times of love and hate. 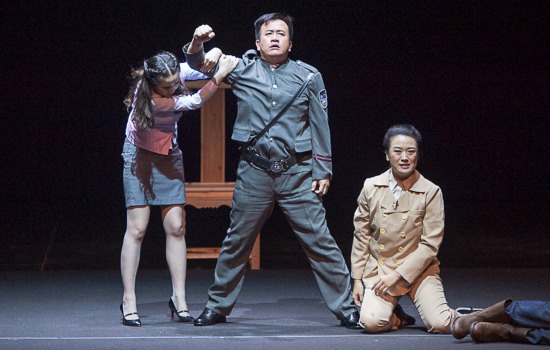 Thunderstorm transports us to the events of two days of the year 1925 and describes the physical and psychological destruction of a wealthy family, modern and somewhat Westernised, the family of Zhou. We follow the oppression of the morally depraved and corrupt businessman Zhou Puyuan. In 2011, to mark the centenary of the birth of Cao Yu, Fujian People’s Art Theatre decided to include this play in their repertoire. The play is directed by Chen Dalian, giving the classical text a contemporary, compact and very rhythmic staging. The play is performed regularly. Though Dalian’s interpretation remains faithful to the original text by Cao Yu, the director opts for an original staging, interweaving acting with percussive instruments and light effects, while the costumes accentuate contemporaneity. 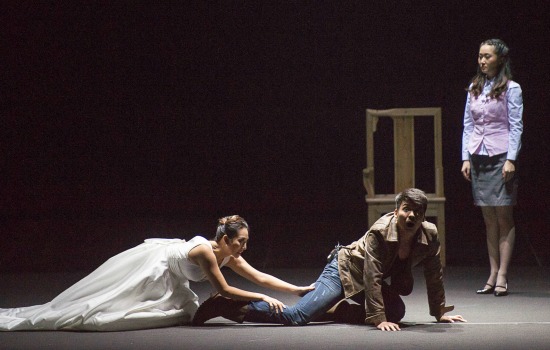 With such an approach, Dalian addresses the socio-political problems of today, not only in China but also worldwide. He denounces austerity and the servility of conservative societies to the corruption of men of power. The viewer sees a stage devoid of luxurious details: a single chair moved by the actors enough to evoke the spatial frameworks of a room.  Dalian plays with projectors and lighting to draw our attention to a monologue, a scene of love or one of conflict. At times the lights evoke the frigidity of the family; at other times they create an atmosphere of obscurity and darkness. Red lighting is used only once, in a crucial scene when the tragic plight of the family is revealed. 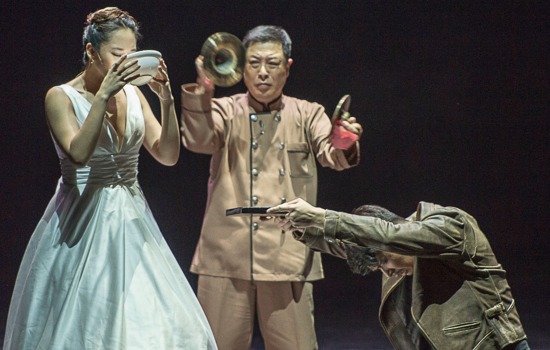 The actors play large percussive instruments. It is here that Dalian draws on the musical heritage of China and allows ancestral cultural factors to play an important dramatic role in the play. Sometimes the rhythm is repetitive, sometimes it is slow and monotonous, evoking a dark and gloomy day. There are moments when the percussion becomes overwhelming, announcing a disastrous event or a scandalous revelation.

Beyond the plot, the rhythmic patterns also contribute to the depiction of each character, evoking his emotional or dramatic state. Fusing tradition with contemporary culture and life, despite its substantial length, Thunderstorm is an enjoyable and theatrical experience embedded in rhythm and emotions. 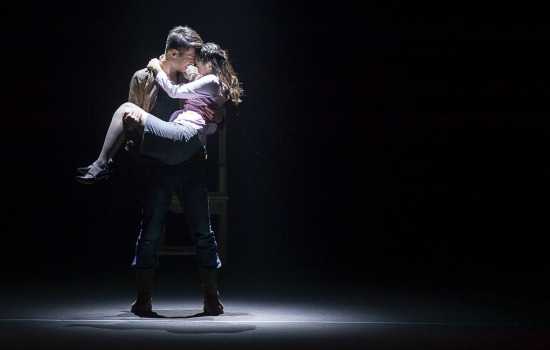 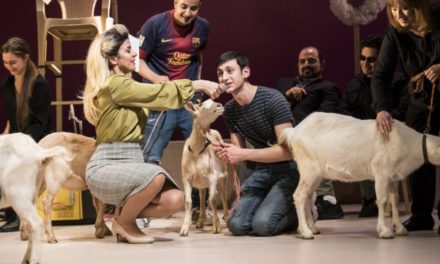