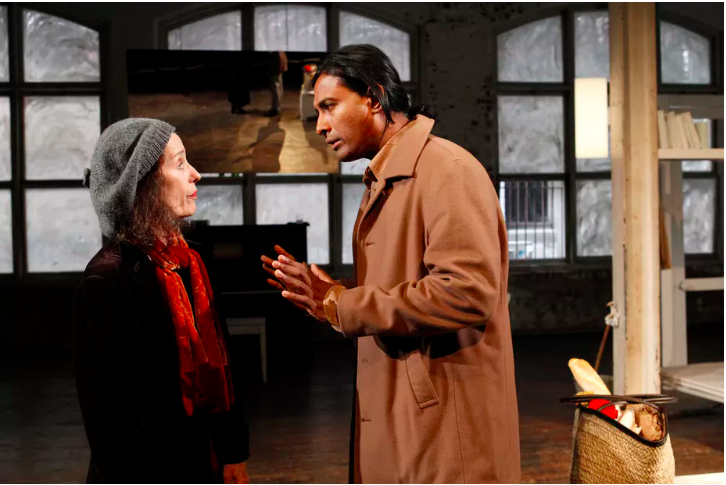 Helen Morse and Yomal Rajasinghe as Anne and Majid in "Dreamers", a play that feels of another world. Jeff Busby

More than ten years after the last production by the Keene/Taylor Theatre Project (KTTP), playwright Daniel Keene and director Ariette Taylor have reunited to produce the Australian premiere of Dreamers, running at Melbourne’s inner-city warehouse theatre fortyfivedownstairs until November 30.

Originally commissioned and produced by Tabula Rasa, the French theatre company that made Keene a household name in Paris, Dreamers is a love story between a white woman, Anne, and a younger man of color, Majid. Though the story focuses primarily on their affair it’s the reaction of Anne’s neighbors and family that exposes the xenophobia of their community.

KTTP was one of the earliest companies to emerge during the resurgence of Australian independent theatre in the late-90s and post-2000s Melbourne, though Keene and Taylor themselves were by no means new to the Australian theatre landscape.

Taylor moved to Melbourne in 1988 and has since directed for Handspan Visual Theatre Company, Playbox (now the Malthouse) and the Melbourne Theatre Company. Keene has been one of Australia’s very few internationally-recognized working playwrights since the early 1980s. 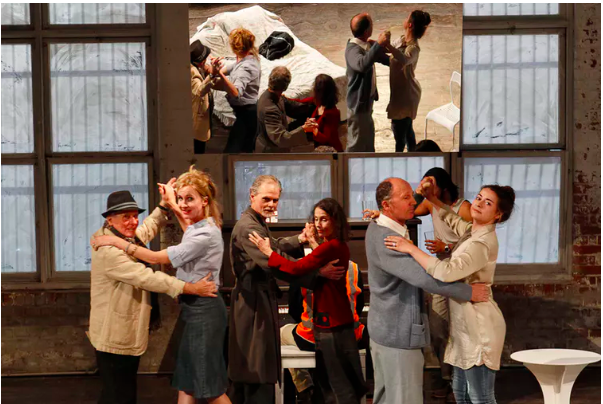 The company famously staged its first performances in a Brotherhood of St. Laurence furniture warehouse and then quickly began touring their productions interstate. The combined reputations of Keene and Taylor attracted an extraordinarily high quality of actors to the company. Of them, familiar KTTP actors Paul English, Marco Chiappi, Helen Morse and Jonathon Taylor have all returned for this production.

On the surface, Dreamers is a play about racism, and by inference the terrible treatment of refugees around the world, but if this is the theme then it is largely informed by the context rather than the content.

Much about this play lacks specificity, which doesn’t necessarily translate into universality. It feels of another world.

There is a presentational quality to the acting and the writing. Subtext often takes the place of text and the characters that surround Anne and Majid seem to have no real sense of conversation.

The dialogue is at the same time awkwardly formal and bluntly intimate. Characters who seem to have never met exchange an awkward moment of introduction and then quickly go into detail about the problems of their personal life. 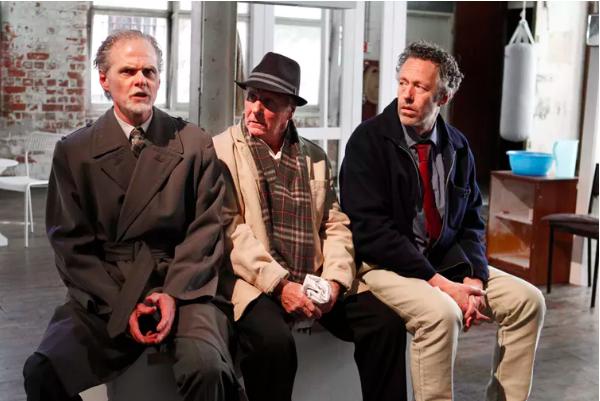 It’s possible to see these as moments when the characters’ internal monologues can’t help but spill out, even to total strangers but, due to the presentational style, it comes across as a theatrical convention that has been employed so as not to get bogged down in psychological motivations.

Theatre, among all the other things it is and can be, is a process of ritual self-identification and affirmation. Like shaking hands or singing an anthem, seeing theatre is a social ritual with common conventions encoded into it that remind us who our community is, reaffirm what we stand for and provide us with the opportunity to demonstrate our belonging.

Dreamers may not be a play that reveals the human heart of racism or confronts us with new hard truths about ourselves. It may only dramatize things we already know – racism is bad, insular communities are generally more xenophobic – but then it’s worth asking if it’s necessarily a bad thing to demonstrate and reaffirm those beliefs.

Is it a bad thing to reassure the audience their sympathies are well founded, especially as the chorus of racist, sexist, and homophobic voices in our everyday life grows more strident?

By showing us that others share our beliefs, a play such as Dreamers can keep us from despair.

As the mainstream media is dominated by increasingly conservative agendas, the live stage, and particularly the alternative (fringe or independent) stage, must surely become more and more reactionary.

It is the liveness of the transaction between stage and audience that has kept theatre going long after the advent of all the other forms that were supposed to replace it. That any person can stand in front of a crowd and say what is in his or her heart is what gives theatre its power and what made Keene’s words in Taylor’s hands feel so raw and dangerous at the end of the last millennium.

We very much need theatre that shakes us like that again.

This post originally appeared on The Conversation on November 9, 2014, and has been reposted with permission.