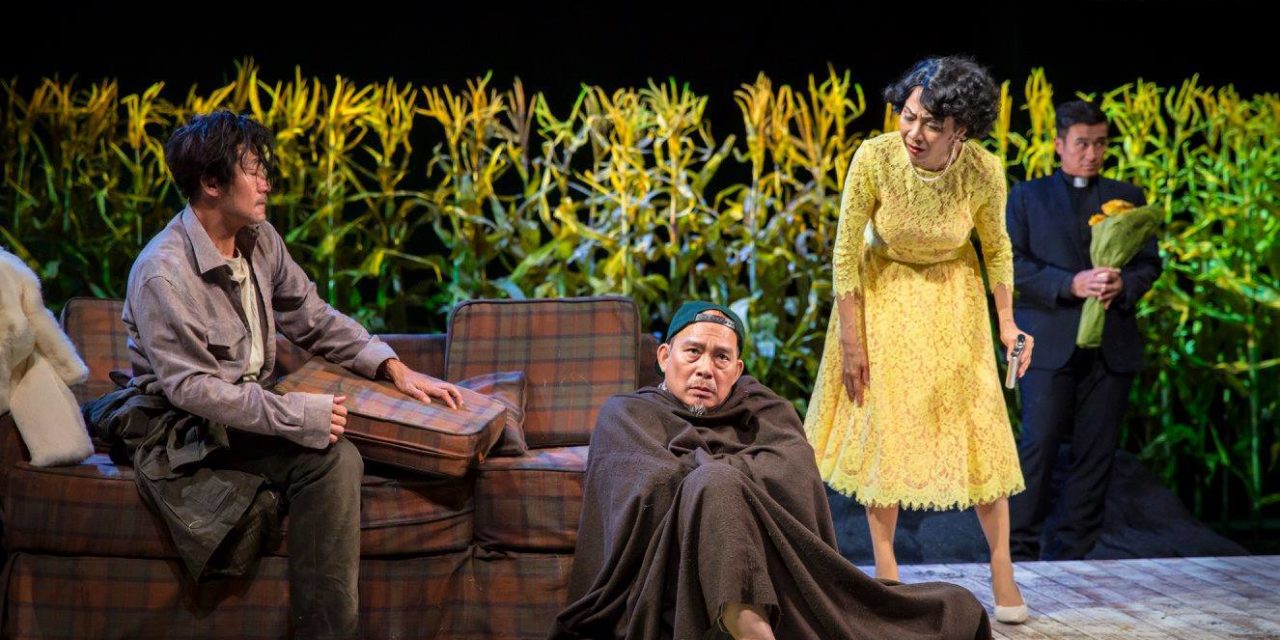 American Travis Preston directed this production of Sam Shepard’s Buried Child for the Hong Kong Repertory Theatre based on Anthony Chan’s new Cantonese translation. Instead of localizing the language, Chan opted to retain some of the original English text to mixed success — Shelly’s initial singing of “Old McDonald Had a Farm” seemed most appropriate in English, but Vince’s singing of the “U.S Marine Corps Hymn” (or even knowing the song’s title) may have been difficult for many in the audience to grasp. Much of the original sparse dialogue with rich subtext was retained in this translation, which points to an advanced understanding of the play by the translator.

The show’s slow tempo was broken by several sudden disruptions; chief among them was a bright light and the sound of breaking glass from the back of the house at Vince’s return in Act III. Tilden’s sudden rear arm chokehold of Shelly halfway through the play as he reveals the details of Dodge’s dark secret was another standout moment. Preston created these jarring moments to coincide with the unraveling of the dark family secret at the heart of the play. This technique serves to keep the audience engaged in a play in which much of the plot relies on revelations of past events rather than impactful, active choices with immediate consequences.

The dark humour of the piece was brought out in this production, with an especially delicious chastisement of Bradley by Halie over sticking his finger in Shelly’s mouth,  but the audience seemed more receptive of the simpler humor of Dodge’s cajoling the other characters to get him a bottle of whiskey. 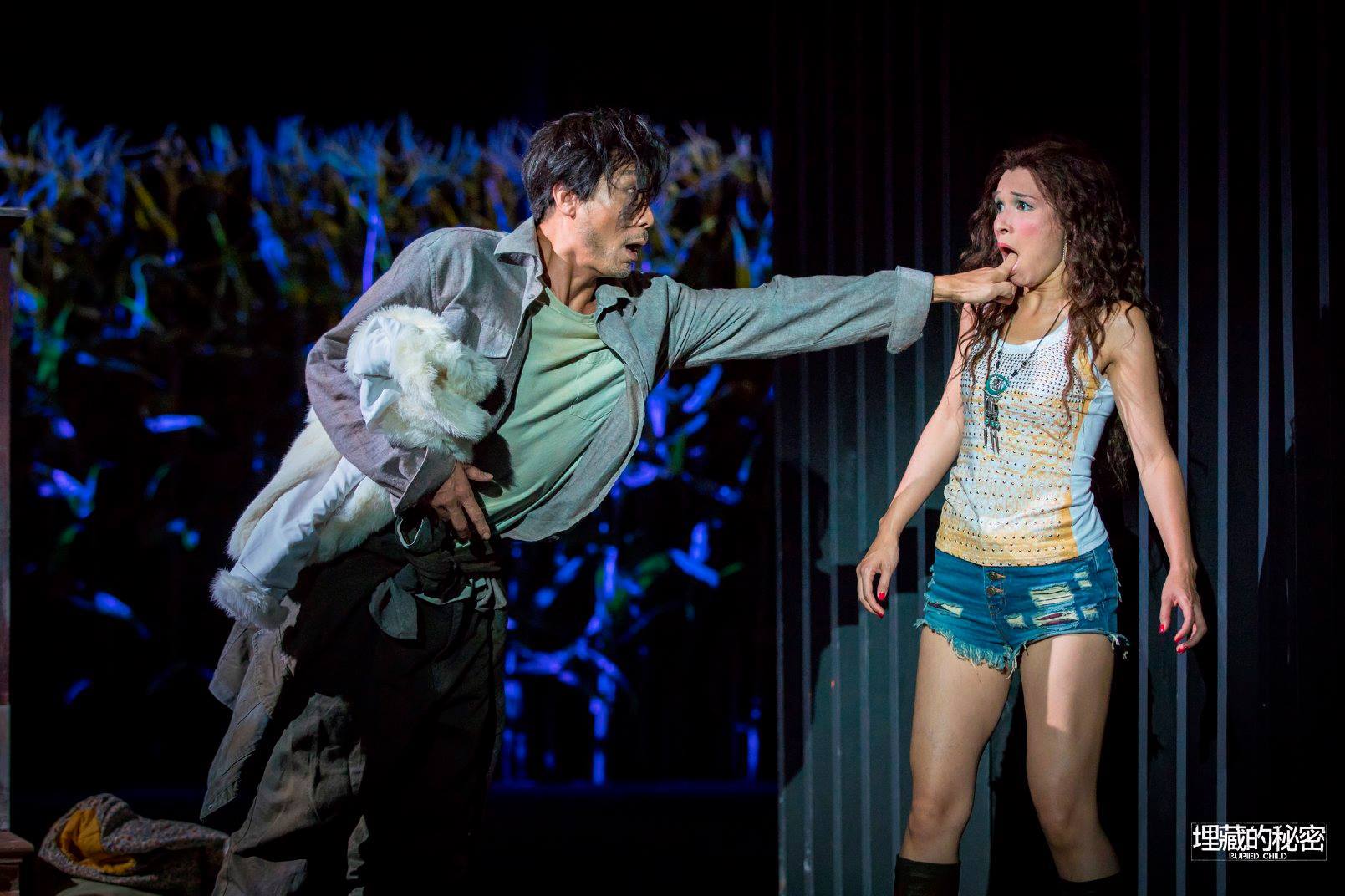 In general, characters seemed to lack the sense of urgency in their delivery and tended to present monologues as passive internal journeys rather than active dramatic arguments.  The nuances and contradictions inherent in playing Halie were lost in Au Ga Man’s clear yet monotonous portrayal of the family’s complex matriarch. The opening conversation with Dodge shouting from below to Halie, who was supposed to be on the second level, was ill-played by Ms. Au, whose articulations, likely due to the use of a microphone, failed to present the urgency of their conversation.  Chow Chi Fai’s Dodge, Mercy Wong’s Shelly, and Lau Shau Ching’s Vince were performed with nuance and enough directed energy to leave a lasting impression on the audience. Mr. Chow’s portrayal of the slovenly and stubborn Dodge was done particularly well- even with the challenge of the character’s confined area of activity.

The set was pared down to a minimum – couch, staircase, end table – yet the primary focus of the set was the row of corn that ran parallel to the house upstage. Characters were visually announced by their moving through the corn, an innovative use of the set, but perhaps contradictory to Halie and Dodge’s refusal to acknowledge the 6-foot tall row of corn outside their back door. The lighting design worked well with the corn as its canvas, painting at times a dead field of stalks or a vibrant, ripe crop as the occasion dictated. 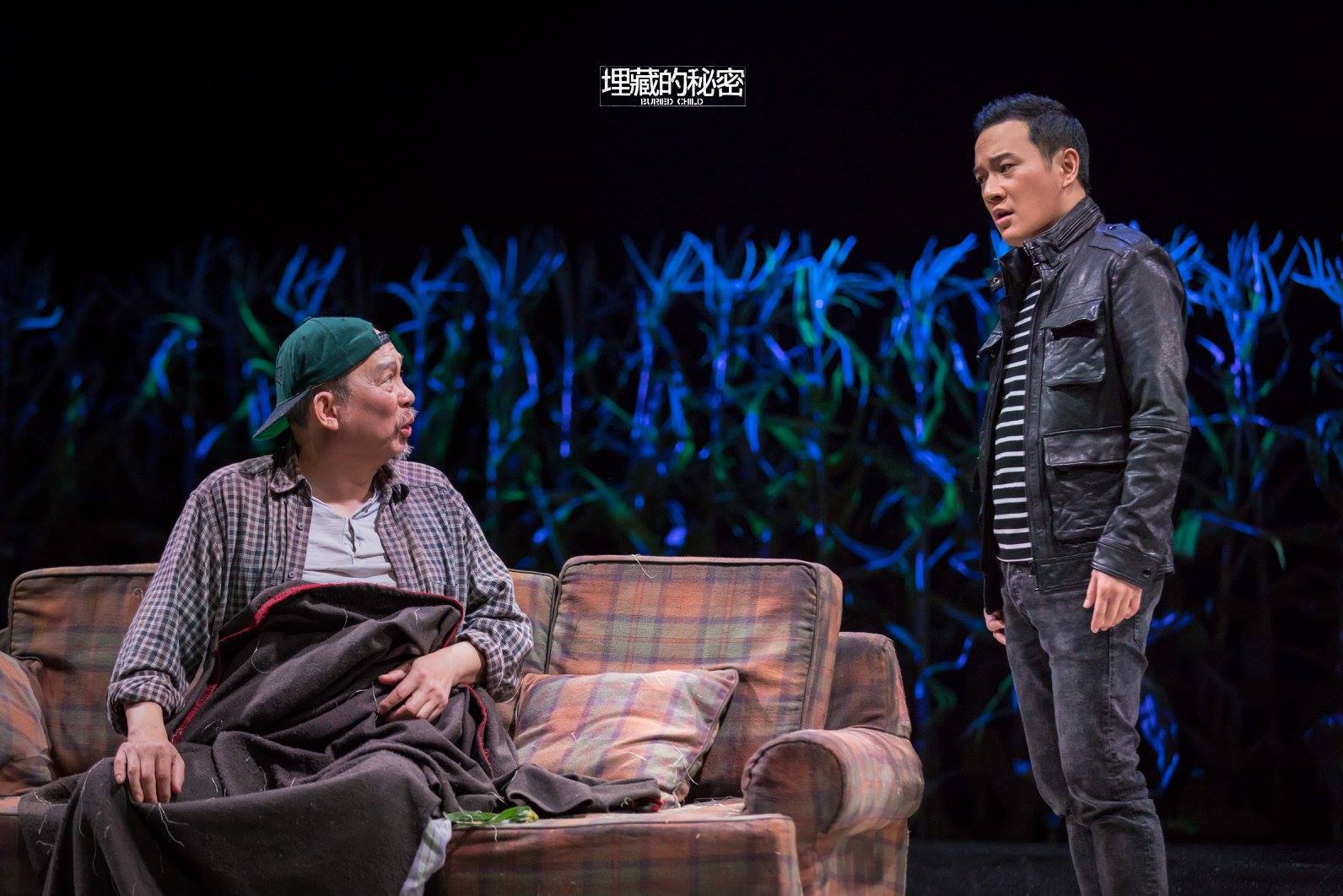 Several technical issues plagued the performance on July 18th. A late start to the show, a premature blackout, a rain machine that failed to rain, and a faulty microphone producing an ear-piercingly loud static noise at the end of the show were among the more noticeable errors.

Ultimately the disparate elements of performance failed to coalesce into a coherent whole, which was compounded by the difficulty in bringing the sense of fierce independence and foreboding loneliness of rural America to cram-packed, fast-paced Hong Kong. On this particularly rainy Tuesday, the rain machines set up at the City Hall Theatre served to remind the audience of the constant rain pouring outside; but somehow this onstage rain also provided a faint connection between the fictional world of the American Midwest and the realistic world of Hong Kong. 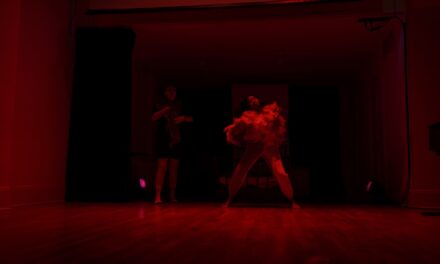