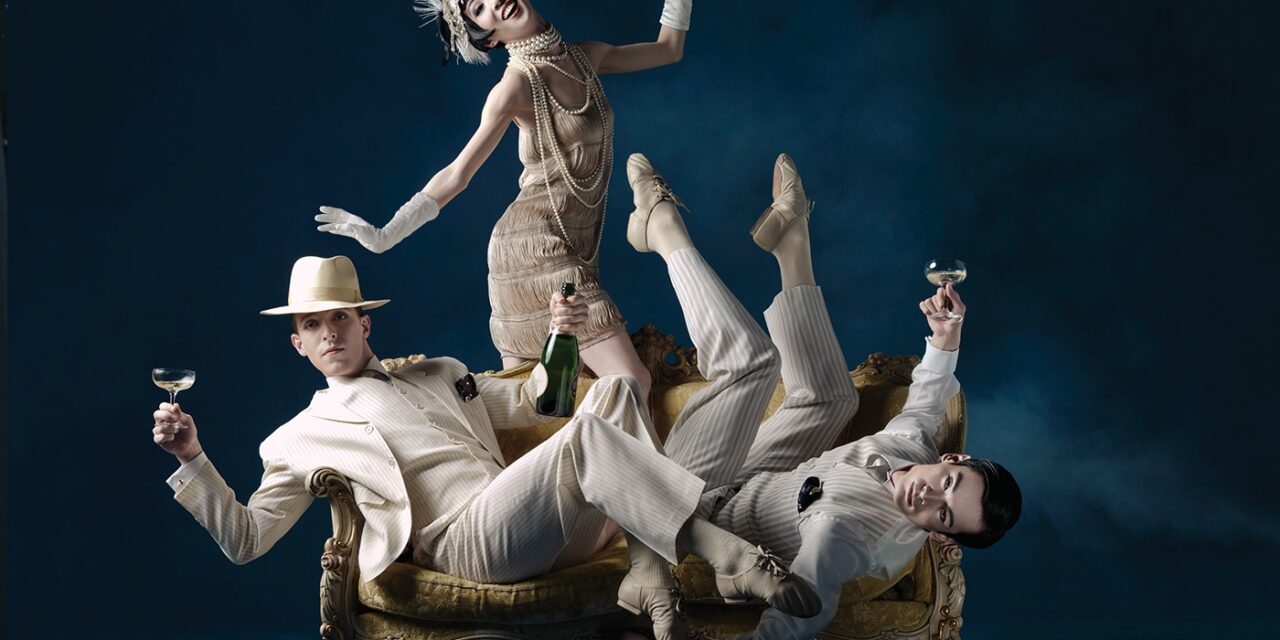 This article is brought to you by The Hong Kong Ballet

Half-way through his second season as Hong Kong Ballet’s artistic director, Septime Webre is preparing what is by far his most ambitious show to date – his adaptation of F. Scott Fitzgerald’s classic American novel, The Great Gatsby. To help him, he has brought in Tim Yip, one of Hong Kong’s most successful cultural exports, to design the production’s set and costumes.

It remains to be seen how this will work. The Great Gatsby is celebrated for, among other things, its evocation of American decadence. Yip, in contrast, is known for his “new Orientalism” – a very different aesthetic from a very different part of the world, and which famously found expression in his work in Ang Lee’s Crouching Tiger, Hidden Dragon, which won him the 2001 Oscar for art direction.

For Webre, Yip was an obvious target for collaboration.

“I’ve been a fan of Tim’s since I first saw Crouching Tiger almost 20 years ago,” he says. “Every once in a while, I would see another thing by him, and I just thought that his work was smart and poetic, but also extravagant and in a really modest way wholly excessive. In all his work he’s a maximal minimalist – everything is refined and focused, but it’s also sometimes unbridled in a beautiful way.”

Yip recalls it was an Agnès B. café where they first sat down and talked.

“America in the twenties was not something I was familiar with. But I wanted to try,” he says. “I like ‘20s costumes – there’s something a little Oriental about them. I had seen the two films [of The Great Gatsby]. I thought ‘It’s the [right] time to do this one.’”

Webre concurs. “We met. He came to the studio. We weren’t really sure what the project was going to be. We brainstormed a bit. We had lunch,” he says. A couple of months later, Webre called Yip and proposed a project. “Tim said, ‘I’m not sure about that one, but The Great Gatsby – that I would like to do,’” says Webre.

For Webre, it was quite a coup. Yip had barely worked in Hong Kong since leaving the city in 1993. A graduate of Hong Kong Polytechnic photography department, his art direction career began in 1986 working with the still relatively unknown John Woo on A Better Tomorrow. That film’s huge success led to work for Stanley Kwan (Rouge, Full Moon In New York) and Wayne Wang (Eat A Bowl Of Tea).

Wanting more space to explore his own ideas, Yip then decided to leave Hong Kong for Taiwan. That move led the way to work for the stage, in both dance and opera, and his spectacularly successful creations for Ang Lee. Through the 2000s, Yip’s film work has featured films by Tsai Ming Ling, Feng Xiaogang, and John Woo’s Red Cliff. More recent highlights included designing the San Francisco Opera’s Dream Of The Red Chamber— shown the following year in the Hong Kong Arts Festival—and, Akram Khan’s reworking of Giselle for English National Ballet, alongside a growing body of his own conceptual work. 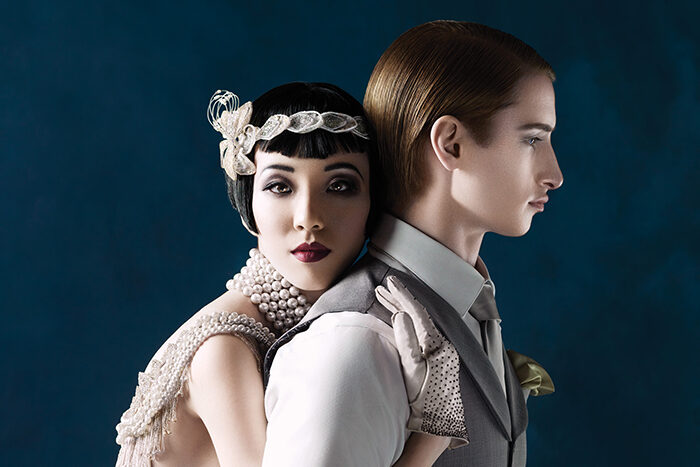 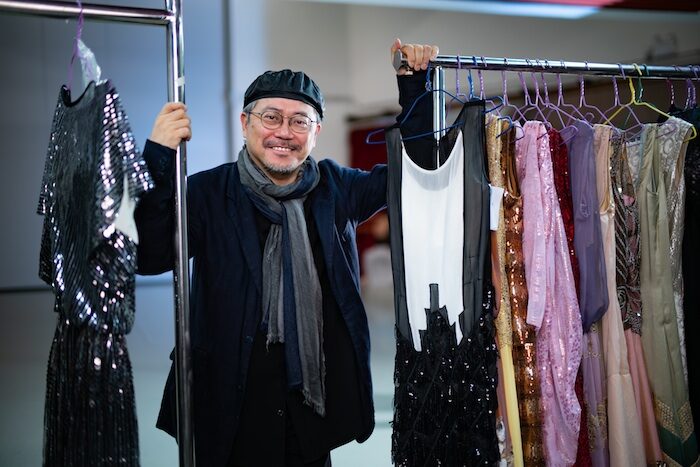 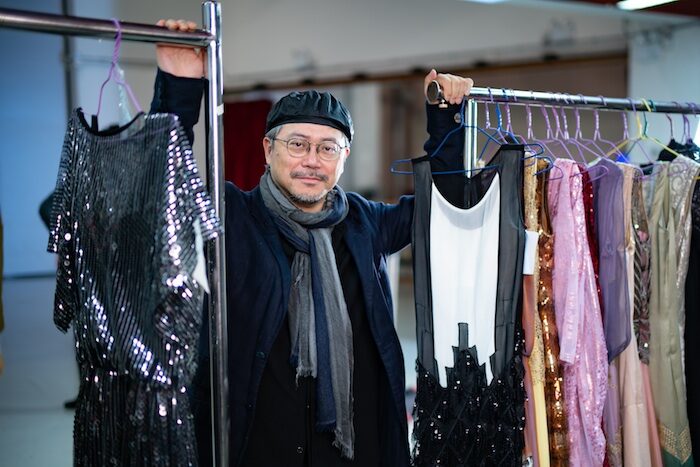 In the rehearsal room – Photo by William Furniss 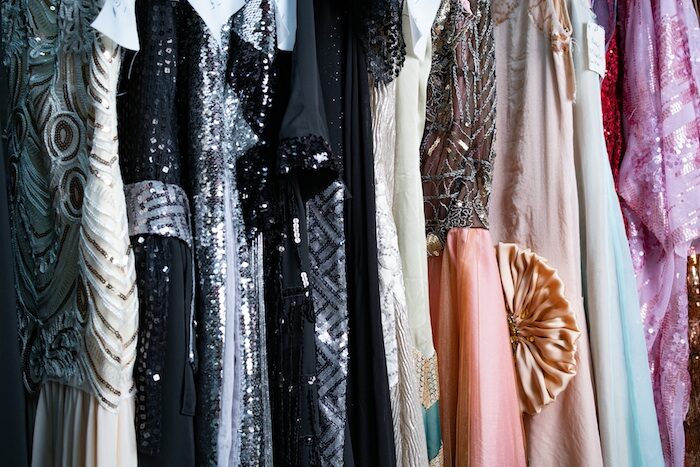 With The Great Gatsby, Webre is returning to a show he first created in 2010 for Washington Ballet, the company he worked for seventeen years before coming to Hong Kong. And while he points to similarities between the show’s New York of the 1920s and contemporary Hong Kong, in terms of their energy, ability to generate wealth, and stark class differences, more important, is the chance this revival gives him to stamp his personality on Hong Kong Ballet.

“A year and a half ago, I was exploring the newness of being in Hong Kong. I was keen on the ways in which Hong Kong was different,” he says. “My point of view now is I see the commonality. It didn’t take me long to shift that framework—about a year—but coming into my second season, the work I’m doing now is a continuation of the work I’ve been doing since I’ve been in the profession,” says Webre.

That means continuing to move on from the abstractions of modernism that dominated ballet through the 20th century to a focus on narrative – which in his work has meant taking novels and putting them on the stage in ways that highlight their underlying themes.

One of these is the urban energy of the 1920s: “This was a period when select urban centers around the world had this special kind of renaissance,” says Webre. “Certainly in New York, where the story is set, there was a financial renaissance that gave us the world of the Great Gatsby, but also the Harlem Renaissance. Paris had Hemingway, Gertrude Stein, and Picasso. And Shanghai was similar.” 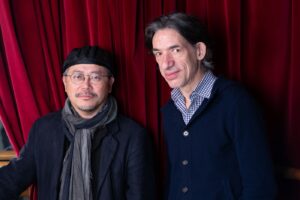 New Hong Kong Ballet director Septime Webre has turned to one of Hong Kong’s most celebrated cultural exports for his retelling of an American classic. | Tim Yip and Septime Webre – Photo by William Furniss for Zolima CityMag

But another was the unthinking behavior that the era’s wealth and excess created, reflected in the book’s tale of Jay Gatsby’s obsession with Daisy Buchanan, her husband’s affair with Myrtle Wilson, and the tragedy that plays out after Myrtle is run over and Gatsby is shot. For Webre, bringing these together means offering people meaning, but without explaining every nuance.

“In ballet, we render a story abstract. Even when we are storytelling our language is metaphorical,” he says. “The system of encoding secrets into the designs and the choreographic ideas is really important. The audience may not get all of the references, but the decisions aren’t just about what looks good. What enters the picture is, what does it mean?”

That means keeping things simple when it comes to the unfolding of events. “There are no mother-in-law in ballet,” says Webre, citing George Balanchine, one the of the 20th century’s greatest choreographers, on the importance of not getting hung up on the minutiae of plot found in novels and plays.

The same thing holds for characterization. Tom Buchanan, a millionaire “master of the universe,” has a choreography filled with virtuoso moves. “The audience will enjoy those moves because they’re fun to watch. But the virtuosity is there as a metaphor for how this guy lives – on the edge, pushing it,” says Webre.

Yip offers his view. “In modernism, we are always taught to have one direction. But the future is coming from multiple [directions], in multiple layers, from multiple angles.” With no single point of view, ultimately, it’s up to the audience to decide what’s happening. “We just create a space for anything to happen. It’s not something for answers,” he says.

Webre and Yip talk through the set’s key features. Upstage: “A giant bridge which happens to be so damned glamorous — it’s just beautiful — a really iconic theatrical gesture,” says Webre. “Downstage, we have a beautiful, oversized art deco gate, five meters high, that serves to segregate the modesty, honesty, and earnestness of Nick [Carraway, the story’s narrator] from the hubris of Daisy Buchanan’s home and the unthinking excess of Gatsby’s home and his parties.”

A giant LED screen hangs above the stage. At one point, it’s an opulent Art Deco ceiling. At another, it’s the backdrop for a game of golf. Later, it’s a star-studded sky. When Gatsby brings Daisy into his home, he wants to make her dizzy with his wealth, so hundreds of silk shirts are put on show in glowing cabinets at the back. In a show that’s centered on excess, it’s the grand gestures that count.

Further emphasizing the show’s roaring twenties exuberance is a cast and musicians comprising guest star dancers Matthew Golding and Brooklyn Mack, a seven-piece jazz band and blues singer E. Faye Butler from the US, plus roles for Hong Kong jazz singer Freddy Au Yeung, tap dancer Wong Tan-ki, and TV presenter and MC Desmond So. Combined with Yip’s set and costumes, Hong Kong Ballet looks ready to offer a treat for both the eyes and ears, and a marker for Webre’s future ambitions for the company. 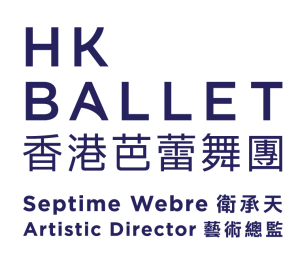 This article was written by Simon Cartledge for Zolima CityMag on February 5, 2019, and has been reposted with permission. 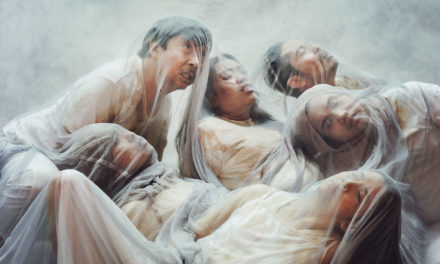