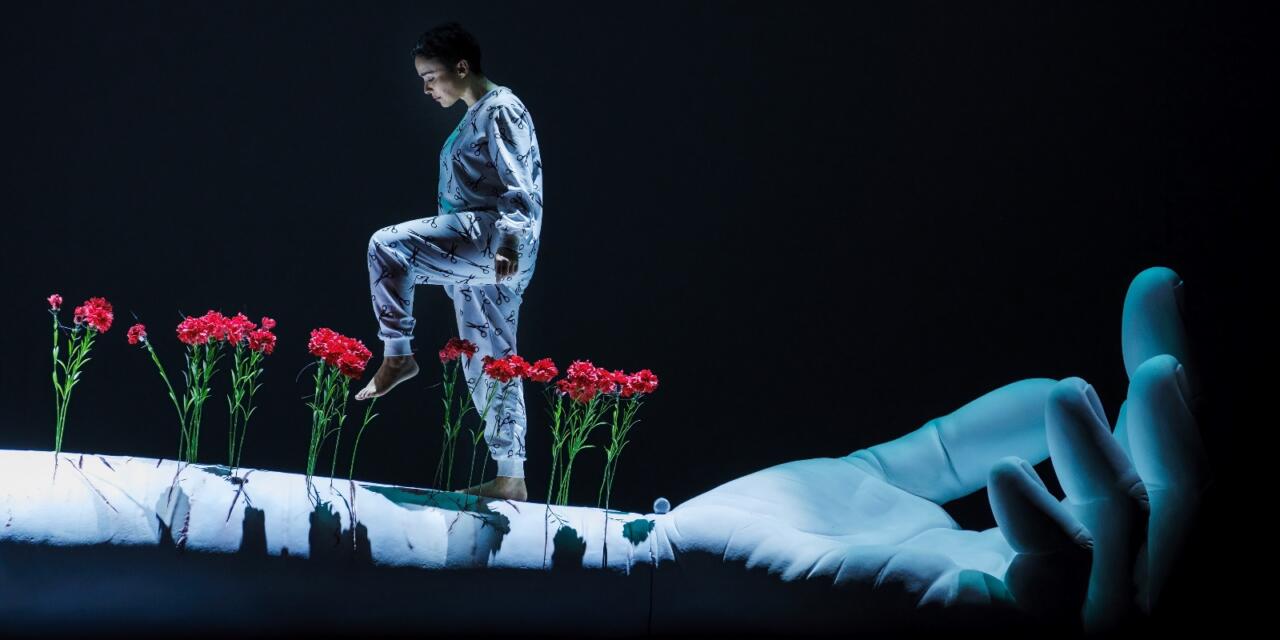 A contemporary opera has conquered one of the oldest and prettiest theaters in Spain. It is titled Borderland, maldita cabeza (Borderland, damned head) by Marta Eguilior, the librettist, stage director and set designer, with Igor Escudero, the composer. While the theater is the Corral de Comedias in Alcalá de Henares, a historical city close to Madrid (Spain) whose downtown is a UNESCO World Heritage Site. The release of the play has meant a clash between the new (opera) and the old (space).

The main character is a young woman who has a borderline personality disorder. A person who feels so upset and angry that she prefers to cut herself instead of suffering the disturbing feelings she has. It is a monodrama as La voix humane by Poulenc, which is based on the play by Jean Cocteau, that Marta Eguillor knows very well because she directed it few years ago.

The music, which is played by a pianist and a violoncellist, does not sound as modern or contemporary as its topic. It is more linked to the classics although it includes a popular Spanish song called In Spain we call it Soledad by Rigoberta Brandini. This songwriter, who became a celebrity during the pandemic, came very close to represent Spain at Eurovision.

Her candidacy to this popular European musical contest led to a great national debate last month because her song, Ay mama, that is dedicated to mothers. There were people who thought that it was inappropriate for this contest because the song has many direct references to the women breasts, menstrual flow and their bodies.

Besides the music, the intimacy of the place, a small room for less than one hundred and fifty people, lets the confessional atmosphere flows freely. The Corral de Comedias is a cozy place that facilitates the connection with the audiences. They listen in silence till the end, when they invariably stand up and give a big round of applause to the crew members.

This reaction could be the result of several factors. One of them is the soprano, Ruth González, who is not only a good signer, but she is also a good actress. In fact, she is a suitable example of the new opera singers who don’t only sing, but also know how to perform characters and be on.

In addition, mental health, which it is the subject of the opera, can also contribute to the success. It became a trending topic in Spain after the covid pandemic and the Simone Biles resignation announcement during Tokyo Olympics 2021.

In this show, as it has been told, the main character is a person with mental health problems who tells us how western societies make her life more difficult. Not only because of the incomprehension of the rest of the people but because psychiatrists and psychologists name mental disorders as a way of separating healthy from sick people. Moreover, their diagnoses complicate life for those who have been classified as ill, including people with borderline personality disorders, who are left in no man’s land as ordinary people who need psychological support and therapy for the rest of their lives

Last, but not least, the images created by Marta Eguilior on stage also influence the audience’s reaction. From the scenography, a big white arm where the character can sit or lay down relaxingly, till the moment when the pianist and violoncellist dress up as nazarenos, members of the Christian groups who participate in the Spanish Easter parades carrying heavy Jesus and Virgin Mary baroque statues.

The costumed musicians are accompanied by the soprano on the stage who wears a peineta, a high comb, on her head, and a mantilla, a traditional Spanish lace or silk veil or shawl. Both are traditionally worn by Spanish women during Holy Week masses and parades. They are so traditional that pictures of the women with those elements became iconic during the Franco dictatorship and continue to represent Spanish culture at home and abroad.

In any case, this combination of images provides a shocking and one of the funniest moments of the opera because something falls on the head of the character. Then, she realizes that she must accept her mental health condition, to live with it and decides to do it humorously.

Underlying that humor, ironically used, is a technique that permits crew members to display a wide range of points of view. This time about mental health. Therefore, it allows to build a complex main character for the audiences and grabs their attention.

All the facts listed before should ensure this opera will tour at least in Spain. On the one hand, because it is about mental health, a topic that Spanish society is really interested in and is debating about after knowing that suicide is the most frequent cause of death for youngsters or the mental health problems raised after the covid pandemic. On the other hand, this opera offers a fresh view with a young perspective for all the people who want to understand individuals with borderline personality disorders.

In addition, it is not an expensive production because it is a chamber opera. It means that the theater artistic directors don’t take big financial risks by including this show in their seasons. What is more, they can offer a genre in which the Spanish public’s interest is increasing.

Eventually, directors can respond to the curiosity of the audiences by providing a creative and challenging show. And, simultaneously, new theatre professionals, who are already making a name for themselves through their current works, are introduced in Spanish theatrical circuits before they become references that many won’t be able to afford sooner rather than later.