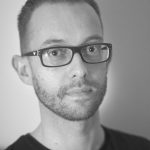 William Gregory studied Spanish and French at Cambridge and trained as an actor at Drama Studio London and the Escuela Navarra de Teatro, Spain.  Since 2003 he has been a translator and script advisor for the Royal Court Theatre, working on new writing projects with playwrights from throughout the Spanish-speaking world.  Of his over 100 translations, highlights include New Plays from Chile, Arena Mexico and Cuba Real at the Royal Court, Chamaco by Abel González Melo (Cuba) for HOME, Manchester, and Goya by Rodrigo García (Spain/Argentina) at the Gate, London.  Forthcoming productions in 2017 include Villa for the Play Company, New York and world premiere B at the Royal Court, both by leading Chilean playwright Guillermo Calderón.  He is also a member of Out of the Wings, an Ibero-American theatre collective based at King’s College London.  We tweets as @wjg22 and can be found online at williamgregory.co.uk.

In 2018, the American Literary Translators Association (ALTA) gave pride of place to theatre...

Translator and theatre scholar Dr. Jozefina Komporaly reflects on a day of exchange between the...

On March 3 and 4 2018, the Arcola Theatre in East London presented Global Queer Plays, a series of...

Despite Spain being a near neighbor, Spanish theatre has enjoyed relatively little exposure in...

Currently performing with the Royal Shakespeare Company, Lucy Phelps is an actor and translator...

There are plenty of theatre translators who start out as actors, directors, playwrights or other...