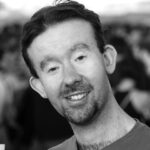 Professor Duncan Wheeler holds the Chair of Spanish Studies at the University of Leeds. A published translator and Fellow of the Spanish Academy of Stage Arts, he is the Hispanic Studies Editor of “Modern Language Review.” His latest book is Following Franco: Spanish Culture and Politics in Transition (Manchester: Manchester University Press, 2000). In addition to his academic publications, Duncan regularly appears in the Spanish and UK media, and writes for such outlets as The Economist, The Guardian, The Times Literary Supplement, The London Review of Books and Prospect. He is currently the Primary Investigator (CI-María Bastianes) on a European-funded project on documenting and promoting the presence of Spanish theatre in the UK.

As theatres reopened after the summer recess, the plays on offer in the Spanish capital were...

The Spanish capital ranks amongst the European cities with the highest mortality rates for...