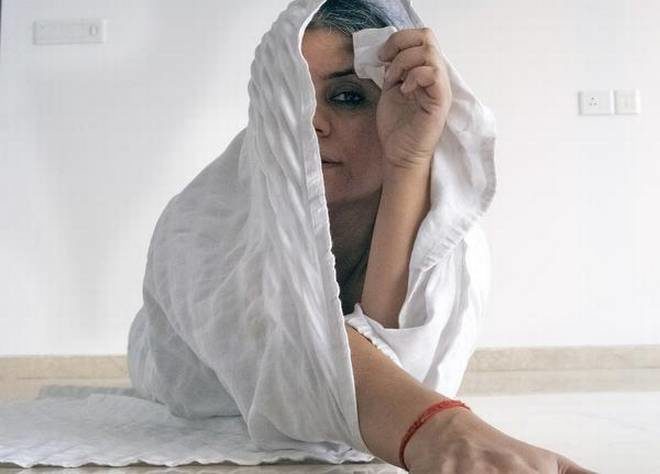 On stage: Performance of "Black Hole"

For some years now, Mumbai-based theatre practitioner Jyoti Dogra has been regaling audiences in alternative venues with the solo work Notes On Chai—a captivating take on the quotidian affairs of ordinary folk that, while mired in light-heartedness, is also touching and profound. This week, she will open the starkly different Black Hole at the Oddbird Theatre, a well-appointed venue ensconced in what was once an old grain mill complex in Delhi’s Chhatarpur area. Astrophysics, art, and philosophy are brought together in this new work that exhibits the signature minimalism of aesthetic that one associates with Dogra’s ten-year-old oeuvre as a theatre-maker. It’s one in which her body takes center stage as the primary site of performance; its memories, perceptions, and impulses leading her to create fresh material out of almost nothing.

Dogra typically begins with a blank slate, often harrowingly drawing from deep within to feed her works.

“This time I wanted to start with something outside of me,” she says. “It could have been a person or a thing.”

Dogra has experimented with garbage bags, a mixer-grinder, assorted items of furniture, before settling for a white bedsheet, which she now likens to a “co-actor.” The sheet occupies both a physical and a metaphorical real, and allows her to move seamlessly from emotion to notion, from atom to star, to the great undefinable void that is life itself. Ultimately personal narratives also emerged, including the fraught relationship between a woman and her terminally ill mother.

“I’ve always been interested in astrophysics, but more than facts and particulars or the mathematical precision of formulae, I am emotionally touched by how all of it is so essentially experiential,” explains Dogra, of the motivations that propelled her headlong into Black Hole.

The mechanics of how we are always falling because the earth is perpetually turning, or that notion that we are all made up of atoms that are millions of years old, hold a metaphysical significance for her far beyond what the brass tacks of science might imply. In her piece, she takes off from theories like quantum entanglement to explore human attraction. Nick Payne’s Constellations, recently staged in Mumbai, is another work that draws its framework from science—the quantum multiverse, in which alternative realities exist simultaneously in parallel worlds—and applies it to a star-crossed relationship.

More than temporality, Dogra is much more taken up by the singularity that exists within a black hole—a point of such boundless density that it is a whole universe in itself.

“Our bodies are the boundaries that limit us, but within it is the desire of oneness with the universe that drives us to demolish those confines,” she elaborates.

In Black Hole, the de facto narrator is in effect Dogra’s alter-ego who spends her time discussing scientific principles with her mother, because the latter is no longer interested in idle chatter.

Loss and mortality are therefore important themes in the work.

Out of the box

Although she’s had a long career as a working actor, it was only in 2008 that Dogra first attempted to chart new territory as an intrepid solo performer, first deriving direction from Jerzy Grotowski’s innovative techniques before developing her own instinctive approach to theatre-making. One of her guiding lights has been the late Polish actress Jolanta Cynkutis. Dogra’s first work, The Doorway, premiered in 2009 at Mumbai’s Gallery Beyond, which was also the venue for the site-specific piece, K°, a collaboration with German video artist Bernd Lutzeler, which opened in 2011. Notes On Chai followed in 2013, with an opening performance at the Maharaja Sayajirao University of Baroda.

In 2016, she directed young actors from Chandigarh in Toye, a devised adaptation of Girish Karnad’s The Fire And The Rain.

These have all been atypical works that are hard to categorize but have found a cultural footing thanks to organizations like the India Foundation for the Arts, which has provided funds for several Dogra projects including Black Hole. In Notes On Chai, Dogra was very interested in the idea of sound and language, which led her to research vocal techniques like Tibetan Buddhist chanting and Western overtone singing. With The Doorway, her focus was the physical presence of the body itself. K° took off from Franz Kafka’s parable Up In The Gallery.

“With Black Hole, I’m using the filter of science to probe deeply personal questions, but also vice versa. The gaze itself changes our perspective,” she says.

This article originally appeared in The Hindu on December 3, 2018, and has been reposted with permission. 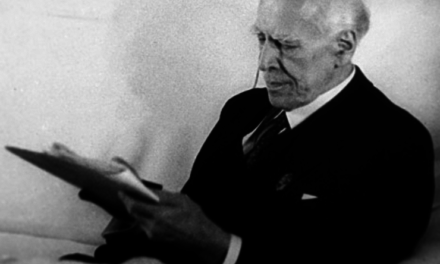