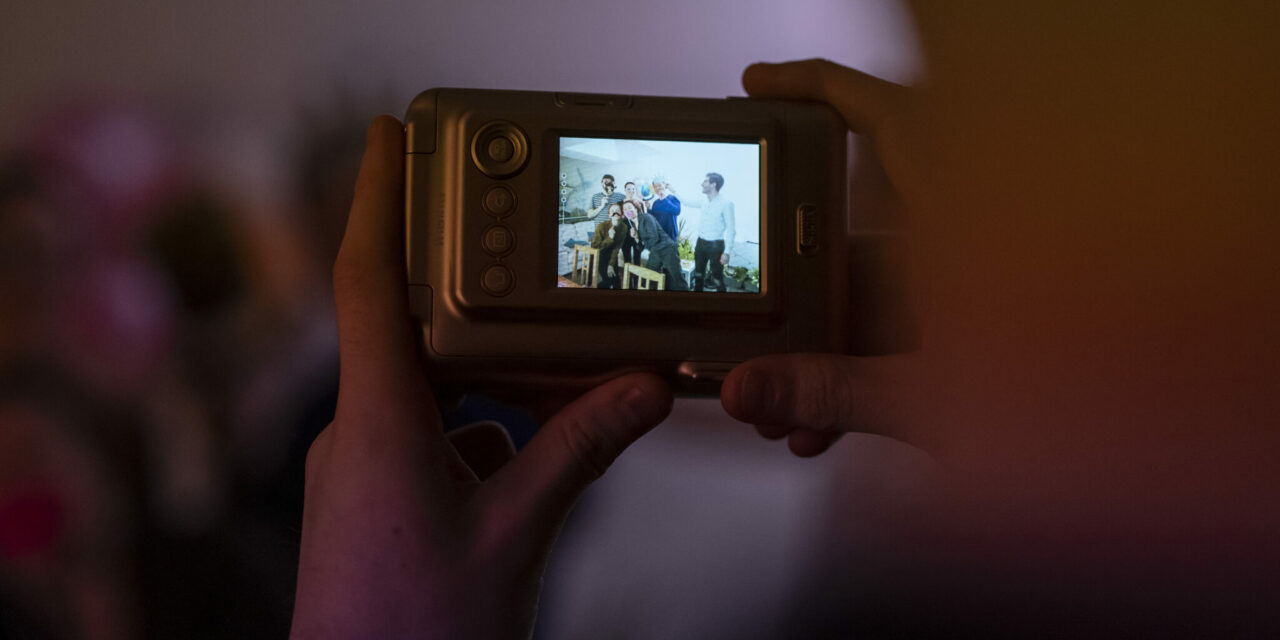 Credit: Any One Thing

I’m crouching along with a group of strangers, waiting for Anna to arrive. I have never met Anna but I know I’m her friend. This is her surprise party. We are at her house, in the dark, expecting the moment she walks through the door and we all yell “Surprise!”

Any One Thing has done it again. One of the hardest things in immersive, interactive shows is creating a sense of belonging in the narrative—in other words, “casting the audience”. But the moment you step through a stranger’s house doorstep in the company’s second show, Souvenir, you know what the rules are immediate. After all, we all know what to expect and how to behave at a birthday party. Margot and Richard, who organize the party, are there to welcome you and make you feel like you belong.

We crouch; Anna arrives; “Surprise!”. You keep your role as Anna’s friend, wishing her happy birthday. And Anna surprises you not only knowing your name but who you are and what you have been up to recently. That is Any One Thing’s touch: they know who their audiences are because of what we constantly project online. But this provocation is more than just a party trick, it is at the core of Souvenir’s (and the company’s) premise.

Like in their first show, Recollection, Any One Thing questions the role of technology in our private lives. While “immersive”, “exclusive”, and “secret location” have become buzzwords for entertainment experiences around London, Any One Thing delivers ambitious productions that manage to question our experience of identity and privacy in a digital age (to the point in which the company has stopped using the word “immersive” to have people focus on the experience instead of the hype medium). Their stories tend to be unsettling and complex, but immensely provocative and engaging. In Souvenir, Anna knowing all about us is just the tip of a very deep iceberg.

All throughout the party, an uneasy feeling that something is not quite right descends into dystopia. The script, written by playwright Tristan Bernays, successfully creates a natural verisimilitude that cracks and lets us peer into a darker reality. The story behind this birthday party is complex and filled with questions of moral and personal weight (but also some loose ends that I wished had been addressed).

Richard toasts for Anna and gives her a present: a dress. We, the guests, clap, and cheer. But something is amiss. Then, as the conflict arises, we become silent, exchange looks, merge with the wall.

That was probably a disappointing aspect of the production: at a very clear point, we became spectators. The fiction of being guests at a party and friends of Anna dissolved as we became voyeurs of the events. None one dared move or intervene because we were not really friends of Anna (maybe we were not even really there), and the rules of our participation, which has been so clear before, now did not seem to allow for us to interrupt the scene. In those moments of agency ambiguity, we resort to the role we know well: we watch.

It became a traditional theatre, but site-specific and at a very close distance. As such, it was a drama of excellent quality. The detailed acting and direction changed the weight of the air in the room and made a profound impact on the audience. Souvenir is innovative, provocative, and impactful. However, especially considering how thrillingly flexible the participants’ agency was in Recollection, it seemed a bit of a loss that in Souvenir we somehow lost our role as guests and consequently our participatory agency. 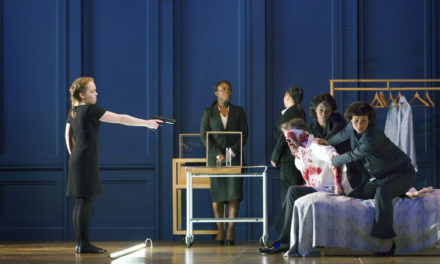