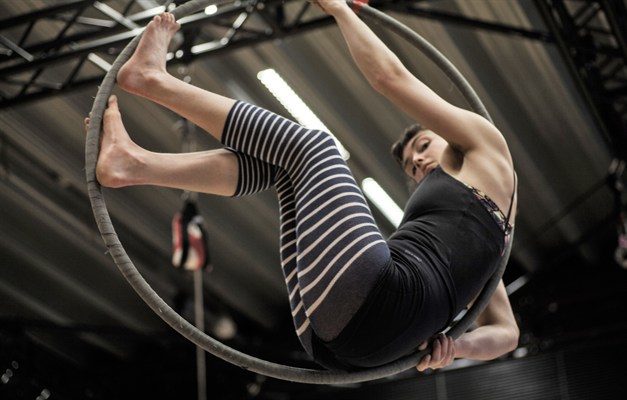 On International Women’s Day 2018 and in the year of Circus250, Poppy Burton-Morgan blogs for UK Theatre on the rise of British, female-led circus companies in an artform that has been “historically problematically male.”

2018 marks the 250-year anniversary of Philip Astley’s circus ring so it’s a circus filled year across the UK. Circus has always been a relatively safe space for marginalized groups and, for women in particular, it offered a freedom from the restrictions of dress and behavior that must have at the time felt revolutionary. Somewhere along the line–possibly with the rise of the media in the twentieth century and concomitant objectification/sexualization of women’s bodies–our cultural reference points for women in circus have become a little less empowering and a little more problematic (sexy, bendy girls in little shorts).

But with the abundance of circus popping up across the country as part of Circus250 comes a wave of female-led circus companies and work putting the female body center stage in all its power and glory. My own company Metta are premiering and touring our circus musical of the Little Mermaid from March–with a predominantly female company, and a feminist, gender-fluid re-imagining of the Hans Christian Andersen fable. Meanwhile, the female-led acrobatic troupe Mimbre is premiering and touring their all-female Exploded Circus in May, and Vicki Amedume’s Upswing Aerial Circus company continue to tour their Ramshackle House. As Vicki says,

“Circus has always been an industry that has thrived on female talent, but as with many industries the bigger the organizations grow the more female leadership seems to fall by the wayside. I am proud to stand amongst generations of amazing women in my art-form who have pushed to reach a point where some real change might happen.”

Not only are we three female leaders in the circus working to change the patterns of representation but we are also changing the audiences. Theatres and funders are rightly concerned with the development of new audiences and circus has always been and remains a hugely accessible artform. It is still frequently non-verbal and has strong roots in outdoor and street theatre. Both Mimbre and Metta Theatre have been recipients of the Arts Council’s Strategic Touring Fund to develop new audiences within the midscale theatre circuit for circus work. Mimbre also is working to translate twenty years’ worth of loyal fans for their free outdoor work into a paying audience indoors. With the Exploded Circus, they look set to achieve that, which will have a profound impact on the make-up of the audiences in the touring venues they visit. Likewise, Metta’s circus Jungle Book toured the UK in 2016 and again in 2017 and in some venues reached 64% new audiences.

All three of these female-led companies are leading the way specifically with the narrative circus where their (predominantly female) casts are not merely performing spectacular and virtuosic physical feats but doing so whilst playing multifaceted characters with emotional arcs. It’s no surprise then that they are working increasingly within the theatre sector (as opposed to festivals and outdoor circuits) where the trend continues for “headline” shows to feature 6 male performers and one woman (generally an aerialist doing a bit of “sexy” aerial hoop). A strand of both Metta and Upswing’s work also caters to family audiences alongside their adult ones, and it feels a particularly powerful time to be providing younger audiences, both female and male, with role models of strong and active women.

Not only are these companies’ leaders flying high, they are inspiring thousands of young people to discover their own strength and reach for the skies.

Poppy Burton-Morgan, is a freelance theatre and opera director and Artistic Director of Metta Theatre—a midscale touring company. Poppy also works as a professional fundraiser both commercially and on a pro bono basis for emerging artists underrepresented in our sector.

This article originally appeared in UK Theatre on March 8, 2018, and has been reposted with permission.  You can read the original article here. 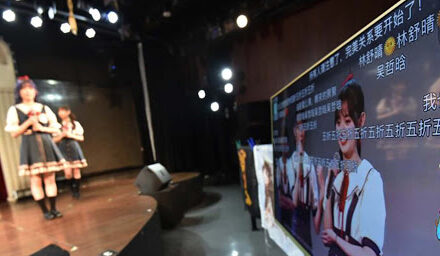 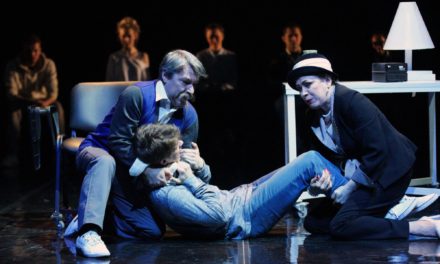