The Amateur’s Age Of Unriddling: “Finnegans Wake” On Stage 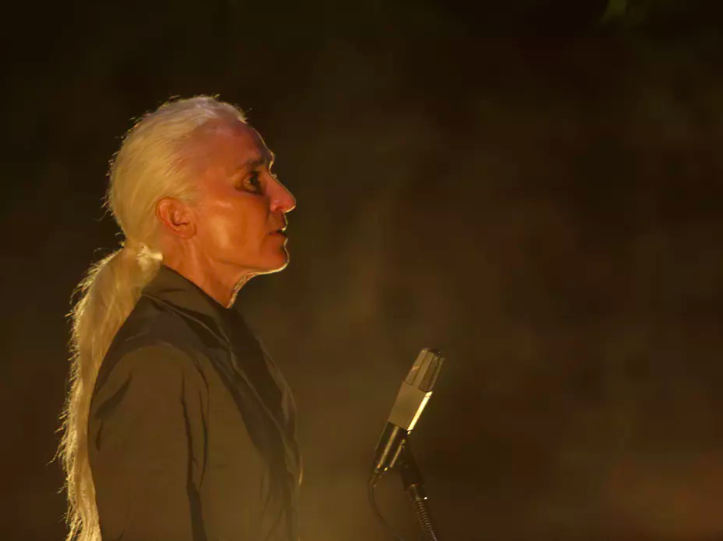 Seventy-five years after publication, James Joyce’s Finnegans Wake may finally be starting to make sense. Although unreadable for most, Joyce’s final work is extremely listenable. And this partly explains the extraordinary success of riverrun, Olwen Fouéré’s theatrical version of extracts from Finnegans Wake, which opens this week at the Sydney Theatre Company after its Australian premiere at the Adelaide Festival.

French-born, Irish-raised Fouéré had the idea for the show while in Sydney in 2011.

On being invited to participate in Bloomsday, June 16, the date on which Joyce’s works are celebrated all over the world, Fouéré volunteered to read from Finnegans Wake. “I could feel this higher frequency all through the room,” she told ABC Radio National, “and I thought, this is my next piece – the voice of the river in Finnegans Wake.”

The title of her show is taken from the first word in the book. “riverrun” is in lower-case because the book begins and ends mid-sentence, the last word leading back to the beginning. Finnegan also suggests circular beginnings and endings – Finn: end, egan: again – as well being a reference to the children’s song Michael Finnegan, about a man whose whiskers grew on his chin until the wind blew them in again, a typically playful and surreal image for this supremely playful text.

Joyce studies has often been seen as belonging to a handful of eccentric academics but the truth is that many respected “scholars” of Joyce are actually “amateurs”, in the best sense of the word. Fritz Senn, director of the Zurich James Joyce Foundation, was a university drop-out. At 86, he is the godfather of international Joyce studies.

American Adaline Glasheen, author of three editions of A Census of Finnegans Wake – a work attempting the hugely difficult task of identifying all the shifting characters in the Wake – described her occupation on the actual US census as “housewife”.

We can now add to that a new generation of net-savvy Joyce aficionados – with no connections to higher education institutions – who are bringing the Wake to new audiences, a wonderful example of what Glasheen describes as “the amateur’s age of unriddling”.

Adam Harvey, of New Mexico, otherwise known as Joyce Geek, provides previews of his stage show, “Don’t Panic: it’s only Finnegans Wake” as well as mini online-tutorials on how to pronounce the 100-letter “thunderwords” that appear regularly throughout the text.

Rafael Slepon of Israel has created an easy to use online glossary that he describes as the Finnegans Wake Extensible Elucidation Treasury with more than 83,000 elucidations. And if you don’t feel like going it alone, there are 33 Finnegans Wake reading groups worldwide, including three in Australia – Sydney, Adelaide, and Brisbane.

As well as being the initial inspiration for the production of riverrun, Australia has also produced one of the most important Wakean scholars: Clive Hart, originally from Western Australia and now retired from the University of Essex.

With Fritz Senn, Hart produced “A Wake Newslitter”, the first regular newsletter dedicated to Wake studies, originally mimeographed and distributed to the world by post from the University of Sydney. “We would stress that the aim of this Newslitter is to provide a vehicle for the rapid dissemination of knowledge among Joyceans,” the two editors wrote in the first edition of 1962.

“A Wake Newslitter” was groundbreaking in its non-mainstream, amateur style. “If it had been done in the 1990s or 2000s it would be the academic equivalent of the zine,” says UQ Joyce scholar Tony Thwaites. “It was one of the first major efflorescences of that inseparability of fan culture and scholarship that is so characteristic of Joyce studies.”

riverrun is currently listed under the Best of What’s On in the Qantas Inflight magazine, not a journal I would normally be searching for Joycean references. Perhaps this means that this masterful work, which drew on so much of the popular culture of Joyce’s era, has finally penetrated the popular culture of our own.

And maybe, as in a lecture given to the Royal Institute of Philosophy in London last year, the Wake is indeed “a masterwork for contemporary globalizing cultures”. If you’re still doubtful, go to page 231. There you will find the word “googling” long before Google was invented.

This post originally appeared on The Conversation on March 9, 2015, and has been reposted with permission. 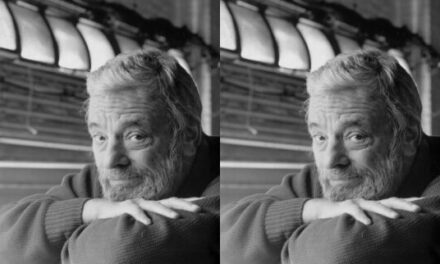