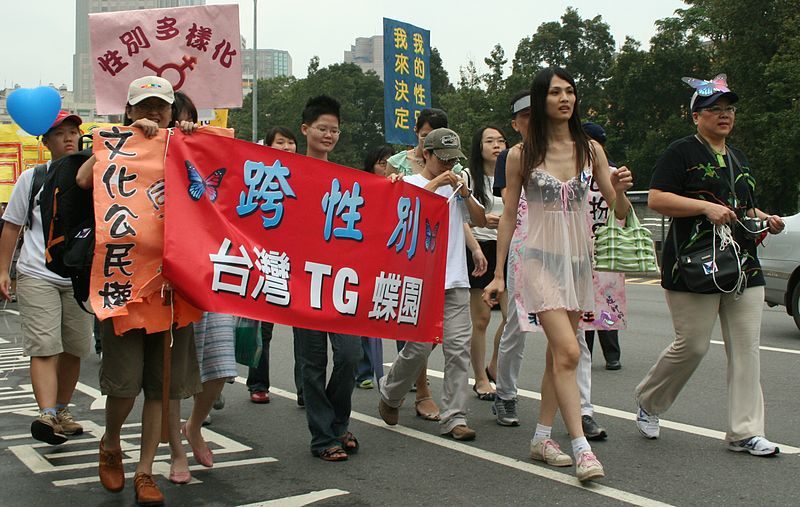 Taiwan is currently celebrating vibrant queer scenes (one of the biggest Pride in Asia) and a relatively tolerant social atmosphere towards gay and lesbian communities (bisexual and transgender people are still largely repressed by conservatism and gender-appropriate norms, unfortunately). Taiwan has been “traumatized” by many events in its recent history: multiple colonizations (1624–62: Netherlands and Spain; 1895–1945: Japan); the retreat of the Kuomintang (KMT or Nationalist Party) after losing the Chinese Civil War against the communists; the international crisis of identity triggered by its failed bid to rejoin the United Nations; the intricate Cross-Strait relationship with China (increasingly complicated since the election, this year, of Tsai Ing-wen as first female president—her party, the DDP [Democratic Progressive Party], has a more antagonistic attitude towards the One-China Policy); and the domestic political upheavals that result from many of these factors and others.

Taiwanese’s identification has been inherently problematic and lacerated, and raises many questions that have become inseparable from the main concerns of Taiwanese theater artists: Who are we? What constitutes authentic “Taiwaneseness”? After the abolishment of Martial Law, experimental theater, like a time bomb hibernating under the oppressed social atmosphere, suddenly exploded and blossomed all over the island. “The multiple histories of colonization, the complex domestic political situation, and the current Cross-Strait Relationship inform Taiwan’s current status as a postcolonial and melancholic island,” as Fan-Ting Cheng points out.

Stan Lai (Lai Sheng-Chuan) plays a vital role in the theater evolution in Taiwan. He pioneered “group improvisation” in his work and created dynamic, fluid performative text, always in collaboration with miscellaneous elements, defying genre (for example, the second revision of Secret Love in Peach Blossom Land in 2006 involved a famous Taiwanese opera company, Ming Hwa Yuan). In his most acclaimed and internationally known play, Secret Love in Peach Blossom Land (暗戀桃花源), he is not afraid to touch upon the sensitive Cross-Strait relationship and to use his distinctive aesthetic to reconstruct a dramatic territory which possesses multilayered cultural, historical, and political implications and imagery. By juxtaposing two stories, “Secret Love” and “Peach Blossom Land,” Lai inserts a contemporary meaning into the classic narrative of The Peach Blossom Spring, by Tao Yuanming, a poet in the Jin Dynasty. He depicted a self-sufficient, idealized utopia free from war, oppression, and suffering. For Taiwanese, what was/is the idealized utopia? Is Taiwan an imaginarily constructed island haunted by its inherent identity crisis? Lai implies Taiwan’s nostalgic, ambivalent desire towards mainland China. 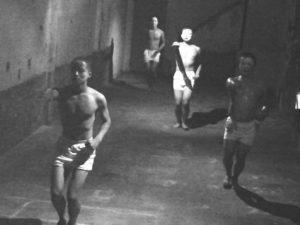 The blossoming of the queer theater almost paralleled Lai and other dramatists’ experimental dynamics. Pai HsienYung’s Crystal Boys (孽子) (1983) was an epoch-making novel that influenced the queer literature and theater that followed. In the post–Martial Law period, due to Taiwan’s democratic system, it’s not hyperbole to say that contemporary Asian queer theater originates on this small island. Echoing our fragmentary, “queer” identification, gender and sexuality have become popular themes in theater and film since 1990. Influenced by Western queer theory, artists have begun to interrogate the sexist norms of Confucian tradition and patriarchal heteronormativity rooted in Chinese morality. Artists and activists try to challenge this fixed, monolithic hegemony and tear down the boundaries, constructing a new way to read Taiwan’s hybrid, heterogeneous identification.

Tian ChiYuan’s MaoShi (毛屍) (1988) was considered the first queer theater in Taiwan. By asking “Is Confucius homosexual?” Tian criticized how the ruling government (KMT) buried all the queer discourses throughout Chinese history and misinterpreted Confucian philosophy to maintain the social order. Tian, dying of AIDS, was fighting against homophobia and the stigma of the disease during a conservative time when homosexuality was still an unspeakable taboo. His work was rebellious and shocking at that time, striving to break sociopolitical oppression and interrogate heteronormativity.

In his Whitewater (1993), he adapted the famous Chinese story Legend of the White Snake (白蛇傳) into a play featuring four male actors. The adaptation combined modern prose and Chinese opera verse, creating an idiosyncratic mixture of rich aesthetic and musicality, and unapologetically exploring homoerotic love, which was almost unprecedented on the stage at the time.

In 2004, eight years after Tian’s death, his long-term collaborator, Jhan Huei-Ling, produced a documentary piece, “Death and Dance with AIDS,” to memorialize Tien’s last years in the rehearsal room. She reenacted the history infused with personal memory and feelings as a witness, narrator, and performer. Inviting audiences to experience the last days she accompanied Tien, she vividly retells Tien’s journey of dealing with death, disease, stigma, and art and his search for transcendence and emancipation.

Whitewater became the symbol of queer trauma in the ’90s and has been adapted by many artists since then. The Tainaner Ensemble produced a notable adaptation in 2006, featuring a multilayered remix of electronic music and Greek chorus, megaphoning the original text’s rich linguistic musicality. 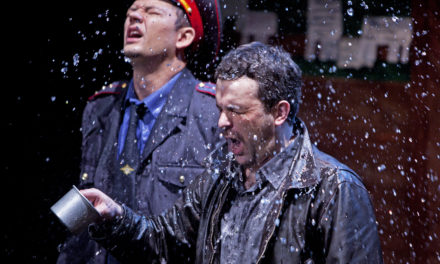 The New Play Dramaturgy in Russia 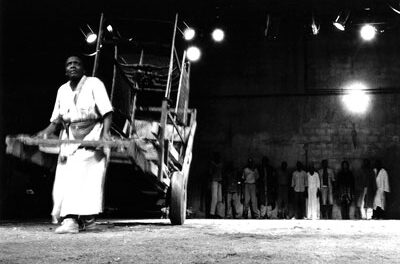