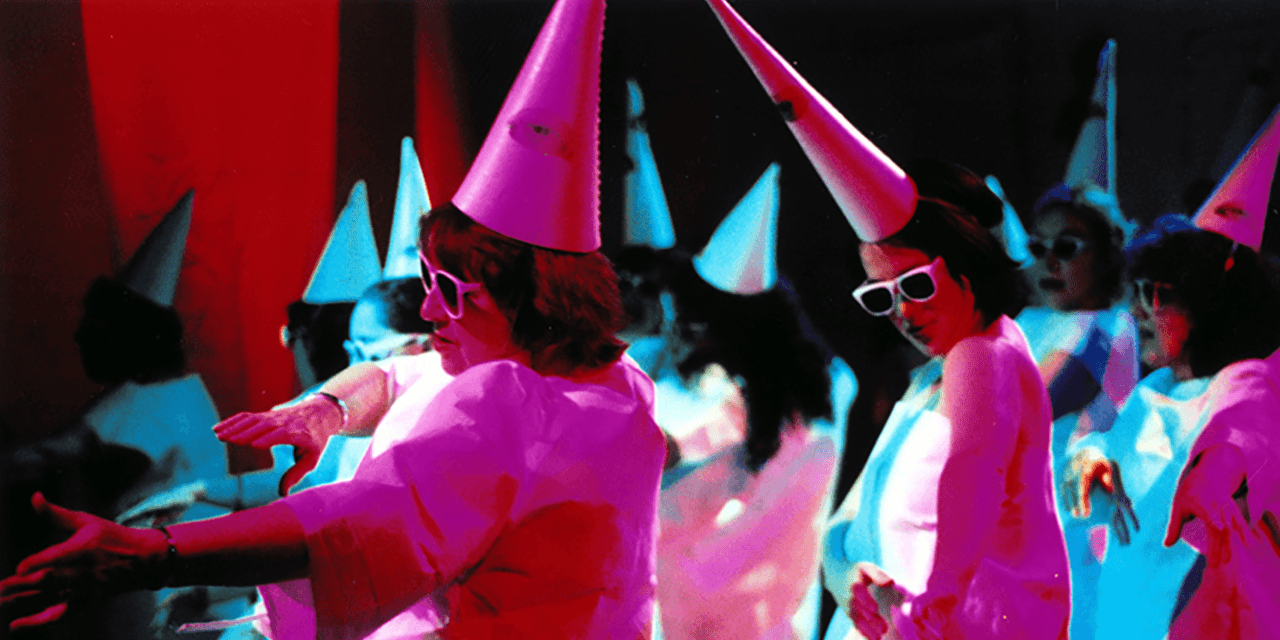 When Betty Burstall returned to Australia in 1967 after two years in New York with her husband, the artist Tim Burstall, she missed the little places where you “paid 50 cents for a cup of coffee and you saw a performance.” After talking to a few local actors, directors and writers, she signed a lease on a former (some say shirt, others say underwear) factory at 205 Faraday Street in Carlton, Melbourne. It was a two-storey brick building 28 feet wide and 30 feet long, with a garden in front. 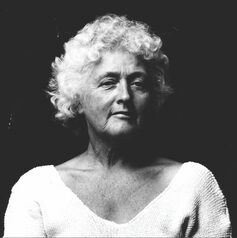 It remains the same today, although the car park is a paved square facing onto the street. The venue Burstall founded, La Mama (named after its New York prototype), would go on to become a vital centre of creativity. It provided space and time, and a share of the door, for theatre artists, avant-garde filmmakers, poets, musicians, from big names to small, to make new work.

In 1967, Carlton was, in Burstall’s words, “a lively, tatty area with an Italian atmosphere and plenty of students.” Back then, the rent was $28 a week (about $340 today), which seemed an uncomfortable amount for a not-for-profit and unsubsidized theatre collective.

Fortunately, La Mama paid its rent on time and quickly became the Melbourne branch of the alternative theatre movement gathering momentum in the United Kingdom, Europe, the Americas, Canada and Japan, as well as Australia and New Zealand. In its early years, La Mama was the kind of venue where almost every production was a world premiere.

The preference was for short plays, often presented as a triple bill, with participants writing for one, directing another and acting in the third, while working front and back o the house, operating lights, making coffee and so on. This flexibility reflected the anti-hierarchical community values that underpinned La Mama.

The preference for short plays was initially a rejection of the conventional three-act drama, but it was also a smart way of encouraging new work. The lack of money, lights, and sets marked its theatre as different from and a welcome alternative to the longstanding cultural dominance of commercial theatre in Australia. It led to a new critical language that admired rough but energetic theatre and, as it took shape, it struggled against the blokey Anglo-Celtic culture that surrounded it. 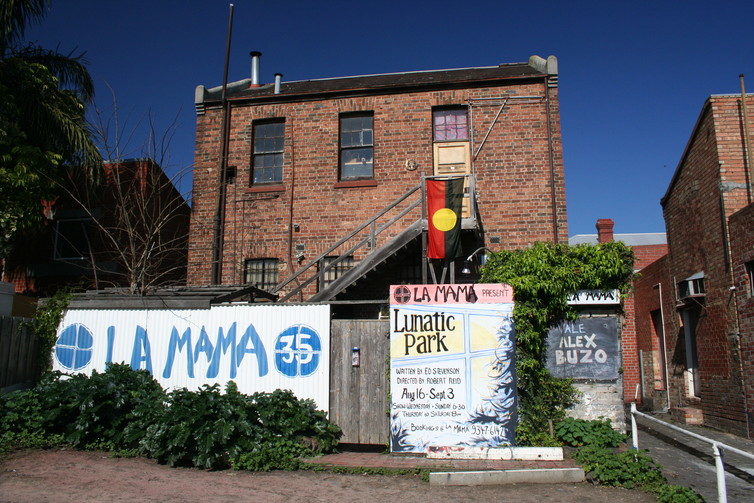 The New Wave of Australian drama, which saw a new generation of writers, directors and performers overturn a moribund imported theatre culture and make exciting new theatre about Australian people, places, and politics, reached a high point in Melbourne around the La Mama playwrights Jack Hibberd, John Romeril and David Williamson. Hibberd had seven world premieres in La Mama’s first two years. He was joined by Romeril in 1968 and Williamson in 1970.

New plays by Sydney-based Alex Buzo and works from the alternative theatres of the northern hemisphere made their way to Melbourne audiences via La Mama. As a backlash against the radicalism of the 1960s took hold, new theatre works by Peter Handke and Sam Shepard later in the decade were less exuberant and more reflective of the violent underpinnings of modern capitalist societies. 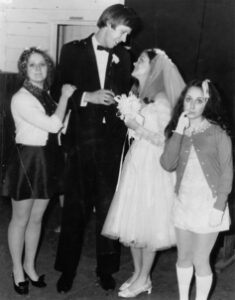 Dimboola, Jack Hibberd’s 1968 play in which the audience becomes the guests at a wedding. La Mama

Performance art, music, poetry, and film were also established in the early years at La Mama and continue today.The other side of the La Mama story is the emergence of devised performance, which began not with a written dramatic text but with a series of workshops around themes, concepts or techniques to do with the use of voice or the body. The Antimacassar Show in September 1974 was designed and performed by a 12-person ensemble with neither a designated writer nor a director. By 1976, James McCaughey was making devised work with performers.

Despite women’s participation in ensemble work and as performers, by 1974 the lack of progression for women writers and directors was recognized with the three-year appointment of Valerie Kirwan as La Mama’s first playwright in residence. Kirwan produced a stunning series of plays including: Hamjamb and the Gigolo (1975), Stringray Play (1978), The Art of Lobster Whistling (1979) and Facile (1980).

Reflecting on Kirwan’s output, Melbourne artist and scholar Meredith Rogers refers to her as the Diva of Melbourne Surrealism:

Kirwan’s insouciant surrealism, her freewheeling, apparently improvisatory writing style and the drama and beauty of the theatrical image-making she managed in the tiny confines of La Mama had an impact on a generation of Melbourne theatre-makers far greater than her place in the historical and critical literature of the period would suggest, but at least her plays were produced, some of them even more than once.

Kirwan’s highly imaginative writing and directing influenced other women to step up and write and direct their own work. She had a formative effect on Melbourne writer, director, and teacher Jenny Kemp.

Kemp was impressed by two aspects of Kirwan’s work: that a woman could write and direct her own work and that this work could express imaginary worlds that came from within a woman’s rich interior life. Kemp’s first play, The Point Isn’t To Tell You, was an experimental short piece co-written with and performed by Robert Meldrum and staged at La Mama in 1979. She went on to become one of Australia’s most visually imaginative playwrights with collaborative ensemble productions that include Call of the Wild (1989), The Black Sequin Dress (1996), Still Angela (2002), Kitten (2008) and Madeleine (2010), taking the stream of feminist radicalism in theatre into the 21st century. 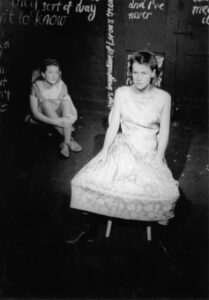 Other influences from the first decade flowed onto Anthill Theatre in Napier Street, South Melbourne (also known as the Australian Nouveau Theatre), which presented its first show at La Mama in a 1981 double bill. This was the world premiere of Melbourne teacher and theatre maker Richard Murphet’s Quick Death to Infinity and Antonin Artaud’s To Have Done with the Judgement of God, directed by Jean Pierre Mignon.

Thirty-five years later Murphet restaged the work at La Mama with a new generation of actors. Hibberd, Romeril and Williamson have also returned in recent years.

Spectators still marvel at how versatile the 28-feet-wide and 30-feet-long space can be. While remaining adaptable and with increasing diversity, La Mama’s founding principles are the glue that binds members of Australia’s theatre culture.

This article was updated on July 10 to correct the name of Betty Burstall’s husband.

Denise Varney, Professor of Theatre Studies and co-director of the Australian Centre in the School of Culture and Communication, University of Melbourne 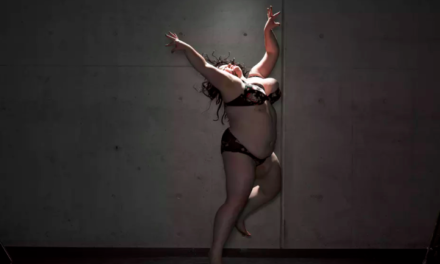 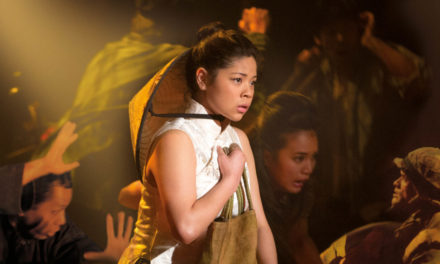 #Not Pho Your Entertainment