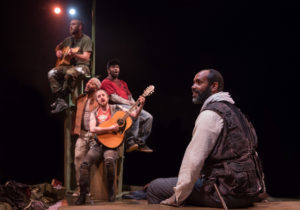 Multiple Jeff Award-winning actors Deanna Dunagan and Mike Nussbaum did the honor of announcing the nominees for the 2015-2016 Equity Jeff Awards. A video of the presentation is available at www.JeffAwards.org.

Paramount Theatre led all theatres with 14 nominations, all for musicals in the Large Theatre category.  West Side Story received seven, Oklahoma! four, Hairspray two, and A Christmas Story, the Musical one. Chicago Shakespeare Theater, Goodman Theatre, and Porchlight Music Theatre each had 12 nominations. Chicago Shakespeare’s nominated productions included five for The Tempest, four for Ride the Cyclone, two for The Heir Apparent, and one for Othello. Goodman’s nominations included five each for 2666 and War Paint, and one each for The Matchmaker and The Sign in Sidney Brustein’s Window. Porchlight, a mid-sized theatre, garnered six for Dreamgirls, four for Sideshow, and two for Far from Heaven.

For the coveted Ensemble category, the Jeff Awards Committee nominated six productions: Goodman’s 2666, a five-and-a-half hour sprawling adaptation of Robert Bolaño’s epic novel, with 15 actors playing 80 roles; Charm at Northlight Theatre, the true story of a transgender woman teaching etiquette to LGBTQ youth in Chicago; Writers Theatre’s Death of a Streetcar Named Virginia Woolf: A Parody, a mash-up of Who’s Afraid of Virginia Woolf, Our Town, A Streetcar named Desire, and Death of a Salesman; Chicago Shakespeare’s Ride the Cyclone, a quirky musical docudrama that explicates teen deaths at an amusement park; Timeline Theatre’s Spill, about the BP Deepwater Horizon 2010 oil spill; and The House Theatre of Chicago’s United Flight 232, a heart-pounding reflection by survivors of an airplane crash. Actors’ Equity Association supports the Equity Jeff Awards by sponsoring the Ensemble Award.

New Work and New Adaptation nominations recognized plays and musicals that had their world premieres in Chicago. Two New Work nominations went to Phillip Dawkins, one for Northlight’s Charm and the other for Le Switch at About Face Theatre, about a commitment-phobic gay man contemplating marriage.  Other nominees are Rohina Malik’s Yasmina’s Necklace at 16th Street Theater, a story about immigrant assimilation confronting older refugees; Brian Quijada’s multi-platform autobiography Where Did We Sit on the Bus? at Teatro Vista in association with the Chicago Department of Cultural Affairs and Special Events and Victory Gardens Theater; John Reeger, Julie Shannon and Michael Mahler’s musical The Man Who Murdered Sherlock Holmes at Mercury Theater Chicago, a tale of mystery that ensues when Sir Arthur Conan Doyle kills off his famous detective; and Vanessa Stalling’s United Flight 232 at The House Theatre of Chicago.  New Adaptation nominations went to Robert Falls and Seth Bockley for 2666 at Goodman Theatre; Aaron Thielen and Michael Mahler for October Sky at Marriott Theatre, a musical adaptation of the movie set in the era of dreams of space exploration inspired by Sputnik; Frank Galati’s East of Eden at Steppenwolf Theatre Company, adapted from the Steinbeck allegorical novel of the Cain and Abel story; and Mary Zimmerman for Treasure Island at Lookingglass Theatre Company and Berkeley Repertory Theatre, an adaptation of Robert Louis Stevenson’s pirate adventure.

During the 2015-16 season, Jeff Awards Committee judges attended opening nights of 158 Equity productions offered by 58 producing organizations, and from these openings, 112 productions were “JeffRecommended” and eligible for award nominations.

Performances featuring cast members from nominated musicals and revues and video segments from nominated plays will highlight the October 17 ceremony.  Pre-show appetizers and cash bar will be offered from 6 to 7:30 p.m., followed by the awards ceremony, directed by Michael Weber, and a lavish buffet reception immediately thereafter.

Advance purchase tickets, which include the ceremony and pre- and post-show parties, are $75 ($55 for members of Actors’ Equity Association, United Scenic Artists, Stage Directors and Choreographers Society, Stage Managers’ Association, The Dramatists Guild of America, and American Federation of Musicians). The evening is black tie optional and the public is invited to attend. To purchase tickets, visit the Jeff Awardswebsite at www.jeffawards.org. For more information, contact Jeff Awards Equity Ceremony Producer Merril Prager at producer@jeffawards.com

The Jeff Awards has been honoring outstanding theatre artists annually since it was established in 1968. With up to 55 members representing a wide variety of backgrounds in theatre, the Jeff AwardsCommittee is dedicated to celebrating the vitality of Chicago area theatre by recognizing excellence through its recommendations, awards, and honors. The Jeff Awards fosters the artistic growth of area theatres and theatre artists and promotes educational opportunities, audience appreciation, and civic pride in the achievements of the theatre community. Each year, the Jeff Awards Committee evaluates over 250 theatrical productions and holds two awards ceremonies. Originally chartered to recognize only Equity productions, theJeff Awards Non-Equity Wing was established in 1973 to celebrate outstanding achievement in non-union theatre. 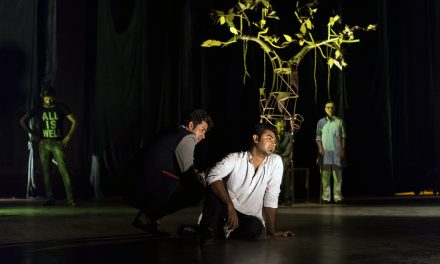