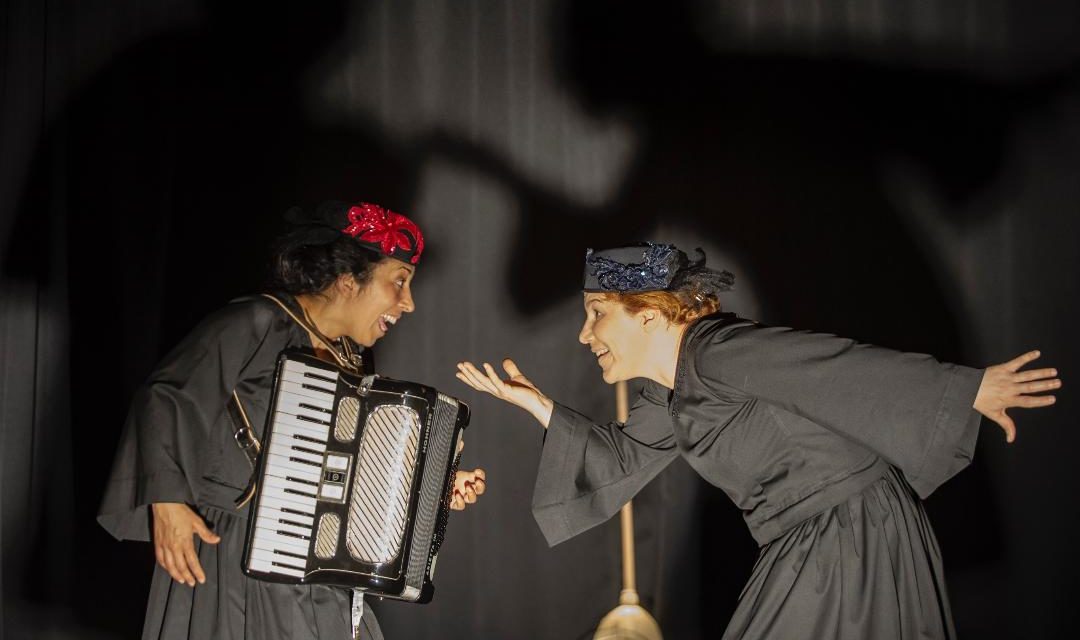 Mari and Nivart are rehearsing their dream play

Women stories of all kinds are being told everywhere and Istanbul has her own share. Since most stories include heartbreaking events, cruel antagonists, mean and biased system in which protagonists are victimized, one can sympathize but not get impressed aesthetically by those stories. Furthermore, those victimized women stories, in my opinion, might be serving to normalize the violence against women and help the vulnerable, weak stereotype strengthen.  However, “herstories” stand out by reminding the audience about the power of solidarity and hope and encouraging them to resist suppression. Furthermore, they invite the audience to have a liberating/ed perspective and rethink history and do that in a solemn manner despite the heavy drama. Two stories dealing with the concepts of “other,” “minority” and being a woman dating back the establishment of the new republic have cherished the stages in 2017-18 season. Having metatheatre elements, both plays are demanding basic knowledge of theatre history from the audience.

Coming to terms with the past and connecting with the present are the main issues dealt with in the two plays staged in İstanbul. Both being collective works by women, Zabel and Unutulan (Forgotten) are about emancipation through art; former one about an Armenian, feminist, socialist writer Zabel Yesayan (produced by BGST and written by Duygu Dalyanoğlu and Aysel Yıldırım) and the latter (written by Elif Ongan Tekçe, played by Elif Ongan Tekçe and Burçak Karaboğa Güney, directed by Senem Öge) about an Armenian actress named Mari Nıvart who is represented on stage by two characters named Mari and Nıvart. Remembering the existence of Armenian women on the cultural life of Istanbul those days is a valuable contribution to the cultural atmosphere of the present when the whole society is polarised with the easiest and superficial differences like race, ethnicity, faith, and so on. Both of the plays also stand for those women whose stories are not told, hidden, or forgotten. 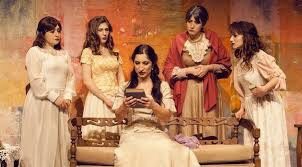 Zabel is among the female family members as a teenager

Zabel Yesayan is brought on stage in the cell she was put in Armenia under the Stalinist rule, where she went with great hopes for building a new and bright future yet she is accused of being an anti-regime traitor. Upon not making herself understood to the female commissar and the authorities, in her memories she goes back to her childhood in Istanbul, the day she was born, female members of her family, years in Anatolia where she tried to save and help Armenian children whose parents were lost during the pogrom and Sorbonne years when she taught literature. Those flashbacks reveal the elements that made her what she became since the very early years: growing up in a female dominated family, having an open-minded father, being raised in quite a liberal fashion shapes her stubborn personality who is in favor of the oppressed, having the strength to make her dreams come true. Mentioning the names of her books serve the aim of writing herstory.

Flashbacks serve to break the linear storyline and the audience is invited to listen to a story of which end they already know and this hints the value of Zabel’s life. Furthermore, one leaves the theatre with curiosity about the writer, thinker, pioneer who dared a lot more than a century ago. Thus, the audience is given the opportunity to combine their present with the character’ past, by coming to terms with their silenced identities and passions.

Empty space filled with small items depending on the period of  time in her life, actresses easily getting into another role with the aid of small props and the carpet hanging at the back of the stage changing colour accordingly with the period of her life all help underline the mood Zabel goes through and makes the phases more perceivable since transitions are quite demanding. Heavy level of oppression, hardships Zabel had to face with, loneliness she has to endure in her prison cell bring quite a heavy shadow on the story which is tempered by grotesque, larger than life acting and solidarity added humor hinting that only humor can help the audience defeat authoritarian, oppressive, and patriarchal discourse.

Unutulan brings the story of an Armenian actress embodied in two actresses who are abandoned in a far away Anatolian town in a hotel as deposit in return for the troup’s debt. Just like the sentence above, the play is designed to merge reality with fiction, the audience faces with the riddle to solve as the characters do on stage. Though there is no actual record on Mari Nıvart’s abandonment in such a hotel, Armenian actresses’ being swept away from İstanbul stages had a devastating influence on their lives. Two actresses we see on stage have to cling on their existence as actresses while their off-stage life is denied forever; kept as captives with no possibility to escape, two women can only escape to their dreams about staging a new play they are going to perform one day. While reading some lines, design the set in their mind, choosing the songs they are going to sing they are always interrupted with a bang on the door signaling the time for cleaning up the hotel or to be raped. The audience can only tell the different tasks from the props they take with them: for cleaning they take the bucket and for fulfilling the desire of the hotel owners they take their apron off. You have to witness these actions repetitively before grasping the meaning of the gestures. Prolonged time and endless repetition of tasks makes the audience feel stuffed and share the devastating experience. You are not allowed to pity the characters on stage but somehow forced to experience their suffering. Their escape to dreams becomes the audience’s escape as well. This small storage place they are imprisoned becomes their sanctuary where they can dream, keep their integrity and be in solidarity and watching them in their “shelter” gives even a bitter taste to the audience.

The richness of the play in symbols and hints is not limited to the characters’ endeavor to stay sane and alive. Their mother tongue denied to them is heard in the lullabies they sing to each other in their future play. It also hints vaguely at the horrible events in 1915 when the surviving children had nobody left to sing them lullabies. Lacking all ticks to be accepted in a nation-state glorifying the idea of oneness these unmarried, childless women speaking another mother tongue and working in theatre which is not the norm by default, have very little chance to be accepted as respectable beings those days. At this very point, the play unites the past with the present when women in this country are facing violence of all kinds and those who are violating their basic human rights are easily walking away with it. The black dresses on two actresses refer to school uniforms once every student had to wear hinting at their mourning as much as their newness to this captivity. The clownish acting underlines their clumsiness and incapability to deal with that level of evil and thus makes them look unreal.

Inspired by a real person and events the play extends the scope of the play to the present by underlining the importance of speaking, dreaming, and solidarity through two female characters whose bodies are bent due to living in a damp and low-ceilinged dark room. After trying to design the dream project several times and losing hope two actresses get disappointed and one encourages the other by saying:

“Our dreams are only a victory in the face of reality.”

This sentence, despite being too direct, gives a glimpse about the present situation of arts and culture in this country. The more we dream the more we can have the chance to survive these days!