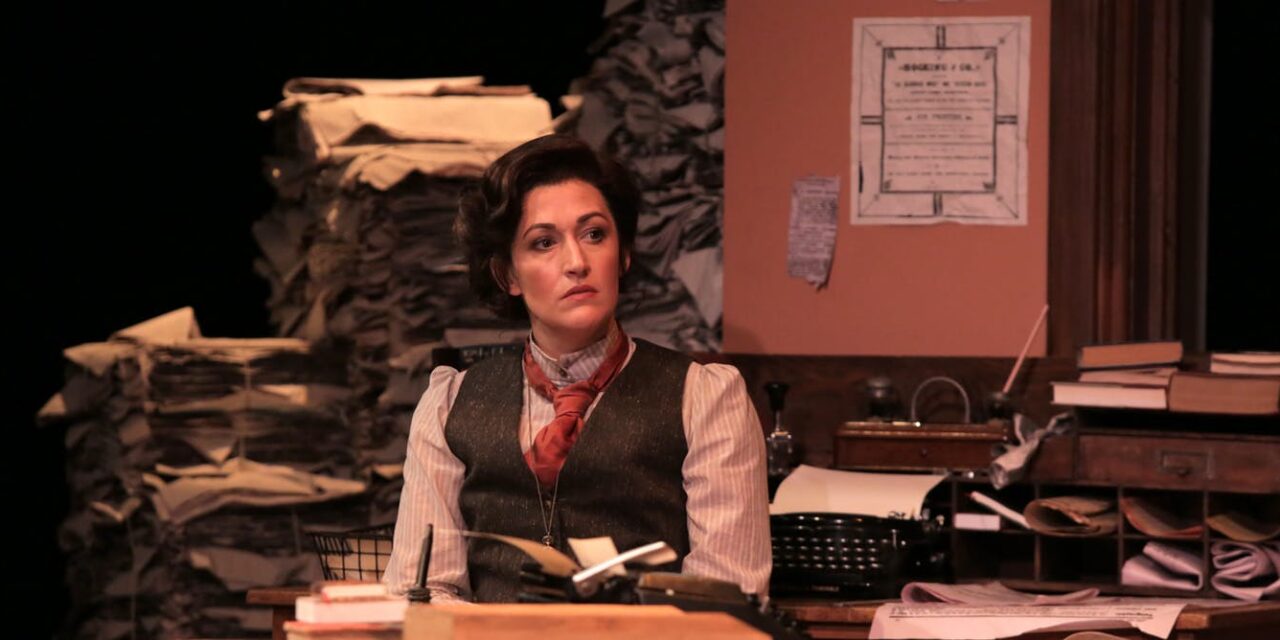 Celia Pacquola as Jenny Milford in "The Torrents." A new production of the forgotten Australian play shows its themes are still relevant today. Photo: Philip Gostelow

Set in a regional Australian newsroom in the 1890s, Oriel Gray’s The Torrents is a play about change. On the surface, it is about one man’s attempt to revitalize a declining gold mining town, but it also looks at the challenges of young journalist Jenny Milford as she tries to be taken seriously in the workforce. Both issues are unfortunately still relevant over 60 years after the play was first produced.

But a contemporary playwright could also be commissioned to address these issues, so why revive a play that was long ago dropped from the Australian theatrical canon?

In 1955, The Torrents was recognized as an important work at the vanguard of Australian-written plays contesting the dominance of British works. It shared the Playwrights Advisory Board Competition prize with Summer of the Seventeenth Doll by Ray Lawler that year.

The latter play is better-known and has been produced countless times, while The Torrents has only received brief recognition. One could speculate that Gray’s youthful commitment to feminism, communism, and anti-fascism may have affected her reception into the more conservative theatre world, even though she drifted away from the overt political alignment in her late twenties.

It is a well-made play and Gray is a consummate writer. The script is wonderfully structured, skillfully playing out two intersecting storylines through complex and engaging characters. And it is very funny in places too, with some excellent one-liners provided by Jenny’s co-workers. Geoff Kelso (Christy), Sam Longley (Jock) and Rob Johnson (Bernie) all put in fine performances as this comic trio.

Celia Pacquola, perhaps best known for her role in the ABC comedy series Rosehaven, shines in the role of J. G. (Jenny) Milford, who applied for a job at the paper without using her first name. Once this “error” is discovered she has to fight to stay employed. 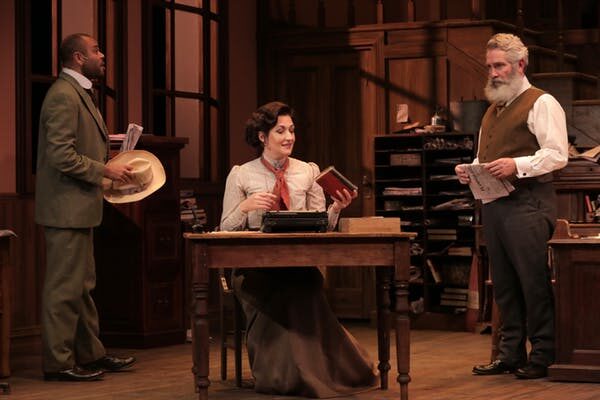 Jenny knows her own mind and handles the foibles of men very well, although she finds this frustrating. She also has a clever way of flipping our perspective. Jenny declares on her entrance that she “always uses her initials because she does not wish to take any advantage from being a woman”.

While the play’s humor may reflect the quick-witted dialogue, precise stage directions and political undercurrents of George Bernard Shaw, who Gray admired, it is very Australian. References to morning drinking in the pub, and the view held by the entrepreneur-turned-newspaper proprietor, John Manson (Steve Rodgers) that mining is the only way to get rich, are both familiar.

At its center, this play is about the reconciliation between a father and son, Rufus and Ben Torrent. Rufus (Tony Cogin), who owns the paper, does not respect his son and heir, the hard-drinking philanderer, Ben (Gareth Davies). Even though Ben is engaged to Gwynne (Emily Rose Brennan), he does not love her, and the marriage is destined for failure. 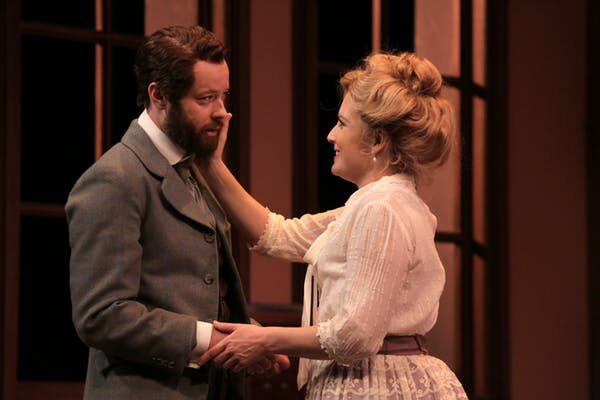 This makes the role of Jenny an interesting one. She acts more like a catalyst for these characters to change. She inspires the spoilt gadabout Ben to take himself more seriously and stand up to his father. She forces Rufus to advocate for a plan he knows the town needs to survive but is too timid to champion. And she shows the passive Gwynne that she too can be a “new woman” and have agency in her life.

But Jenny herself is not changed by the end of the play. She arrives as an independent woman and at the end of the play she still is one. She is more like Mary Poppins, or even Puck, although her only magical skills are in leading by example.

Directed by Black Swan’s Clare Watson, this production’s nine performers work well as an ensemble with delightful moments of clowning and comic timing. All the action happens in the wooden paneled newsroom, allowing for smooth scene transitions and good pacing (set design by Renée Mulder). Joe Paradise Lui’s sound design adds to this with music that blends past and present, and the two-level set is perfectly lit by Lucy Birkinshaw, with subtle changes in tone to support the mood.

The Torrents presents an Australia that seems eerily similar to today. The character John Manson holds familiar attitudes to mining and exploitation of the land. He even says, “Australia’s a big country and it’s yours for the taking.” The play also deals with freedom of the press and the position of women in the workplace, two issues that still remain critical.

The play also makes us think about issues we are now more conscious of in Australia. Local engineer, Kingsley, played sensitively by Luke Carroll, plans to revitalize the town by building an irrigation pipe to grow fruit such as apples and melons. However, casting an Indigenous actor in this role complicates this European notion of land use, and contemporary questions of land rights and sustainability are highlighted by their absence. 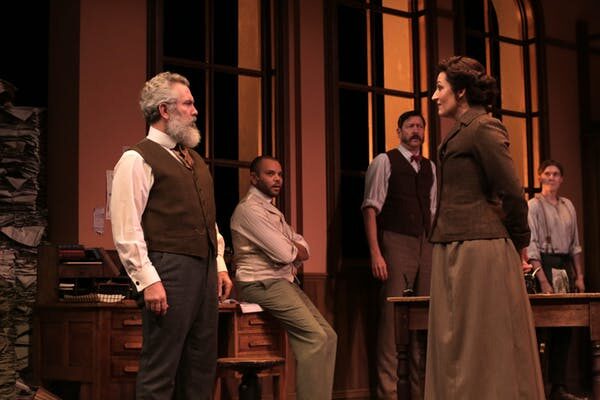 If the aim of this production is to rehabilitate a long-forgotten play, then it has succeeded. However, it is presented here as a play of its time, recreated very closely to what may have been its original staging, rather than as a modern take on a classic work.

Because of this play’s relative obscurity, presenting as it was written seems more appropriate. This gives the play time to find its place in the canon, and test if it deserves to be there.

Gray died in 2003 aged 83 and was acclaimed as a “playwright of ideas”. The author of numerous plays, including some for radio, Gray also worked on several TV dramas, and she published a novel and her memoirs. This production is an important step towards recognizing the contribution she made to Australian performance writing.

Whilst this production may not be shaking up theatrical conventions, it is a solid, immaculately performed and very funny presentation of a forgotten classic by an important female Australian playwright. And it still has something to say to us today.

The Torrents will be playing at Sydney Opera House from July 18 – August 24.

This article originally appeared in The Conversation on June 21, 2019, and has been reposted with permission.