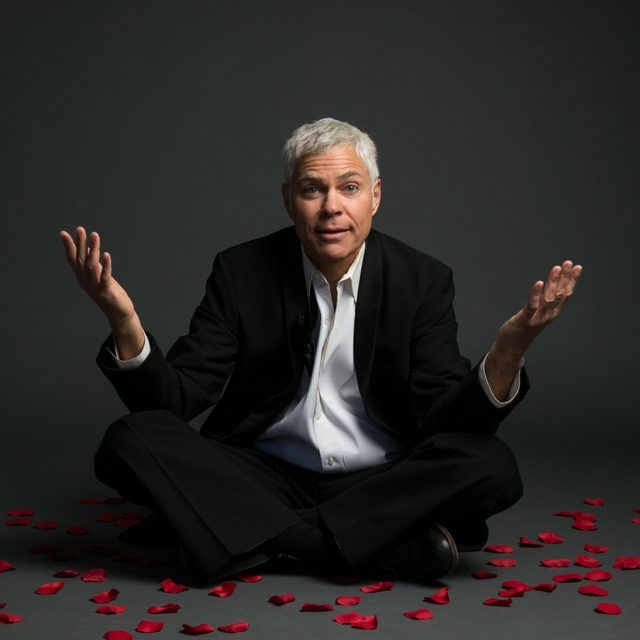 Very few subjects have arguably invoked the same amount of concentrated meditation and thought as the topic of love has. How exactly people fall in love and what helps them to stay together is at the heart of American comedian Steve Budd‘s solo comedy show What They Said About Love. Drawing on interviews with real-life couples, as well as his own personal experience, Budd presents an exploration of these very questions that is as thoughtful as it is funny and engaging. Beginning with how he met his Kenyan girlfriend, Chinewa, while on vacation in Mexico, Budd intersperses the trajectory of this relationship with the various insights and pieces of advice given by the people he spoke to. This proves to be an effective approach, as connections between these insights and his own personal situation are subtly made throughout the course of the show.

As a performer, Budd’s greatest strength is his ability to create convincing impressions of different people. From the northeastern woman who yearned after a New Jersey intellectual to the nonchalant British guy who loves cats, Budd presents characters who are vivid and real. The facial expressions which accompany these impressions also add to their believability. Beyond the humour, one becomes genuinely interested in his own story to see if things do work out between him and Chinewa, whom he thinks might really be “the one.” Spoiler: it doesn’t, but what he learns from this relationship in combination with the perspectives of those interviewed leave much reflection on the question of what truly makes one work. As a combination of comedy and meditation, What They Said About Love is an intriguing probe into a subject which has vexed many.

What They Said About Love continues at the ODD Box in the Arts Court Theatre for the Ottawa Fringe Festival until June 24. For show times and tickets, visit http://ottawafringe.com/shows/what-they-said-about-love/

This article originally appeared in Capital Critics’ Circle on June 20, 2018, and has been reposted with permission.