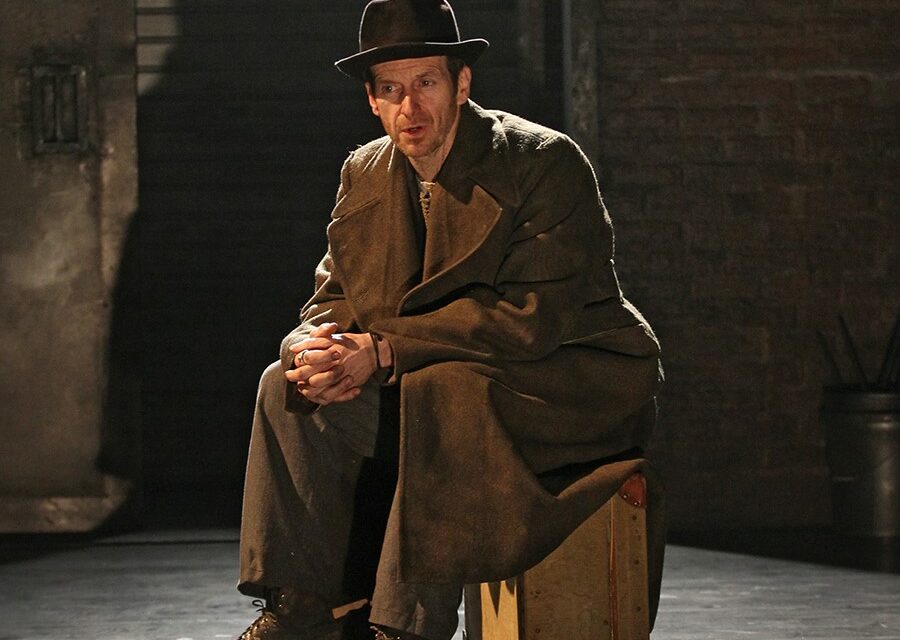 Denis O’Hare and Lisa Peterson created Homer’s Coat, a theatre company that explores ancient literature for new plays. Both the well-known actor O’Hare and the director Peterson developed An Iliad, a work that is based on Homer’s legendary poem of the Trojan War but cut to 100 minutes of playing time. The title indicates that there are other visions of the tale.

They first brought An Iliad to Boston’s ArtsEmerson in 2013 where it was a hit as it had been in New York the previous year. O’Hare and Peterson spent five years developing the play which they then toured across the U.S. Since ArtsEmerson is celebrating its tenth year as a theatre institution, Artistic Director David Dower and it’s Executive Director David C. Howsedecided to bring back five of their most important plays which included An Iliad and five new ones. Unfortunately, An Iliad’s second stay in Boston was only for four performances.

O’Hare appears to be a storyteller who travels the world talking and singing about the horrors of all wars, not just the Trojan War. He is now old, tired, and forgetful. At times he stumbles through the story. For example, at the beginning of An Iliad, he lapses into ancient Greek. Nevertheless, he assures the audience that he remembers “a lot of it.” And so he does and in idiomatic American-English as well. However, as he talks, the Trojan War becomes confused with American wars.

O’Hare is dressed in a shabby brown ill-fitting coat and hat that look mid-twentieth century. When he enters, he carries a suitcase that denotes his constant traveling. The set is an apparently unused stage with racks of lighting equipment, boxes, a tall ladder, chairs, and tables.

Present on stage with Denis O’Hare is Eleonore Oppenheim a gifted young woman who is a bassist. The music for the production was composed by Mark Bennett who also created the sound design.

O’Hare is a very talented actor who is lithe and as we see in An Iliad very good at handling monologues. He has received two Tony’s for his theatre performances. He and Lisa Peterson are planning to collaborate on new work.

This article was originally posted at capitalcriticscircle.com/   on November 24, 2019, and has been reposted with permission. To read the original article, click here. 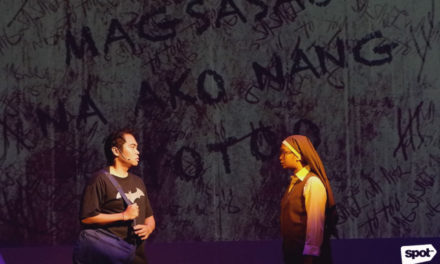