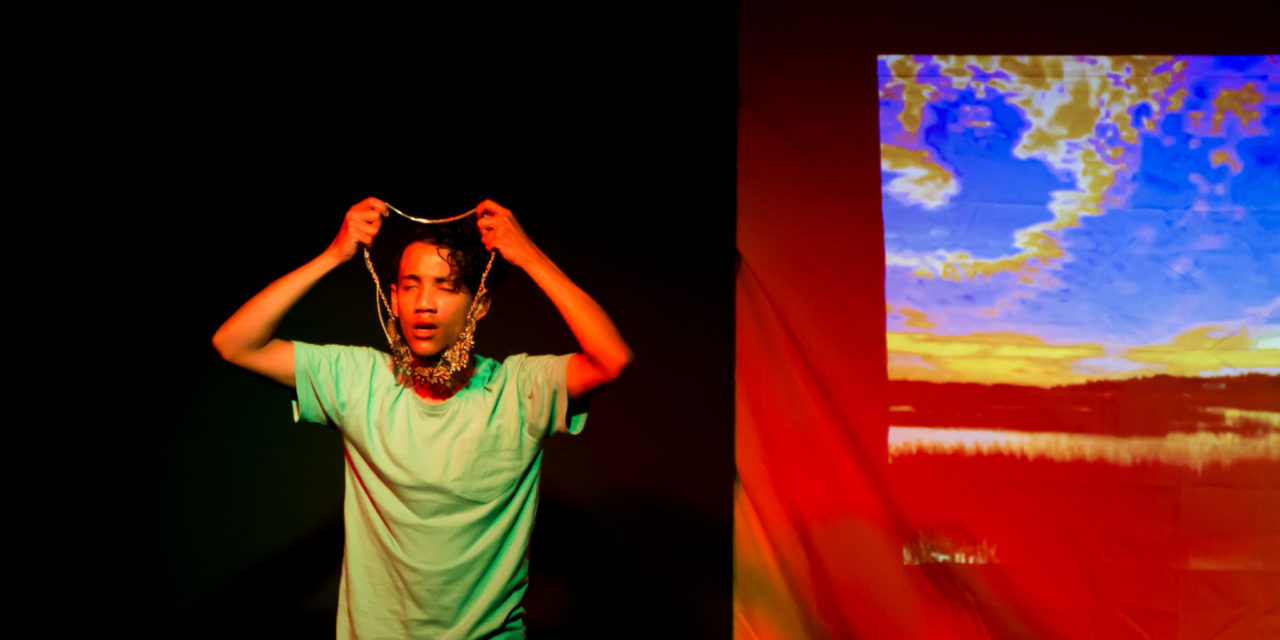 The Vrystaat Arts Festival aims to contribute to the exchange of ideas around art, culture, and society through connections with other national and international creative communities. Its vision is centered on the principle of ‘One festival, many stories,’ and its mission is to support the development and presentation of great art in the Free State for all: bringing people together, supporting great art, developing artists and audiences, driving innovation, and playing on the world stage.

The festival’s current five-year strategic plan was developed in 2014 after international, national, and local consultations on what the festival could achieve not just to support the local Free State economy, but also to have a significant impact on South African, African, and global creative communities. Predominantly an Afrikaans-language festival, the festival actively forges creative connections with English and Sotho cultural groups.

As part of its new five-year strategy, a fringe festival (vrynge) was added to the Vrystaat Arts Festival to support emerging artists in 2016.

‘Vrynge gives platforms to the artists who have not yet had enough experience to perform in a main festival, and offers a space for experimentation and community engagemen.’ (Michael Garbett, vrynge Coordinator).

The vrynge came about, after consultations held in 2015 by the Vrystaat Arts Festival with a range of artists and cultural stakeholders, nationally and in Bloemfontein, on future roles for the festival. It is seen as a critical intervention in the development and presentation of new art in the region.

The Free State itself has a very specific creative-industry profile. In addition to being one of the few regions in the country where the population is growing (compared to a general decrease in the population in South Africa), according to the Public Participation in the Arts Survey 2010 by the National Arts Council of South Africa, the Free State, of all the provinces, had the highest percentage of people who participated in the arts because of a growing number of events being offered (27%, followed by 21% in Limpopo).[i] This indicates that there is a growing cultural offering in this region that is outpacing other regions in terms of community support.

The Free State also has the highest number of participants (22.4%) attending events to support artists (the highest of all the provinces), indicating a significant and loyal support base for local, emerging artists. The arts are not a marginal activity in Mangaung—it has significant support from communities, and the vrynge is a platform where they—as well as their national and international counterparts—can present new work and develop new audiences.

The vrynge in 2017 will again include an open stage and several residence halls for full productions. We are also aiming to bring a stage onto the festival ground itself, where vrynge artists can showcase their productions to potential audiences.

One of the main issues the festival faces as a result of its location on the campus of the UFS is its isolation from many communities who are not able to access the site either because of distance or because they perceive it as an elitist, privileged space. In addition, many of those who attend the festival markets on the campus ground itself do not realize that there is a broad range of theatre, visual art and music offering as part of the event.

To reach the widest possible audience, and to make those attending aware of the arts as a key component of the programme, the festival embarked on a significant public art program. In addition to the aforementioned It’s My City initiative, the Public Art Projects (PAP) and Vry-wees were established to activate public space.

Open Wound was a performance dealing with partner abuse in same-sex (lesbian) relationships; Ontbloem saw Knoetze in a vibrant floral costume walking through the city exploring Afrikaner mythologies of the land; Mulitcoloured Story saw passersby play a game with Radebe to reorganize the city blocks into how they wanted to redesign it; and Site, Place, Space involved three site-specific works exploring the concepts of the private and the public.

Living was a project with Musho Fikile and Kwazulu-Natal based artists as part of Twist Theatre Projects, which presented a ‘performance piece that centres around living, while caring for those who are dying.’ The aforementioned transformer by pvi collective also took place on the square, with participant Marcia Laing commenting that ‘experiencing the lab work and the actual performance of the concepts we worked on in the lab, was one of the greatest learning experiences in my early career as an artist.’[ii]

PAP created a new platform for artists and the public to meet in a space previously occupied only by passersby and lunchtime visitors.

VRY-wees, on the other hand, was developed by Zane Muller to provide a platform for local artists and creative practitioners to showcase quality art in public spaces around the festival grounds itself. He programmed dancing, singing, poetry or modelling ‘as long as it is good enough to capture an audience and create a vibe surprising the festival goer anytime, anyway at any day’ (Zane Muller, Vry-wees Creative Director). These happenings exposed a range of local artists to new audiences and audiences to the vibrant talent of local, creative practitioners.

The Vrystaat Arts Festival and the UFS through the PIAD partnered with one of the biggest arts and health organisations in Australia, Disability in the Arts, Disadvantage in the Arts (DADAA) to develop Free State Arts and Health, a long-term arts and health programme for South Africa.

DADAA, based in Western Australia (WA), operates over an extraordinarily large region and employs, amongst others, strategists, producers, artists, health workers, researchers, partnership brokers, digital producers and community builders. DADAA works internationally and locally (including their partnership with the Vrystaat Arts Festival) with a current team of around 24 full-time staff supporting more than 16,000 community members to participate in the arts. The work is ‘community-led, disability-led, rigorous and long haul’ (DADAA).[iii]

A pilot project focusing on mental health was developed for the 2016 festival, linking the UFS, the National Museum in Bloemfontein, Oliewenhuis Art Gallery, Naval Hill Planetarium and festival venues on the UFS campus. The project was generated in consultation with local artists and consisted of text-based work on mirrors in these institutions, with messages such as ‘Don’t Drop Dead Gorgeous’ and ‘You are What’s Eating you,’ with hashtags #faceit #goodhealthgoodlooks and #callme linking to social media threads that referred people to relevant health sites.

This initiative addressed the need for transdisciplinary programmes that link health, the arts and communities in a format that can assist the progress of all the partners. As Roodt reminds us: ‘In doing so, the Free State Arts and Health Programme endeavours to mobilise communities to raise the bar on their collective health, stimulate the growth of vibrant, comergent forms of artistic and cultural expression in Africa, and build new audiences and models of participation for works produced.’

As a first for South Africa, the Free State Arts and Health programme aims to grow its footprint nationally and in Pan-Africa as its develops a critical mass of projects and practitioners capable of working in the arts and health field.

The PAIPAM, an initiative of the Vrystaat Arts Festival, is proposed as a biannual arts market for the performing arts in Africa, developed for national and international presenters and producers, providing the highest quality theatre productions from Africa to buyers, artists, and the general public.

The aim is to increase the global reach of the performing arts industries in Africa, and to contribute to the development of future work from the continent.

Some of the outcomes of the PAIPAM include the performing arts in Africa developed and promoted through the presentation of a multifaceted performing arts event in the Free State for international presenters and producers; African artists, their work, ideas and learning developed, presented and toured; awareness raised about innovative and talented artists and companies in Africa with diverse practices; and attendance of national and international delegates such as promoters, artistic directors, programmers, venue managers, presenters and others with the ability to book work or collaborate/partner/co-produce in development.

Accompanying the performances and networking events will be dialogue and critical debate to raise the profile and quality of artists and their practices, and to contextualize African arts for a global audience.

The aim is to have a PAIPAM every two years over a six-year period, to build the momentum for Africa internationally. A pilot project is planned for 2018.

Although the initiatives identified in the strategic planning in 2014 and embarked on by the festival may initially seem disparate, there is an interconnectedness that assists the festival in fulfilling its vision and goals.

Collectively, they help create a substrate for an arts ecology that brings together a range of new communities and specific arts interest groups through an art of national and international quality (bringing people together and supporting an art of excellence). They also professionally develop emerging and established artists to expand their careers and network opportunities and bring along new audiences (developing artists and audiences); they push the boundaries of what is possible in a community context in both the interdisciplinary and the technological arena (leading innovation); and they facilitate bridge building between local and international artists through capacity development opportunities and co-collaborative endeavours (playing on the world stage). They help expand the creative industries’ footprint in the Free State, weaving a tapestry much bigger than its individual parts and facilitating pathways of engagement with disciplines outside of the arts.

To have the arts imbedded in much broader strata of society and have an impact bigger than it currently has is one of the main aims of the Vrystaat Arts Festival. The festival will achieve its vision by turning Bloemfontein into one of the key gateways for the creative industries in Africa, where the world can experience what Africa has to offer and where the festival will facilitate an increase in Africa’s creative global output.

[i] Public participation in the arts survey 2010 (http://nac.org.za/research/reports). 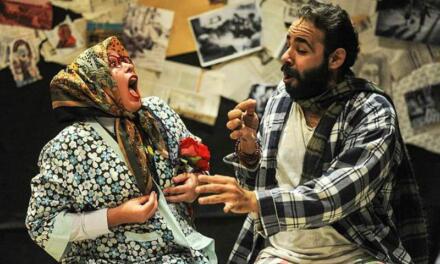 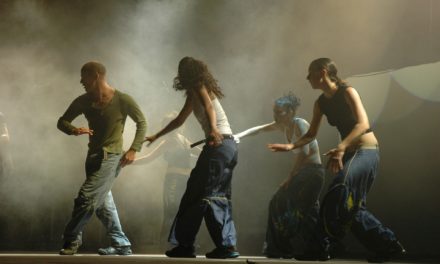 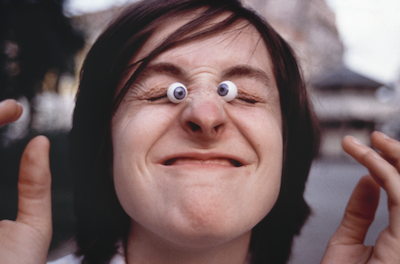