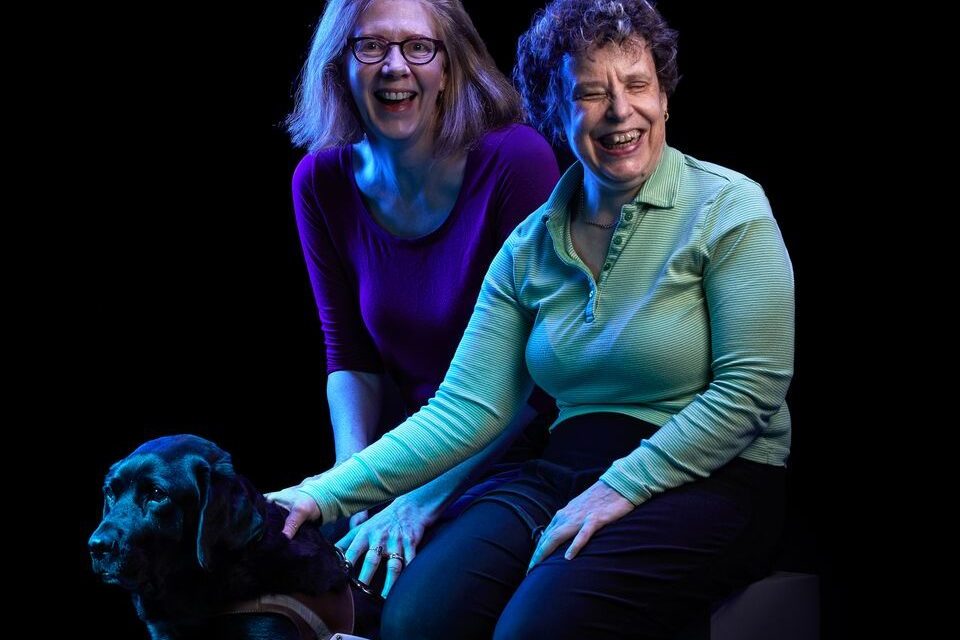 Hard to fathom, but there are actually people who aren’t mad about dogs—their intelligence, their steadfastness, their boundless optimism. Kim Kilpatrick is not one of those people.

Her storytelling show, Raising Stanley/Life with Tulia, is a smartly paced exploration of the mutually rewarding and complex relationship between human and canine based on her own experience, as a blind person, with a series of guide dogs.

Under director Bronwyn Steinberg, Kilpatrick keeps the narrative and delivery simple: an A-Z of life with four guide dogs. Each is as individual as any human. For example, her current dog — Tulia, a black Lab who lay quietly in her basket through the show—is “like one of those kids who always sits in the front of the class and puts up her hand to show what she knows.” 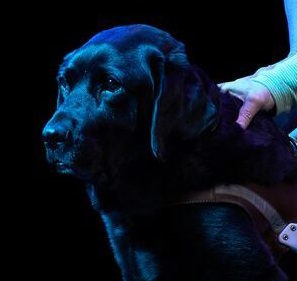 At the heart of Kilpatrick’s story is her ongoing discovery of each dog’s world as well as her own and the way in which the two worlds evolve, sometimes in sync and sometimes not. Her dogs work hard for her and she works just as hard for them–a nourishing reciprocity to which Kilpatrick gives eloquent voice.

Karen Bailey’s paintings of dogs, including Stanley, a guide dog in training, accompany the storytelling on a screen. Like Kilpatrick’s story, some of the paintings are full of forwarding motion and some are more a quiet meditation. Kilpatrick can’t see, but there’s no question that she’s as attuned as Bailey and her paintings to the subtle, powerful body language of a dog–how a glance or a twitch of muscle can say so much.

“It’s too quiet a house without a dog,” says Kilpatrick at one point. She’s right: it’s like a life without stories.

A confusing and self-conscious mix of commentary, dance, videos that run far too long, one loud scream and largely unsuccessful attempts at audience participation, the 60-minute piece ricochets from memories of growing up as an isolated Afghan-Canadian in Scarborough to the inexplicable pronouncement that, when it comes to the material objects in our lives, “everything we have comes from war.”

Otherness–being a woman of color and queer, for instance–occupies much of the show. There are insights into her mother and father’s activism, their parenting styles and how her little brother because he was a boy, was the favored child. At one point, an audience member joins her to sing a song from Disney’s 1992 animated film Aladdin.

The problem is that Latif hasn’t transformed her very personal stories and viewpoints into a consistent vision, let alone anything universal. At times on Thursday, she also seemed ill-prepared for the show, delivering her lines in unpolished fashion. Maybe that delivery was meant to sound spontaneous and therefore engage us at the moment. Instead, it was scattershot and uninviting.

Latif has some important things she wants to explore, including the outsiderness in Canada of whole swaths of people and concomitant white privilege. Her show, so far, doesn’t do her desires justice.

Coach of the Year

Stories of the sexual abuse of younger, vulnerable people by older men in positions of power have become so common that we sometimes hardly notice them.

Pierre Brault’s Coach Of The Year strips away the routine, news-report nature of the distressingly familiar narrative. Brault does that by taking us inside the life of Glen, now in his 30s and forever damaged by what was done to him, and by giving us a chilling view of Daryl Conners, the Junior A hockey coach who did the damage and moved on.

Introduced in nascent form at Ottawa’s 2013 Extremely Short New Play Festival, Brault’s play has evolved into a textured, character-driven piece that still has at its heart the original crux: what happens when, years later, victim and abuser meet?

Brad Long is excellent as Glen, a guy with a mile-thick wall between him and the world. Twice unsuccessfully married, he shields himself with the solitary life of a long-distance trucker reliant on uppers and downers and, when he’s not on the road, alcohol.

What was done to him as a teenager has rippled out, engulfing even his relationship with his single mother Marina (Mary Ellis, in fine form), a diner waitress who has erected her own protective wall around her injured heart.

Brian K. Stewart is the Shakespeare-spouting, award-winning coach, a man as coldly manipulative as Iago–a character he and the young, starry-eyed Glen discuss at one point–but with none of that man’s almost-majestic dark mystery. Stewart’s coiled-snake-within-a-caring-exterior depiction of the coach is economical and insidious.

In expanding his original two-hander into a full story, Brault–who has directed this incarnation–has let some scenes run too long and written some dialogue, especially the coach’s, that’s unnaturally stiff. He’s also briefly and unnecessarily introduced a fourth character.

The play is almost where Brault wants it to be. Glen, unfortunately, will never be where he wants to be.

This article was originally published in Capital Critics Circle on February 10, 2019, and has been republished with permission. 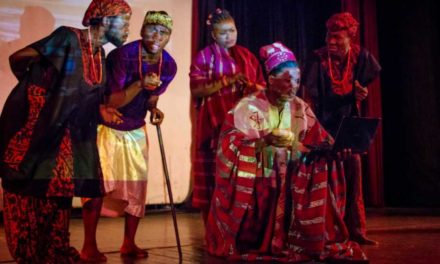