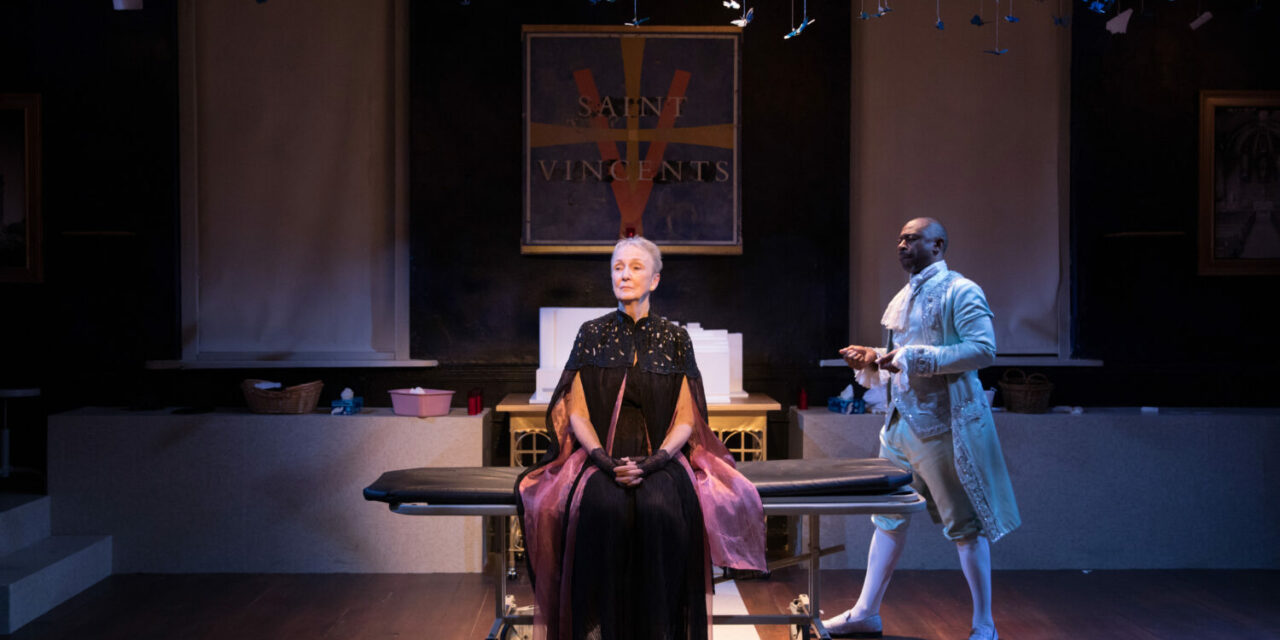 The dramatis personae of Novenas for a Lost Hospital is wide-ranging. There are doctors and nurses from the 1832 cholera outbreak and the AIDS crisis, nuns, nurses, saints and the patients of a saint, with these roles sometimes overlapping. There is talk of ghosts and maybe ghost-characters, depending on whether your viewpoint is spiritual or supernatural, but the main character, the hero, is a ghostly presence that appears onstage only in model form: St. Vincent’s, the hospital that once served New York’s West Village. The title refers to a Christian practice of prayer recitation over the course of nine (Latin: novem) days or weeks. The ritual provides structure for the show, the main part of which is arranged as nine interconnected vignettes, as well as a devotional center. 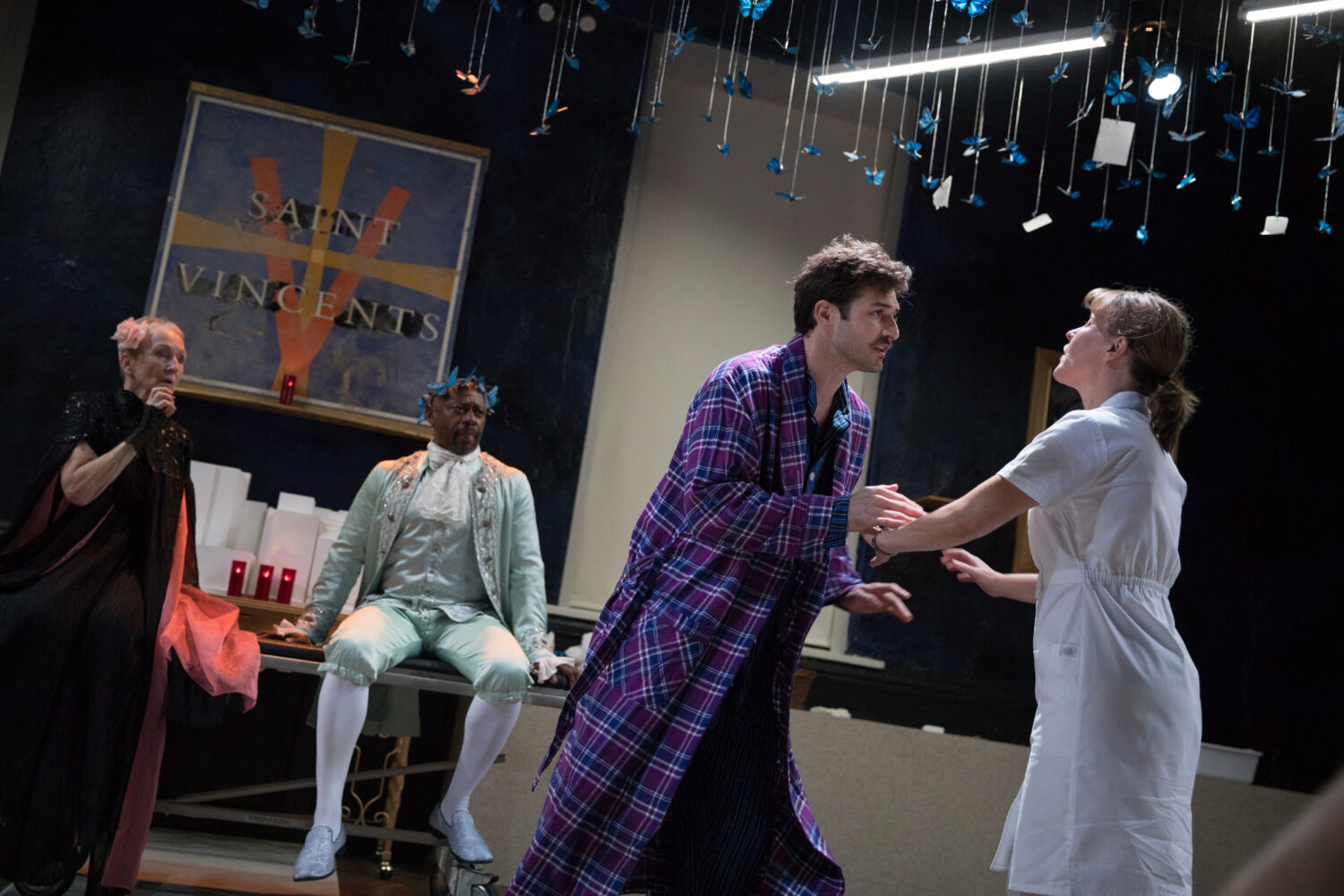 Directed by Daniella Topol Novenas is a site-specific performance, although I’m convinced that Cusi Cram’s fantastic and flexible script is surely translatable to future productions in other venues. In its premiere iteration, the production has three parts: an otherworldly prologue performed in the church courtyard of St. John’s in the Village, then you enter the Rattlestick Playwrights Theater for a historical exhibit about the hospital followed by the play, and a third part which I won’t spoil but I will say it brought me completely out of my self-conscious self. It all takes place in the shadow of where the hospital once stood, a site now occupied by luxury condos.

I had never heard of St. Vincent’s before I saw this show. It’s easy in New York, a city of constant change and a million transplants, to be unaware of what came before you. As the Venerable Pierre Toussaint, played by the splendid Alvin Keith as a spirit, reminds us, “Slaves laid the bricks of many of the buildings that surround this very theater, all on land stolen from Lenape Indians. There are armies of ghosts underneath us.” Then he playfully shouts out: “Boo!”

The topic matter of Novenas is serious as, well, a plague, yet it’s a fun show, hopeful and uplifting. Kathleen Chalfant is sublime as Elizabeth Ann Seton, a hardworking Catholic educator, and organizer who was later canonized, the first American-born saint. In Cusi’s play, Saint Elizabeth is tender and steadfast, but also human and funny, at one point quipping, “I think it might be easier to be a saint than it is to be a woman.” Pierre Toussaint, a Haitian-born hairdresser and Catholic fundraiser who is on the shortlist for canonization, is also humanized by multidimensionality. He struggles with the somewhat manipulative tactics he used for amassing donations in New York (playing on the vanity of rich women while he styled their hair, a bit Saint Elizabeth happily role-plays), and the fury he experienced when a racist doorman refused him entry to Saint Peter’s Cathedral after he helped finance its construction. These characters, like the doctors, nurses, and patients, illustrate one of the beliefs that anchor the show: you don’t have to be saint to be worthy of love, care and dignity. Hell, even the saints weren’t. 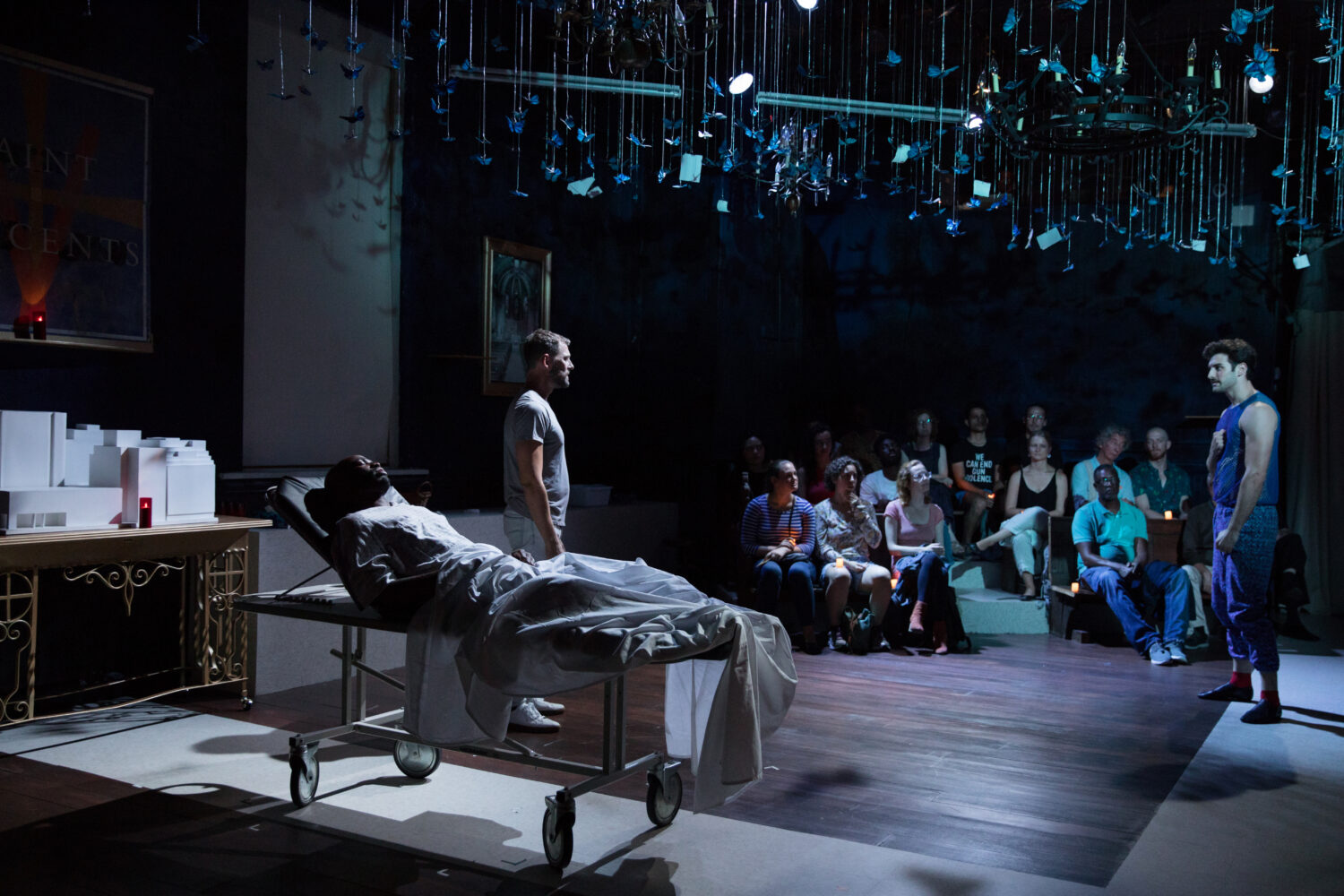 The most poignant scenes, perhaps because they’re the closest to our own time, are the ones that take place in the 1980s on the AIDS ward. By that time, St. Vincent’s comprised eight buildings, and the AIDS ward was housed on the seventh floor of Spellman. “Spellman 7” thus became a short-hand for this world apart, a world characterized by despair, agony, anger, but also romance, creativity, and the kind of history-making, law-defying care Jesus exhibited when he went among the lepers. They call it “Spellman 7, the express train to heaven.” Justin Genna is captivating as JB, a dancer who falls in love spreading cheer through the ward one Christmas night. Kelly McAndrew and Natalie Woolams-Torres play a succession of nuns and nurses with accents ranging from the Emerald Isle to Staten Island and the attitudes to match. Halfway through the show, I began to think that if I were to swoon, they would revive me. 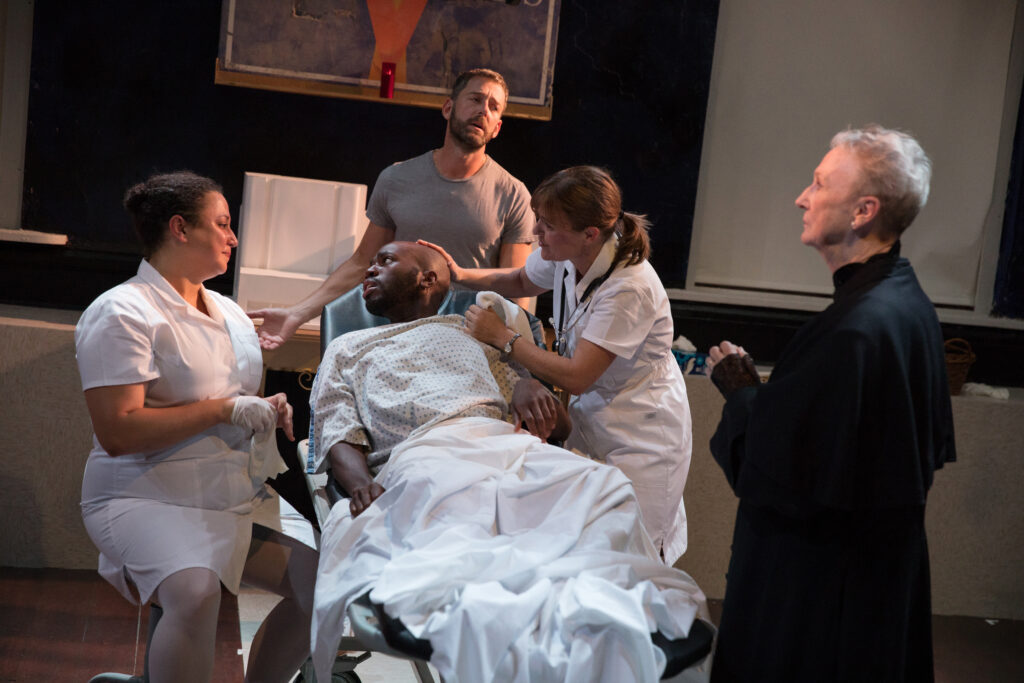 I look to art for emotional experiences, and where I’m not affected emotionally, I hope to learn a thing or two. Rarely have I seen I show that was so moving (I was crying before we left the courtyard) and so educational at the same time. St. Vincent’s served the people of New York for 161 years, treating the tired, the poor, the huddled masses, the black and the brown, the sex workers, generations of people who didn’t get the chance they deserved. I never knew before, but now I care. And if learning to care is the point, the Novenas are answered. 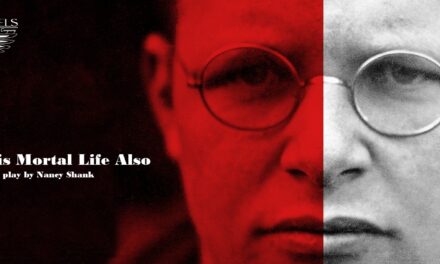 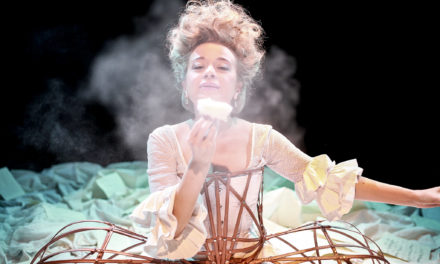 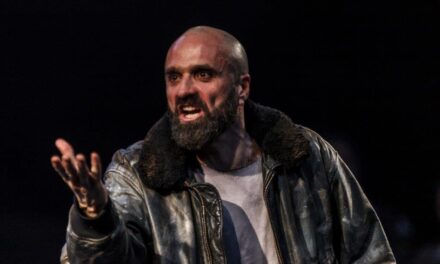