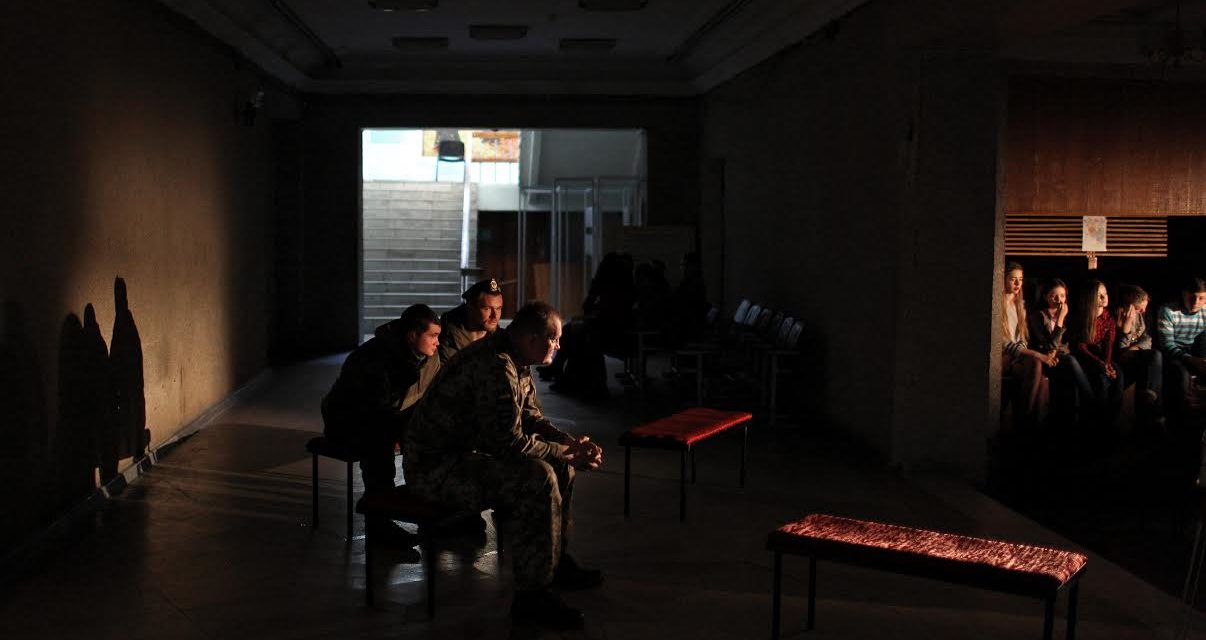 “How has theatre changed after Maidan?” is among the most frequently asked questions about contemporary Ukrainian theatre one may encounter. And it is the right question; the theatrical life of the nation has been undergoing significant changes recently. If we look deeper into the internal dynamics of Ukrainian theatre, however, we will see that it was not Maidan that effectively changed theatre, but rather the dramatic transformations among artists and society in general that had also led to Maidan.

It was in 2010 that documentary theatres began to flourish in Ukraine, leaving behind all other meaningful European theatrical trends. Why did documentary theatre and not, say, physical theatre, contemporary dance, devised theatre or any number of other genres experience such a substantive growth throughout the country? It is entirely likely that documentary theatre’s straightforward, honest language combined with a perceived authenticity of action worked to evoke a catharsis within society — a society whose collective consciousness had been manipulated for decades and ultimately corrupted.

Following the events on Maidan, as well as the on-and-off war with Russian-backed rebels in eastern Ukraine, a group of Kyiv-based artists and volunteers led by German director Georg Zheno, playwright Natalia Vorozhbyt, and psychotherapist Oleksiy Karachynskyi sensed that theatre may serve as an effective means of healing those who had suffered violence and forced displacement.[1] Their project, which became known as the Theatre of Displaced People, started when the trio volunteered to help rebuild a school in the small town of Mykolaivka in the Donetsk region that had been hit heavily by artillery strikes. The trip resulted in the performance of Mykolaivka, which was produced together with local school students. Mykolaivka depicts the feelings of 13- to 16-year-olds who have experienced the horrors of war. The theatre, founded in October 2015, now boasts a number of performances in its repertoire and an extensive social programme.

Theatre of Displaced People differs from other Ukrainian theatres in a number of ways. It is among the first theatres that do not work with professional actors. Positioning itself as a witness theatre, the stories and topics it addresses are introduced by the people who experienced them. As Georg Zheno explains, “Reality, as a theatrical approach, is uncommon, but it’s a singularly appropriate response to the challenges of the times. A displaced person is inconvenient, a demanding character, one who tests society’s ability to act with solidarity and to heal itself. It also issues a challenge to theatre, which is looking to depict our current world.”[2] Typically, a new and different group of people comprises the “cast” of every show. One example is the performance “Where is East?” which deals with refugees from Donbas and Crimea who have moved to Lviv in western Ukraine. Many of them have remained with the theatre, forming a group that has grown to several dozen people.

Documentary theatres offer a stark contrast to Ukrainian State-supported theatres not only in the composition of their artistic company but also in their rejection of the top-down hierarchical style of management employed at state theatres in favor of a horizontal management structure. Volunteers active in social work are also a vital part of the company. Children are welcome to participate in festivities and artistic workshops conducted by the theatre. All those in need are encouraged to seek help from a psychologist or psychotherapist associated with the group. In addition to Vorozhbyt, a number of leading Ukrainian playwrights—Maksym Kurochkin, Oksana Savchenko, and Dima Levytskyi—are actively involved in artistic productions. Overall, in a setting where social and artistic aspects are afforded equal weight, there is significant work being done by a wide range of Ukrainian theatre and film directors, artists, and designers.

Among the most recent projects emerging from the theatre is a playwrights’ workshop — “Class Act: East-West”—organized for youth hailing from Ukraine’s far western and eastern reaches, and curated by British playwright Nicola McCartney. The workshop has produced eleven finished plays, and a performance based on them staged by prominent Ukrainian actors and directors. Among these is the personal account of one workshop participant who describes his move to the city of Kharkiv following the bombing of Popasna, his hometown in the Luhansk region. The boy tells the story of adapting and adjusting to his new life in Kharkiv, and of stereotypes of the Donbas.

Why is this new approach so important to Ukrainian theatre and society? Certainly, the incorporation of social work into theatrical work is a welcome innovation. Yet equally important are the innovations in technique—in documentary theatre, witness theatre, devised theatre—which have blurred traditional boundaries between artists and audience. Taken together, these play a paramount role in altering the overall theatrical landscape in Ukraine, a landscape which has actively resisted change since the collapse of the Soviet Union. 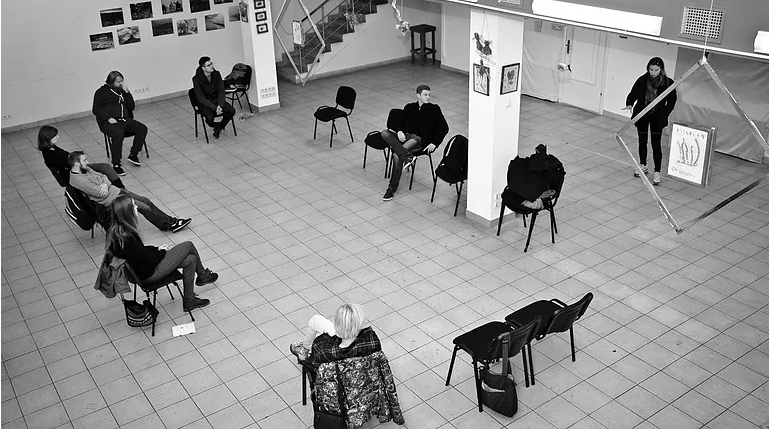 This post originally appeared on the East European Performing Arts Platform on March 22, 2017 and has been reposted with permission.