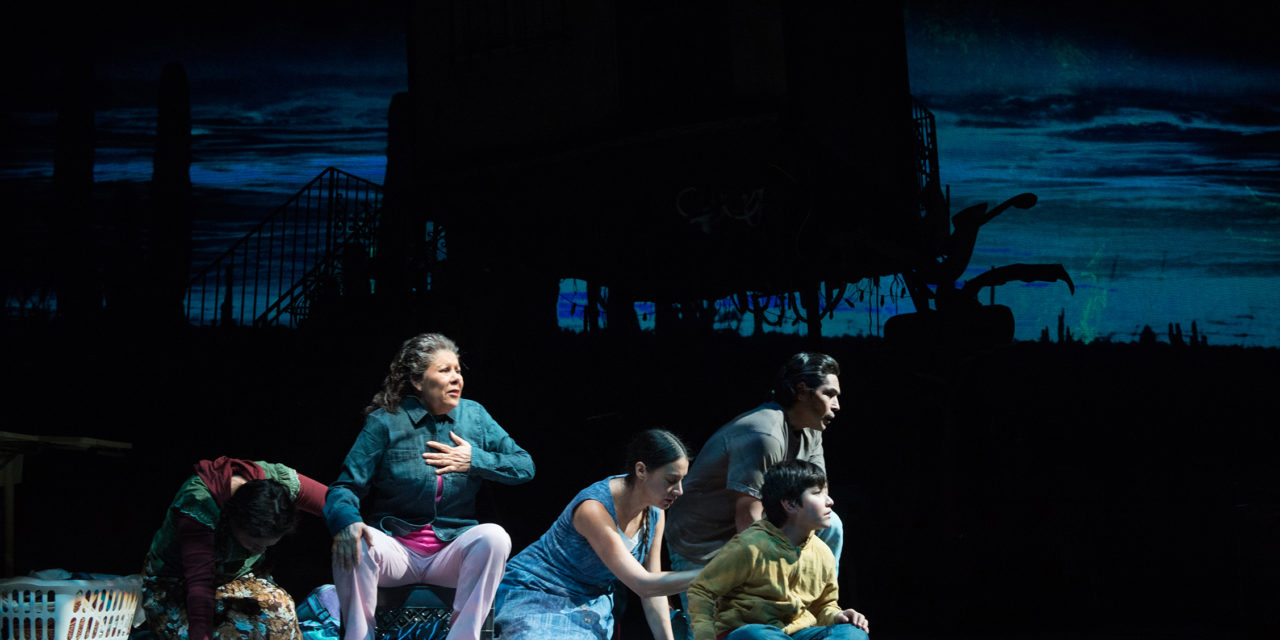 On April 27-29, Oregon Shakespeare Festival (OSF) welcomed Latinx theatre artists and advocates to Ashland for its biennial Latinx Play Project (LxPP). The mission of LxPP is “to develop and present new plays and provide a forum for artists, producers and audiences to discuss and advance Latinx theatre at OSF and nationwide.”

The fact that this is happening in Southern Oregon—a region with a low Latinx population—is remarkable. As many have noted, OSF Artistic Director Bill Rauch prioritized equity, diversity, and inclusion when he began his tenure in Ashland ten years ago. That Associate Artistic Director Christopher Acebo joined Rauch at OSF to find himself one of only a handful of people of color on the staff and now, in 2017, OSF is perhaps the most diverse and inclusive LORT A theatre in the country is a case study that deserves our critical attention. To the theatre Ph.D. student looking for a dissertation topic: here it is!

At LxPP, I saw more diverse theatre offerings and people of color on stage in three days in Oregon than I’ve seen in 2017 combined in Houston, where I live. This is astounding and speaks to one of the core issues facing regional theatres around the country: an inexcusable lack of equity, diversity, and inclusion at all organizational levels. 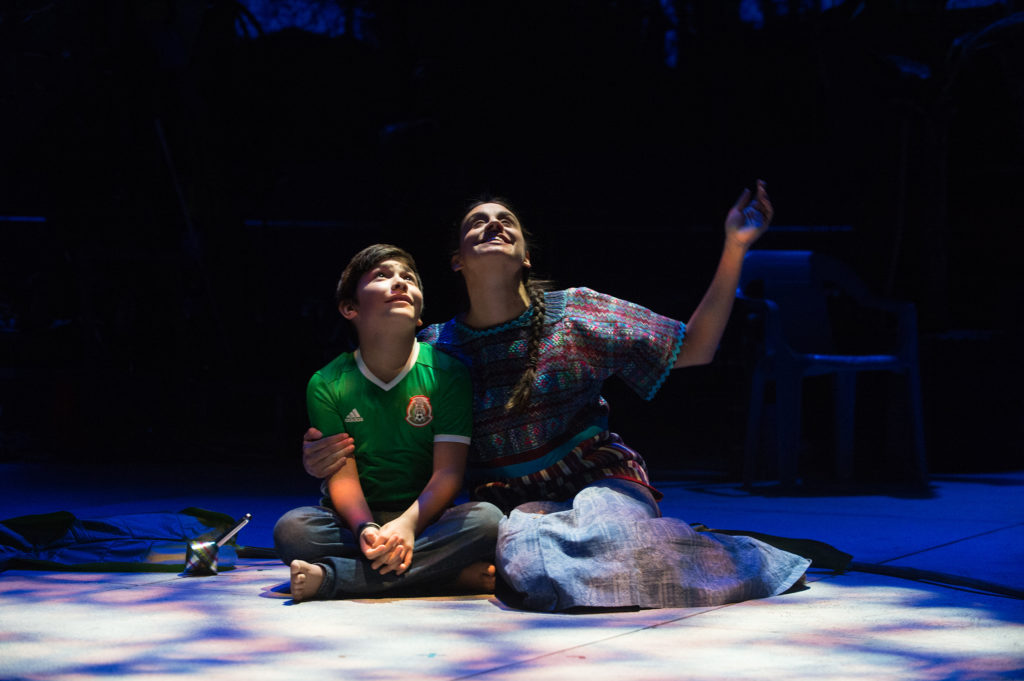 LxPP included staged readings of Mother Road by Octavio Solis and The Refugee Hotel by Carmen Aguirre in addition to a panel, “Soy Yo: When Geography, Identity and Artistry Collide,” featuring Carmen Aguirre, Hector Tobar, José Luis Valenzuela, and myself. Various other events were sprinkled into the weekend in addition to mainstage OSF productions.

A sequel of sorts to Steinbeck’s The Grapes of Wrath, Mother Road dramatizes the aftermath of the Joad family’s journey from Oklahoma to California. In the present, Martin Jodes, a Mexican-American (played wonderfully by Lakin Valdez), remains the last living descendant of Tom Joad and journeys back to Oklahoma along the Mother Road to inherit the family farm. I first encountered Mother Road at the Latinx Theatre Commons’ Carnaval of New Latina/o Work in 2015; the play remains one of the most moving unproduced plays I’ve seen in recent years. Solis’ powerful play captures the current sociopolitical climate and the coalitional politics that we need to move forward.

I was especially thrilled to see Carmen Aguirre so thoroughly included in LxPP. For years I have been advocating for more inclusion of Latinx Canadians into the conversations happening across the United States. Canada is an integral part of Latinidad and Aguirre’s work speaks to these nuances of Latinx identity. Aguirre’s The Refugee Hotel details the events after a group of Chilean exiles arrive in Canada. The year is 1974 and the refugees are fleeing the Pinochet dictatorship. The Refugee Hotel questions what it means to flee the motherland. Have these refugees abandoned their friends and responsibilities? Aguirre’s play sheds light on the plight of the survivors of political oppression, many hardships that are still being experienced today.

In addition to the two play readings, LxPP attendees also saw three mainstage productions: Mojada: A Medea in Los Angeles, Hannah and the Dread Gazebo, and UniSon. While each production deserves our attention, I focus on Mojada due to space limitations. Put simply, Luis Alfaro’s Mojada is a play that needs to be seen all across the country. Now more than ever. Aptly titled, Mojada, or “wetback,” is more than just a Chicanx re-imagining of Medea, but dramatizes the challenges of a family of recent immigrants in Boyle Heights, Los Angeles. As Medea’s husband Jason says, “Everyone pays in this country. It all comes with a price.” And for our Mexican Medea, the prices she pays are equal parts what audiences expect from a ­Medea story and equal parts unexpected (I especially enjoyed hearing the gasps from the audience). For many of the young Latinx theatre makers, Mojada was their first Latinx play. During the Cafecito at the end of the weekend, one young Latina told us that she was inspired to read more Latinx plays. She hadn’t been exposed to these plays growing up so she assumed they didn’t exist, that Latinx people didn’t write plays. Mojada changed that; it opened her eyes. 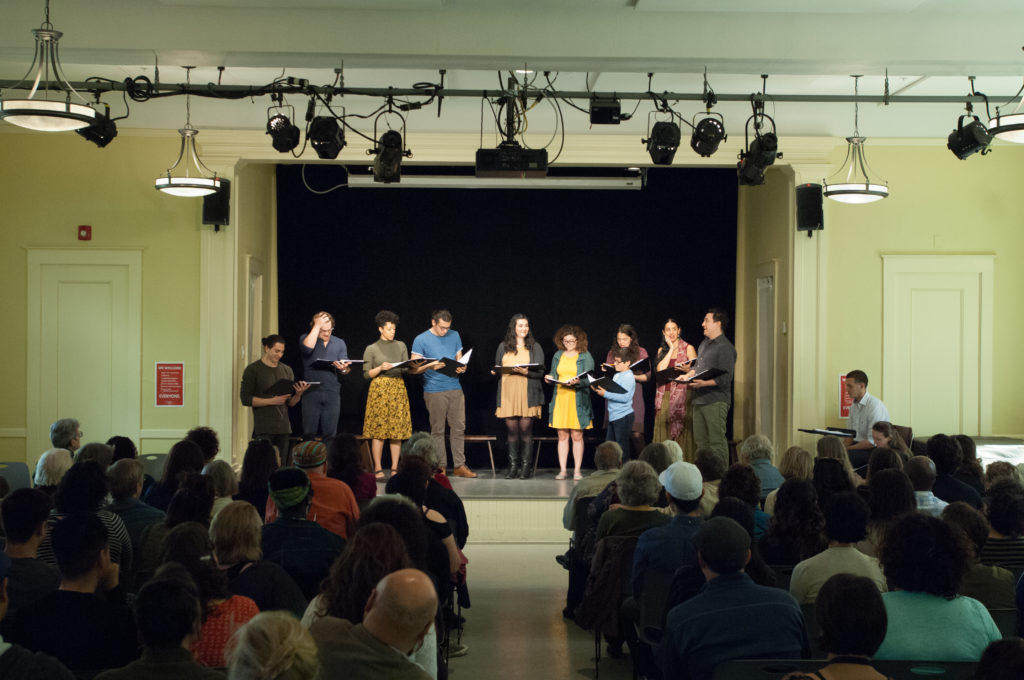 Aside from the art-making, perhaps the most powerful aspect of LxPP was something that people have been experiencing with the Latinx Theatre Commons for years: the power of critical mass. It is nearly impossible to beat the community-building at events like LxPP. I was able to speak with like-minded artists and advocates and never once have to explain what I do or what this field is. In these types of environments, people can connect on a deeper level simply by having shared experiences in addition to shared interests. In Ashland, Latinx theatre had room to live and breathe without having to justify its existence. This is how a movement grows. 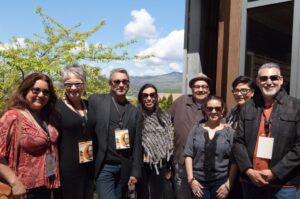 During the Cafecito to close out the weekend, Dr. Tiffany Ana López asked: How do we all—not just actors, directors, and playwrights, but all of us—work in tandem to continue the movement? While the responses to this are endless, I believe that one way we can build on this momentum is for our theatre community to continue to support festivals such as LxPP so that they can continue to exist and expand. Next season, Two River Theater in New Jersey will host its annual Crossing Borders Festival in August, the Los Angeles Theatre Center will host its second Encuentro in November, and Stages Repertory Theatre in Houston will host its first Sin Muros Latina/o Theatre Festival in February. These organizations shouldn’t be the exception. More theatre companies across the country should be encouraged to expand their programming in such a way. As I can attest, even one weekend can go a long way.