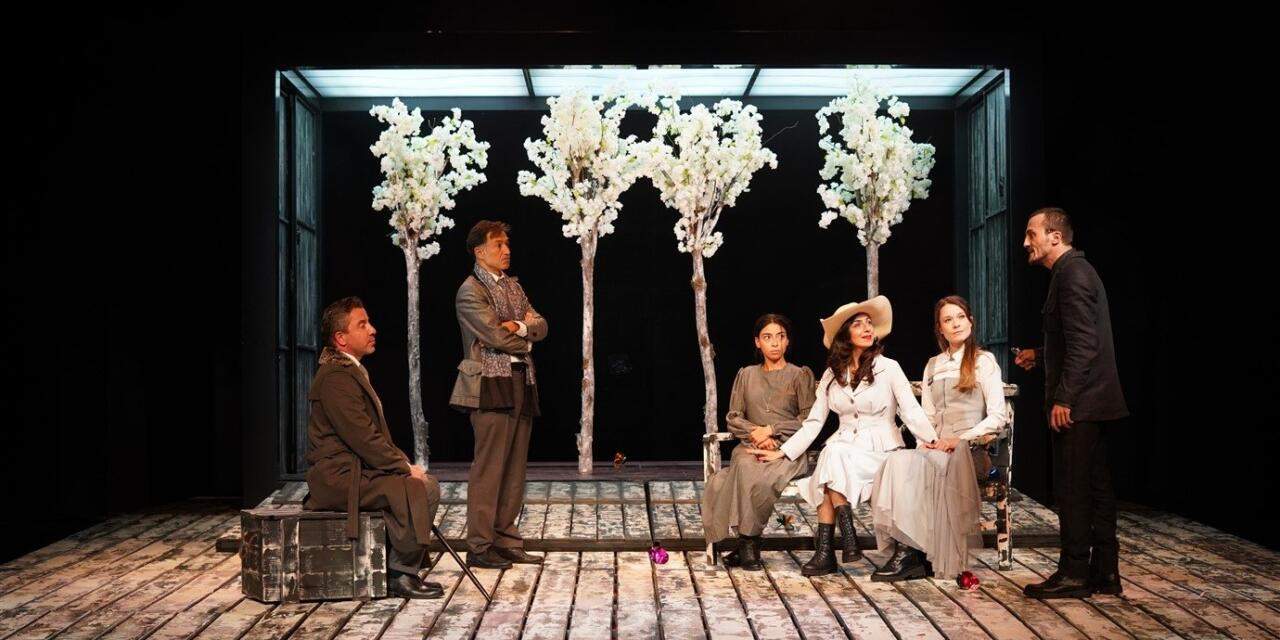 The 23rd edition of The State Theaters – Sabancı International Adana Theater Festival will offer performances by three foreign and 19 local companies this year.

A theater festival organized in cooperation with the Sabancı Foundation and the Ministry of Culture and Tourism State Theaters is getting ready to lift its curtains on March 27, World Theater Day. The State Theaters – Sabancı International Adana Theater Festival will remain open for enthusiasts in southern Adana province for the 23rd time until April 30.

The festival will host a total of 22 different plays this year, with the participation of three theater companies from abroad and 19 companies from Turkey. In a press meeting, State Theaters General Manager Mustafa Kurt said that the Adana Theater Festival is the second festival that the General Directorate of State Theaters started this year as one of the national and international theater festivals that they organize every year.

A scene from Ankara State Theatre’s “End of the Rainbow.” (Courtesy of General Directorate of State Theaters)

A scene from Ankara State Theatre’s “End of the Rainbow.” (Courtesy of General Directorate of State Theaters)

Noting that the Adana Theater Festival is a very valuable international event that has also earned a reputation outside Turkey, Kurt said: “While preparing our program every year, we are specifically paying attention to the participation of countries that have never taken part in the festival before. We, for example, included performances by a Sri Lankan company in our program this year.”

According to the information provided by the general manager, the performances of the festival will be presented to the audience on the stages of the Adana State Theater and Sabancı Chamber Theater, which was built in Adana by the Sabancı Foundation.

Sabancı Foundation General Manager Nevgül Bilsel Safkan also said that the foundation carries out activities with the aim of making art accessible to everyone and bringing art to the forefront for more people in terms of social development. Emphasizing that they, as the Sabancı Foundation, are proud and happy to organize the State Theaters – Sabancı International Adana Theater Festival, their longest-running project in the field of art, for the 23rd time, Safken added: “Within the scope of the festival, which is one of the important milestones in the field of culture and arts in Turkey, 117 foreign theater companies from 45 different countries and 307 local theater groups have taken the stage in Adana so far. With its international dimension, the Adana Theater Festival will be the meeting point of art lovers one more time throughout a month this year.”

As part of the festival, Orthemis Orchestra, hailing from Spain’s Catalonia region, will present a show titled “Concerto a Tempo d’Umore.” The orchestra is comprised of 13 musicians breaking the stereotypes about classical music performances with high energy. While performing parts of famous pieces by well-known composers with a virtuosity expected from professionals, the group is also full of surprises, offering a show full of humor and action.

Diyarbakır State Theater will offer an adaptation of “Madonna in a Fur Coat,” a famous book written by Turkish author Sabahattin Ali, at the festival. The play will bring the love story of artist Maria Puder and Raif Efendi to Adana. Another adaptation at the festival will be Franz Kafka’s “The Trial,” adapted by Andre Gide for the stage. The performance by Kuzgun Production tells the story of Josef K., a chief cashier of a bank. Unexpectedly arrested by two unidentified agents, Josef is blamed for an unspecified crime.

While Bu Production will perform “Mouthpiece,” which is a Canadian feminist play by Norah Sadava and Amy Nostbakken, Kocaeli State Theater will perform “The Cherry Orchard,” adapted from the namesake novel by Anton Pavloviç Çehov. Uygur Art Theater will take the stage in Adana with “Old Fools,” written by Tritan Bernays. The play will tell the story of Tom and Viv, their love and the life they’ve shared together, from the first spark to dying light – but not necessarily in that order.

Theater Sanat Değirmeni will offer a performance of “İyi, Kötü, Çirkin” (“The Good, The Bad and The Ugly”), while Eskişehir Metropolitan Municipality State Theaters will showcase the musical comedy “Frank the Fifth” by the Swiss writer Friedrich Dürrenmatt.

Among the other plays to be showcased at the festival are Proje No2’s “Acı Kaybımız” (“Our Painful Loss”); Perde Art Theater’s “Thom Pain” (“based on nothing”), written by Will Eno; Bursa Metropolitan Municipality State Theaters’ “Misafir” (“Guest”); Theater Yanetki’s “10 Saniye” (“10 Seconds”); Zorlu PSM Production’s “Kum Zambakları” (“Sand Daffodils”); Çolpan Ilhan & Sadri Alışık Theater and Piu Entertainment’s “Crocodile Fever”; Kadro Pa’s “Macbeth at the Kitchen,” adapted from William Shakespeare’s well-known work; Tiyatoradam’s “Horse of the Alexander the Great”; and Izmir State Theater’s “The Ants / Once There Was a War,” adapted from texts by John Steinbeck and Boris Vian.

The Sri Lankan theater company InterAct will also present “Love and Quarantine,” while Rustaveli National Theater from Georgia will perform “Endgame” by Samuel Beckett. The tickets for the performances are available on www.biletinial.com and box offices of the venues.

This article was originally posted on Daily Sabah on March 20, 2022, and was reposted with permission. To read the original article, click here. 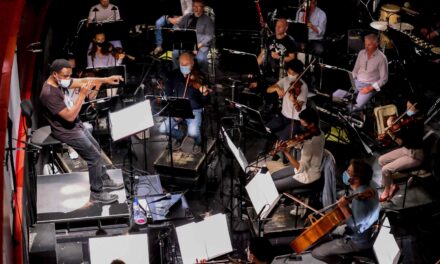 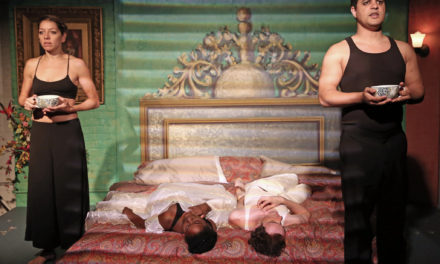