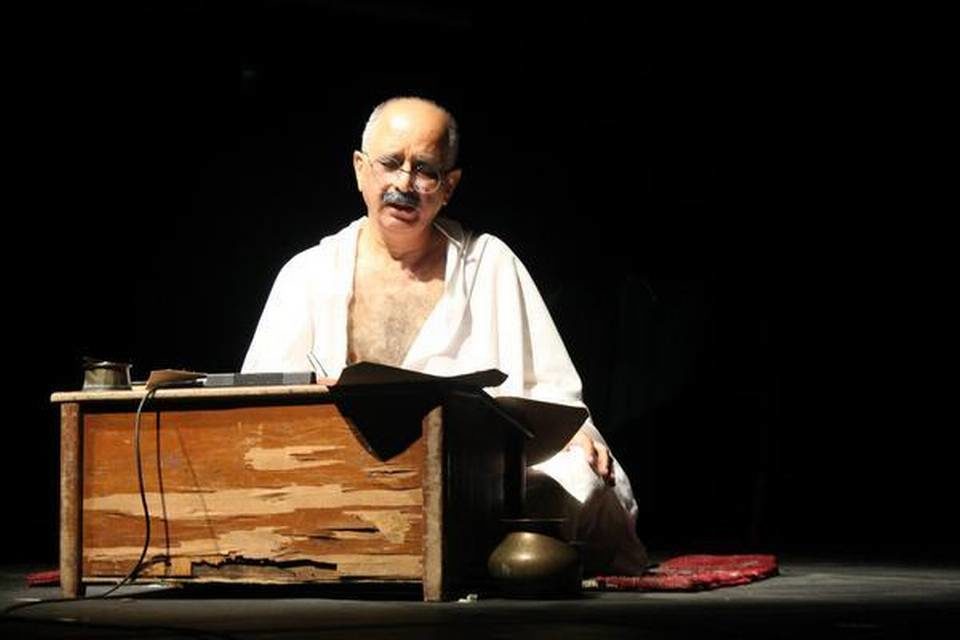 The play offered glimpses of the time and life of Gandhi who occupies an unparalleled place as a spiritual, political and social thinker in the history of the country, and who inspired a whole generation to liberate the people from the shackles of British imperialism adhering to the principles of non-violence.

Produced by Pierrot’s Troupe, the play is written and directed by Dr. M. Sayeed Alam, a seasoned actor, director, and playwright, who has written brilliant plays on literary and political luminaries, enriching the Delhi theatre with his chaste Urdu diction.

The title of the play itself is captivating, suggesting the historical journey of a lawyer who attracted the attention of the people by resisting the colonial oppression in South Africa. The lawyer, when he came to India, is moved to hear the pathetic tale of the abysmally poor and exploited farmers of Champaran, who plant indigo. 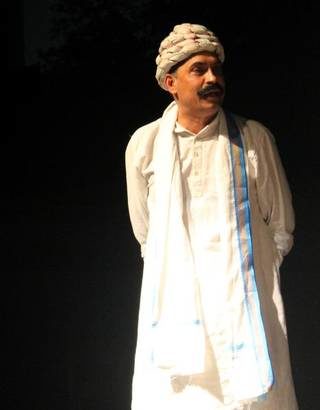 The format Dr. Alam has devised is ingenious, recreating the historical saga of Champaran Satyagraha of 1917 when Gandhi was 48-year-old. We are offered the glimpses of the Champaran saga, while Gandhi is engrossed in writing his autobiography, My Experiments with Truth. We watch the enactment of his reflection on his past. The action is shifted from the image of Gandhi writing his autobiography to the dramatic enactment and vice versa. In the process, we meet legal luminaries of Bihar like Dr. Rajindra Prasad, Gandhi’s meeting with the farmers and his encounter with the British administration, especially his confrontation with British judge. The narrative is revealed in a seamless manner with clarity and dramatic energy.

Some of the scenes like Gandhi’s meeting with farmers who narrate to him their woes are gripping. There is a poignant image of widows in tattered clothes, utterly feeble because of starvation. The dramatically intense scene is created in the premises of a court where Gandhi is summoned by the judge for violation of the colonial law of entering Champaran and organizing a meeting. With subtle off-stage sounds, the illusion of a large crowd assembling in front of the court is created.

As Gandhi faces the judge, he is told that he will be sent behind the bars. Gandhi expresses in a calm and quiet voice his willingness of the acceptance of the punishment for the defiance of law, with moral conviction and humility. An overwhelmed judge sets Gandhi free. The process of the redressal of the grievances of the farmers begins. Spellbound, the assembled masses raise their voice, calling him Mahatma.

After years, Gandhi concludes the chapter on Champaran Satyagraha in his autobiography, “The people became convinced that I am not an ordinary person but I am Mahatma and someone upon whom boon has been bestowed.”

The play unfolds on a bare stage with minimal use of properties. The scene depicting Gandhi writing his autobiography is set on the left down stage and the scene that dramatizes autobiography are enacted downstage right. The entry and exit of Gandhi with his associates take place through the auditorium which establishes a lively rapport with the audience.

Two performers are cast to play Gandhi – Ravi Raj Sagar as the one who is writing the autobiography and Sayeed Alam as Satyagrahi in Champaran in 1917. Both the performers create a riveting image of Gandhi.

The evening opened with “Dastaan-e-Mahatma” which was presented by Dastaango Syed Sahil Agha which highlighted Mahatma Gandhi’s deeply tortured soul to see the communal riots in the wake of the Partition of the country.

With his spiritual strength, he single-handedly tried to stop this madness and apply balm on the afflicted humanity. He listens to the gory cases of violence. True to his humanistic ideology, he prevails on the victims of communal violence, who have lost their dear children and are obsessed with the idea of revenge, to adopt abundant children as their own and conquer the feeling of revenge and replace it with love and kindness.

The Dastaango tells us about Gandhi’s sincere commitment to establish peace between India and Pakistan and through Satyagraha to establish brotherhood between the people of the two nations and that he had plans to visit Pakistan as a messenger of peace and goodwill. But his dream remained unrealized because of his murder at the hands of a religious fanatic.

Agha has an impressive range of elocution which enables him to convey the finer nuances of the narrative steeped in tragedy.

This article originally appeared in The Hindu on November 9, 2018, and has been reposted with permission. 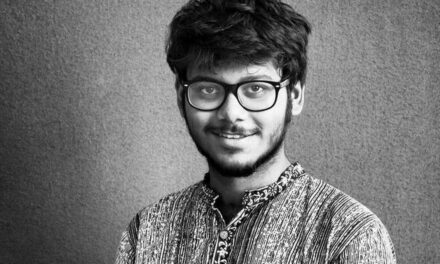 Which Theatre Style Connects With You the Most, Asks Deepro Roy’s New Play