Lagos Theatre Festival (LTF) is the largest performing arts festival in Nigeria and indeed West Africa. It was created to promote theatre in unconventional spaces. Through the festival, theatre makers and producers are supported to expand their practice beyond traditional theatre spaces by creating work that responds to any given space.

Lagos Theatre Festival was founded by British Council in 2013 as part of its ambitions of fostering exchange and collaboration been Nigerian and British artists through the presentation of high-quality Nigerian and British theatre. LTF 2013 was held at Eko Hotel, and featured 4 shows over one weekend.  LTF 2014 held at Freedom Park also featuring 4 shows over four days. Following a break in 2015, LTF 2016 supported by First Bank Nigeria featured 109 shows, over 6 days in 19 venues working with 35 theatre companies.

In 2017, the Lagos Theatre Festival theme is ‘Rhythm of the City’ and the festival will run from Tuesday 28 February 2017 to 05 March 2017 in various venues around Lagos with two festival hubs, one each on the island and mainland. The fringe is an open access festival for all genres in the performing arts (small theatre, children’s theatre, dance, film, spoken word, comedy, puppetry, cabaret, music and interdisciplinary arts) and is designed to allow performers/companies  not participating in the curated festival an opportunity to present work for viewing, an excellent avenue to get involved in the Festival program, try out ideas and receive audience and delegate feedback but will be included in all promotional campaigns for the festival and in some cases will be programmed at venues.

The theme ‘Rhythm of the City’ was selected to capture through performance, the sounds of Lagos expressed in the comings and goings, the repetitive activities and the music of the city. We hope to see work created that reflects specific auditory perspectives like noises, rhythm, beats, language, etc. from a range of socio-economic and geographic groupings across Lagos.

To present work as part of the fringe festival, please fill the Fringe Producer Form 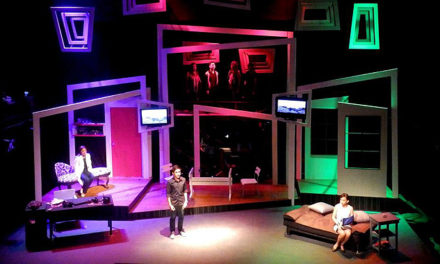