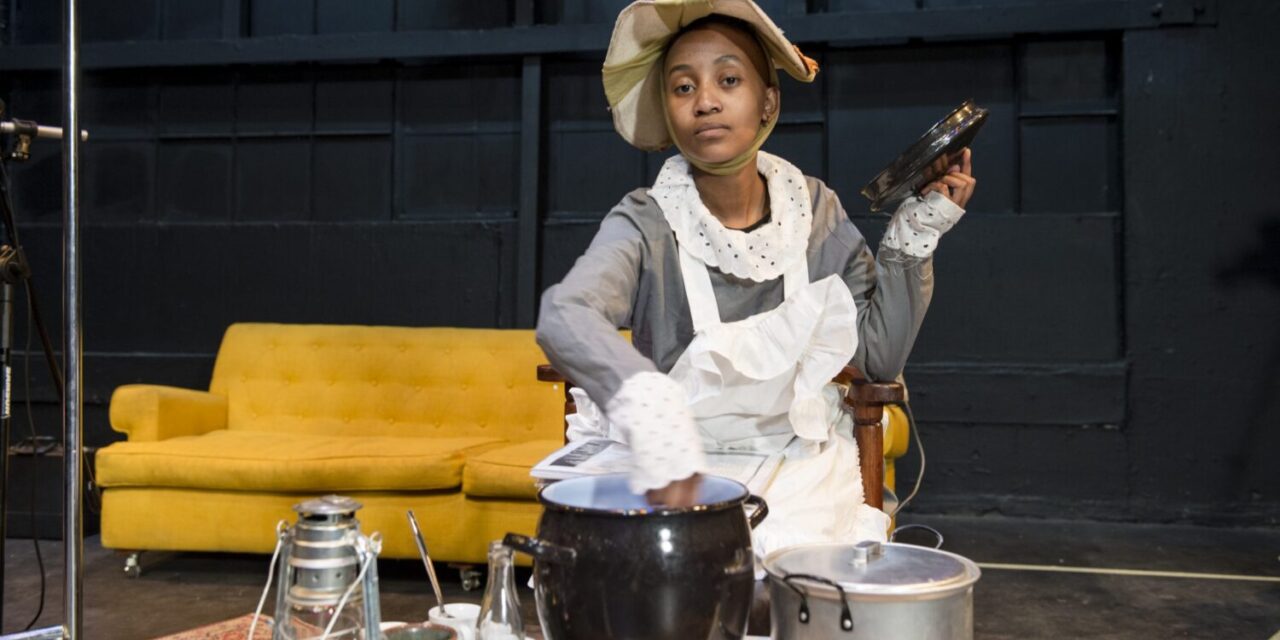 An intimate listening party of The Empire Builders, an immersive audio production performed by the Kwasha! Theatre Company, is a bold experiment in alternative theatre! Presented by the French Institute of South Africa (IFAS) and the Market Laboratory, the production took place in the Lindalani Gallery of the Market Theatre just a week or so after it had been launched for free public listening on its purpose-made website.

In what is possibly a first in South Africa and perhaps the continent, this innovative binaural theatrical production, which promises to give the listener a sense of space and dimension of the world of the play (and) which was recorded on separate microphones, ensuring that when listening it is transmitted separately into each ear, was not only novel and ground-breaking, but also futuristic in how the listener is invited to add their own nuances, ideas, and color to co-creating the world of the play and its characters. One could argue that The Empire Builders is exactly the kind of non-contact audio-based theatre experience needed, but also the only kind possible during a time where gatherings are prohibited, theatres are closed or only allowing limited numbers, humanity has been battered, cowed and curfewed into submission by COVID-19, and the ever-changing regulations make any kind of planning a nightmarish experience.

Introducing brave and visionary first-time director, Dintshitile Mashile, The Empire Builders was recorded as live theatre, albeit without an audience, in an actual theatre, with actors fully in costume, all of which was part of a daring directorial vision to bring to life this challenging play. The masterful sound design of Yogin Sullaphen, given how sound was the main element of the play, needs to be noted and celebrated, for this cannot have been an easy feat.

It is perhaps serendipitous then that the choice of staging such a production depicting a bleak, dark and suffocating world was selected to be staged, for it not only epitomizes how many in the world have felt and still do, but also the hopelessness which has engulfed the world as the pandemic rages on. With a choice of listening to the three-episode play in one sitting or per episode, The Empire Builders, which was described as an “immersive audio experience,” certainly does so much more, and thus represents bold alternative audio-based theatre which opens up new avenues for actors, but also for audiences, as the limits of which have existed are pushed and stretched to dream up a broader theatre-verse.

The play was written by Boris Vian, a celebrated French writer, poet, critic, actor, musician, singer, translator, engineer and inventor best known for his poems, short stories and plays, most of which depict the human condition as being absurd, bleak and dark – one best known proponent of such work being Samuel Beckett and his seminal Waiting for Godot.

This article was originally posted on The African Theatre Magazine on March 6, 2021, and has been reposted with permission. To read the original article, click here.