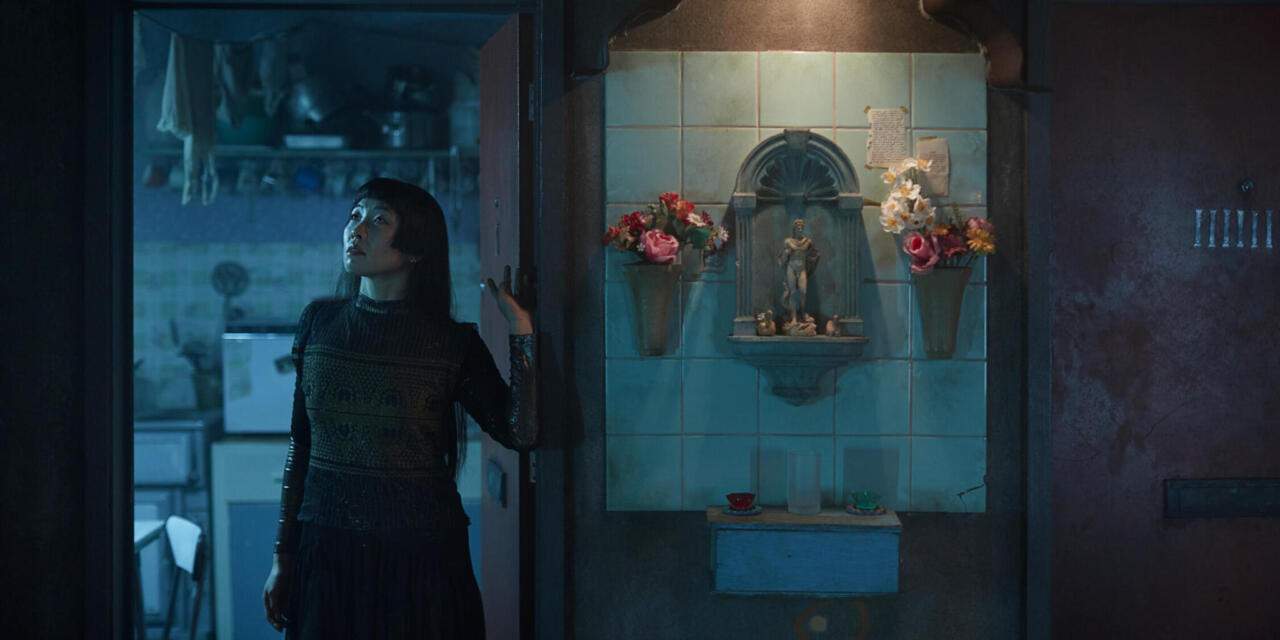 Punchdrunk theatre, the eponymous progenitors of “immersive theatre,” have been wowing their audiences worldwide since their early modest beginnings in Devon in the year 2000. Due to the nature of their audience engagement – whereby ticketholders are unmoored from any seating, masked up and scattered around multiple elaborately designed rooms to find their own way through the dreamlike narrative – every single person who has ever seen a Punchdrunk show will have had very individual experiences and subsequent memories of these. And yet, there are always moments of shared recognition.

Given twenty-two years of the company’s existence, it is in fact hard for those familiar with the work not to cast their minds back to previous Punchdrunk experiences for comparison. My points of reference, for example, include Sleep No More (2009), the super-commercial version of Macbeth set in an office block in New York, at the end of which I felt completely helpless, anxious and convinced that I had missed out on all key content despite having paid an incommensurately high price for the privilege. By comparison, The Burnt City, a take on the Trojan war, currently on in Woolwich, London, is a far more satisfying experience. For a start, the audience – double-masked up: with covid masks and the regular white Punchdrunk ones – are more carefully led into the space in a way that resembles a museum tour. We gaze at Greek vases in glass cases while we listen to the relevant tannoyed explanations about their narrative significance, foreshadowing the experience that is about to follow. When under the ongoing narration the final glass case is however shown to be broken and its vase missing, it is clear the theatre experience has begun.

Hugely helpful in mitigating the experience of disorientation and the fear of missing out, is the fact that the biggest performance space – a two tiered open plan industrial polygon – is very near to the actual entrance into the scenographic labyrinth, guaranteeing imminent action at the outset of the journey. Here it is possible to see, on one level, Agamemnon’s sacrifice of his daughter Iphigenia to the gods in exchange for military success, and on the other, his subsequent punishment for such murderous ambitions in the hands of her mother Clytemnestra. At times there are satisfying moments in store here for the audience able to watch seemingly unrelated simultaneous bits of action taking place on different levels at once.

The immersion is mostly achieved through an intense, droning, atmospheric soundscape that envelopes the space as a whole – but the space is so large there is never any danger of standing uncomfortably close to anyone. Whether occasionally adorned in ostentations headgear or more frequently unmasked, the eminently charismatic performers are also distinguished by lithe, muscular bodies and hypnotically elegant movement, even when they are performing seemingly mundane tasks in the elaborately designed micro-chambers.

Truth be told, it is not always entirely clear what it is the audience is watching – and if it has anything to do with the source materials drawn from Aeschylus and Euripides – as we meander through Chinese quarters, florists shops, tenement apartments, cinemas, amusement arcades and replica backstreets. Some of these may even serve to simply offer flashbacks to some of the previous signature Punchdrunk environments. However, when we chance upon a group of women silently confronted and gradually encircled by a group of men, the unsettling impression of a beleaguered Trojan city – and the violence that will follow – is more than clear.

As before, this Punchdrunk show also has a rousing dance finale that marks the end of the theatrical proceedings but the way home, as ever, leads via the bar. The Punchdrunk bar in which a cabaret atmosphere reigns throughout the duration of the show has long been a fixture positioned at the intersection of multiple deliberate and accidental routes – offering respite, atmospheric counterpoint or commercial indulgence to the tired theatrical travellers. And your feet do hurt after a few hours of walking and/or being policed by the ushers away from randomly taking a rest on the floor or on some seemingly convenient piece of furniture.

Aside from the ample investment returns that involve a memory bank for the audience, increased dramaturgical maturity and generative self-reflexive performativity, Punchdrunk’s coming of age also implies a slight novelty fatigue. To what extent and in what way is this immersivity – contained in the controlled perambulation through tightly designed spaces – actually immersive? Academic Emma Cole’s fascinating essay in The Burnt City programme likens the Punchdrunk immersivity to the ancient Greek concept ‘enargeia’ – translated as the quality of ‘extreme vividness’ in narrative accounts, such that Cole notes its first level of meaning as a factor of influence on the verdicts of ancient law court juries. The difference, according to Cole, between this kind of ancient immersion and one engendered by Punchdrunk shows is that ‘[i]n the former the imagined world enters our contemporary moment, while in the latter, we step into the other world’, but ‘the effect of both experiences is the same’.

Whether that’s truly so is up to the audience to decide.

Within the last couple of weeks, the London audiences have had a chance to see the same source material staged in two different ways – the traditional proscenium arch version directed by Ivo Van Hove – Age of Rage shown at the Barbican, and Punchdrunk’s immersive The Burnt City. Both use the engulfing power of sound, often at the exclusion of narration, in order to create an effect. For example, in the former the audience watches the spectacular sacrifice of Iphigenia chained to their seat by the ancient tradition of theatre-going, in the latter, the audience are supposedly free to come as close or as far to the actors performing this gruelling event. But is proximity the key factor in the thoughts and feelings we generate in response to performance? And if not, what is it?

I have heard various responses to these questions, so ultimately – the jury is still out and you’ll have to decide for yourself if you can get there.