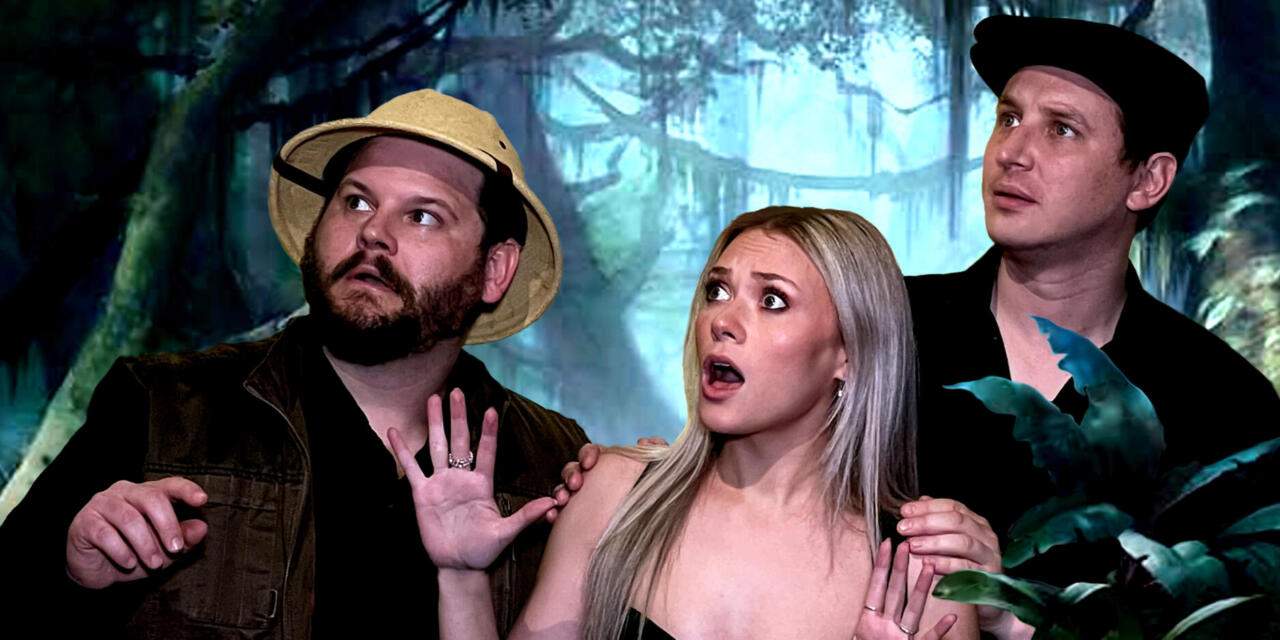 Since its original 1933 film debut, the story of King Kong has become a mainstay of America’s, and New York City’s, popular culture, with the great ape’s skyscraper showdown as much a civic emblem as the Empire State Building itself. Fittingly, as the movie’s 90th anniversary approaches, Radiotheatre, an NYC-based group known for live, sound-focused takes on classic tales of adventure, fantasy, and horror, honors the story’s roots and its own company history with a remount of its long-running King Kong audio play. Simply staged in a West Village church sanctuary, Radiotheatre’s adaptation leans into the story’s sonic aspects, and our own imaginations, for an engaging twist on a popular tale.

Adapted by Dan Bianchi from Merian C. Cooper’s 1933 script, and produced in repertory since 2006, Radiotheatre’s King Kong exists as a live audio play, staged for in-person audiences but drawing from the aural-focused practices of classic radio dramas. Though Bianchi stations the cast behind music stands, the piece’s rich sound, ambient lighting, fog effects, and projected video elevate its production values beyond those of traditional staged readings for a full-sensory experience.

Early encounters with native tribes yield more suspicion than results, but when Ann is taken as a human sacrifice, the group’s rescue mission brings them face-to-face with Kong, an enormous, hostile ape. Enamored with his new captive, Kong flees with Ann to his mountain lair, battling Denham’s crew and an array of prehistoric monsters in fierce defense of his terrain. After freeing Ann and subduing Kong with heavy artillery, Denham brings the monster back to New York, eager to revive his career with a live exhibition of the captive primate. When Kong breaks free and terrorizes the city, his rampage, and the heroes’ pursuit, leads to the monster’s downfall and the rooftop climax we all know and love.

Scaling down an epic film into an eighty-minute, minimally staged, audio-driven format is no easy task, but the cast’s skill and Wes Shippee’s polished technical direction greet the challenge. Walczak epitomizes Denham’s smarmy showmanship, while Zilinyi, as both Skipper and de facto narrator, mirrors our hindsight knowledge of the mission’s disastrous end. Likewise, Schulz and Land prove appealing foils-turned-lovers as the cagey Jack and innocent Ann. Notwithstanding the script’s dated racial tropes, Isaac J. Conner lends howling intensity to the island’s native chief, and earnestness to the fast-talking reporters, crew members, and bystanders of Kong’s narrative.

Paired with story-driven text, King Kong’s audio effects build the worlds of island and city through ambient soundscapes, bestial growling, stirring music, and cacophonous action noise. Dramatic lighting, smoke effects, and video backdrops support these elements and foster a more traditionally theatrical presentation. Accustomed as audiences may be to receiving the Kong story in full-scale visual form, narrated depictions of monstrous battles can, at times, take us out of the experience, but the aforementioned trappings and story’s strength carry the show without much sense of lack. Thanks to our cultural familiarity with the plot, our imaginations fill in the gaps and allow us to bond over the delight of a stirring adventure tale.

The concept of a live audio play, and Radiotheatre’s ongoing success, may equally puzzle and fascinate modern audiences: why, with countless forms of technology, entertainment, and visual stimuli at our fingertips, would we continue to embrace this medium? Perhaps the answer lies in the simple human need for story, and shared experience, a need which transcends format and historical circumstance. Whether gathered around a radio, a screen, or (thankfully, again) a stage, the pull of a gripping narrative never fails to connect us, and it is this truth that keeps King Kong, and Radiotheatre itself, steadily appealing.

This article was originally published by Theatre Is Easy on June 5, 2022, and has been reposted with permission. To read the original post, click here. 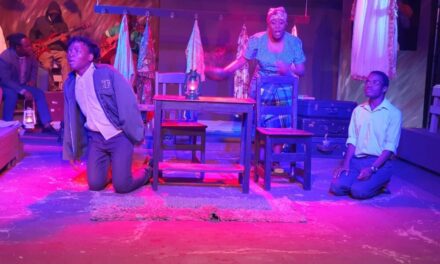 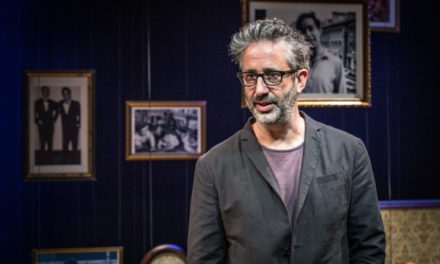 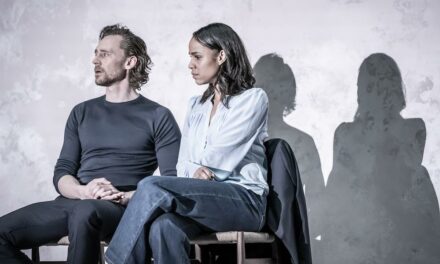