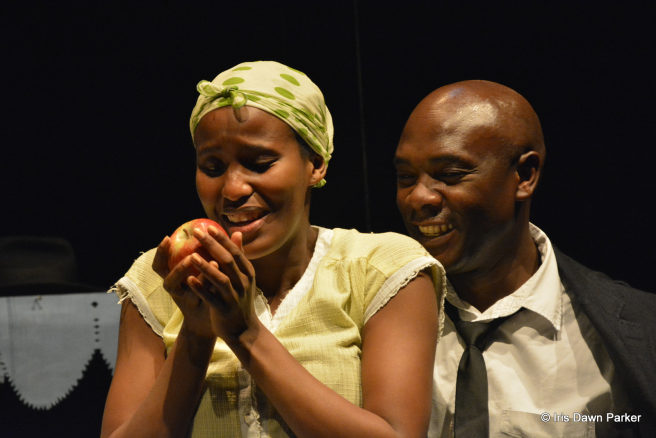 The audience members were vocal in their approval from start to finish with Es’kia Mphalele’s The Suitcase, a reminder of how important and inspirational stories that reflect lives will always be.

This is the third reincarnation of this production, adapted and directed by James Ngcobo, which started at The Baxter Theatre in Cape Town more than a decade ago, evolved for the opening of the Soweto Theatre and now this current production, which was revived for a UK tour with original members Thwala and Lata with Dube and Mbangeni, new additions. 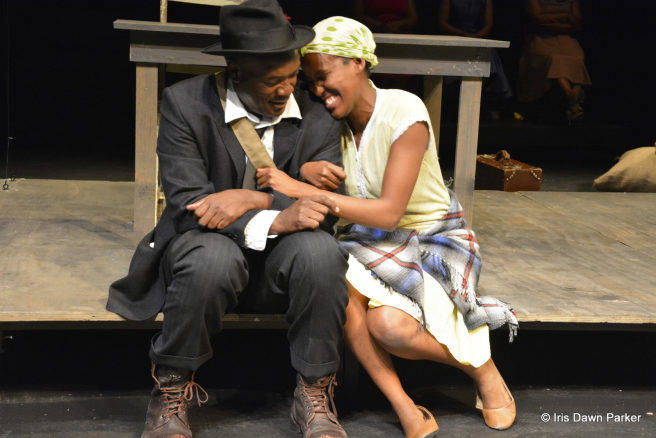 And none of its power is lost. If anything, it grows in strength as Ngcobo, adds, takes away, uses the space differently, plays with the pace, and approaches the music from a different perspective, which in this instance with the three women singers, seems to reflect on the times.

Also in sync with the times is the spotlight on the poor and their particular dilemma. For many, it is unthinkable not to have somewhere to turn to in times of distress, yet in the real world, that’s a luxury and an option not many are privileged to have.

When you are battling for survival, there usually aren’t any safety nets and that makes every day precarious.

For Timi and Namhla, that’s a way of life and they have moved to the big city in pursuit of their dreams. They do still have those and their strongest suit is their love. They’re partners in everything they do and get their strength from one another – until it all becomes too much to bear. But for that desperate chance, says Timi, who seemingly loses hope and yet …

Set in the days of apartheid, it is a reminder of where we come from but also that for these particular people in today’s world, not much has changed. The safety net is still not there and their days are as precarious as they ever were. And that’s sad. The poor seem to get poorer in a world where greed is what drives the powerful.

One of the fascinating things about seeing this play in its different incarnations is Thwala’s growth through the years. He is older and that adds to the substance of the performance. Each step is taken with so much more impetus as if everything this man does determines what comes next.

But all of the sweetness between the two lovebirds is still there, the lifeline that exists in this family and carries them into their future. Masasa with her beautiful depth of voice offers a gentle strength for her man as he struggles to find something to keep them going in their battle for a better life. And it gives her older character a gravitas which adds to the story.

As the two narrators as well as numerous other characters, both Dube and Lata are seasoned performers who know when to milk a specific scene and how far to go without stepping completely out of character – and the story demands their kind of tomfoolery. 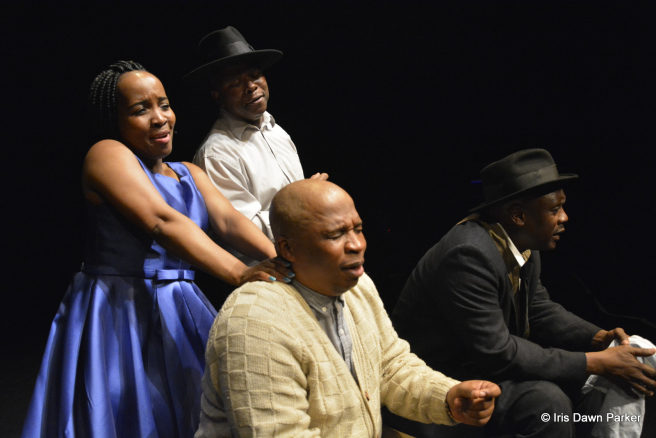 To hold it all together, there’s the music that is both haunting and heavenly with Khoza’s guitar accompaniment for three sublime voices in unison and solo, holding the show in a very specific ambiance. It’s quite something.

The Suitcase is a story, sometimes sublime and sometimes extraordinarily sad, that captures both the good and the bad, and in these specific times, it again underlines the lives of others, and how those without, so often slip through the cracks.

The production runs at the Market Theatre in Johannesburg until November 26, 2017.

Diane de Beer is a freelance journalist and blogger. She is a seasoned art critic and panelist for national theatre awards.
http://debeernecessities.com/