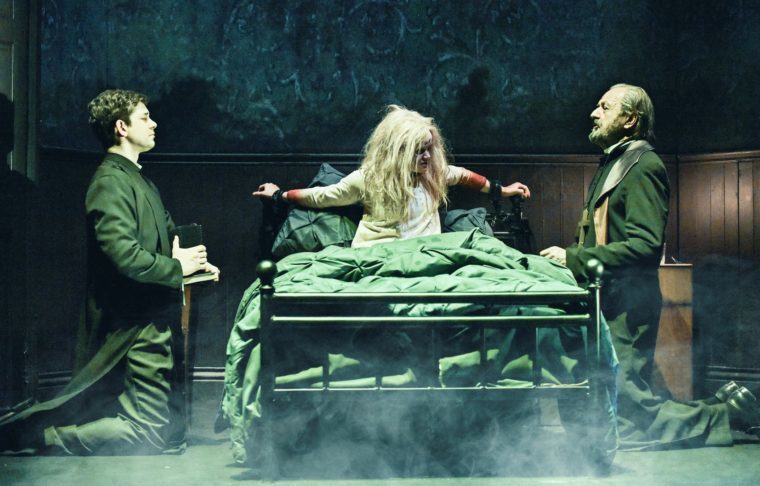 The stage production of "The Exorcist" from the Birmingham Rep in 2016. Press photo

“Whenever I tell anybody I’m doing an adaptation of The Exorcist, the first question is: ‘Will the head turn around?’ The second is: ‘Are you going to have green vomit?’” With a smile and just a hint of weariness, American playwright John Pielmeier adds: “I don’t think our vomit is going to be green.”

Faithfulness to the precise hue of sick aside, how do you successfully translate one of the scariest movies ever made to the theatre? The stage version arrives in the West End just in time for Halloween, but the much-loved and much-feared 1973 film is both blessing and curse for an adaptor.

The tale first told in William Peter Blatty’s best-selling novel is now a hugely successful franchise, with spin-off books and a recent TV series as well as William Friedkin’s film. There remains a huge audience for the still-shocking story of a little girl possessed by a demon.

Yet it comes with a whole haunted house full of baggage and audience expectations, including the 360-degree rotation of heads. Although some special effects look pretty creaky now, the film so disturbed audiences that it was banned from home-video release in the UK for 11 years. Anyone putting it on stage has to grapple with those moments or risk a major letdown.

And so the production, directed by Sean Mathias, has employed stage illusionist Ben Hart to help audience imaginations do the devil’s work. “When somebody asks if I can make somebody levitate or a head spin, it’s not that different to my 9-to-5,” he says. “Theatre is magic and magic is theatre.” 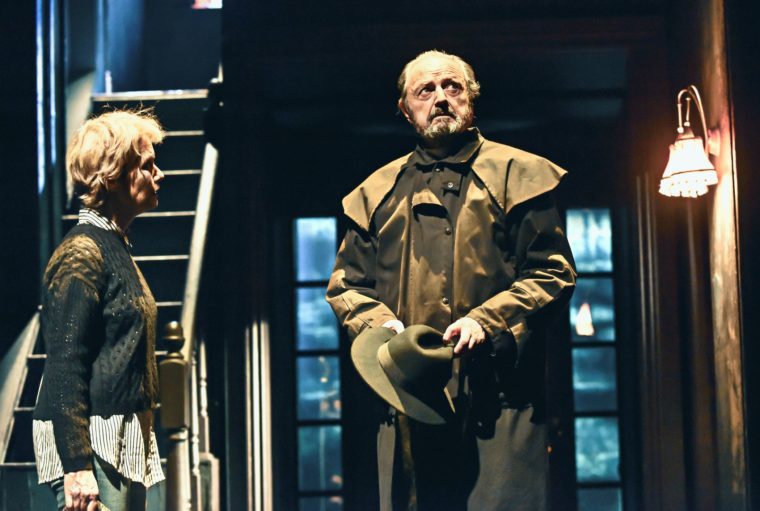 In some ways, his job is easier. “The audience wants to get lost in a story, whereas in a magic show they want to remain analytical.” He also points out that, handily, audiences bring their own fear to the theatre–and it spreads. “The minute you turn out the lights, people invent things in their own mind. It’s almost like mass hypnosis, that crowd mentality. Fear is catching.”

Hart refuses to spill on the exact mechanics of head-spins or levitations for fear of spoiling the, er, fun. But the job has seen him up to his neck in (fake) bodily fluids – he recently went home on the Tube covered in prototype puke.

After trying vegetable and split pea soups, he settled on a corn-starch solution. “We have to use something which is not food-based or it will rot, but it has to be bile-like. I’ve had to find stage blood that will wash easily because we’re doing two shows a day. And I’ve had to research the capacity of a bladder, for the amount of piss.”

The production has had a long, not always easy, journey to the West End, where it stars Jenny Seagrove, the voice of Ian McKellen as the demon, and adult actress Clare Louise Connolly as 12-year-old Regan (the directors decided the role would be too harrowing for a child). 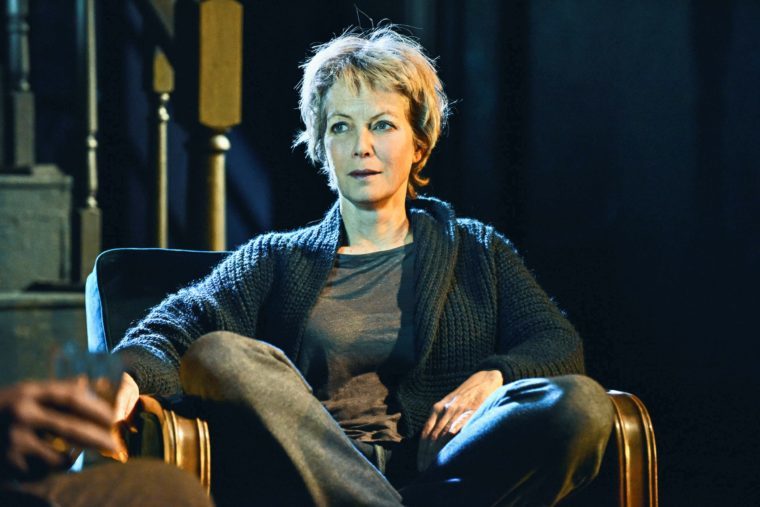 Pielmeier finished a very different first draft in 2009, with the blessing of Blatty. “I wanted to do a scaled-back, bare-bones production,” he explains. In 2012, it was produced in Los Angeles, to a lukewarm response. “It was creepy, but not scary in the way people wanted. I rethought the concept and added a lot of special effects. It’s quite unsettling.”

But he insists the show is about more than gore. “Friedken has been quoted as saying, ‘it isn’t a horror movie, it’s a story of hope. We have to believe there’s a way out of the darkness.’” Indeed, the ending involves a Christian act of self-sacrifice and redemption. “It’s a positive story. And God knows we need that now more than ever.”

The Exorcist is at the Phoenix Theatre, London WC2, to March 10.

This post originally appeared in iNews on October 27, 2017, and has been reposted with permission.